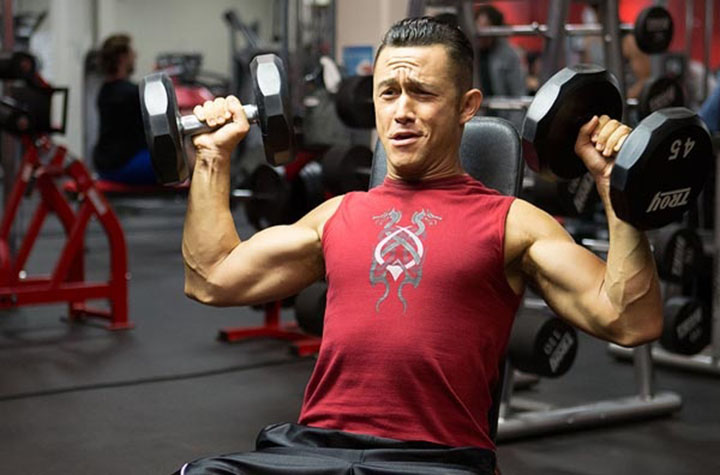 Gordon-Levitt plays Jon Martello, the epitome of every stereotypical New Jersey meat head you’ve ever seen drunkenly flop his way across your TV, except slightly less drunk and with a bit more dignity. Jon’s primary goal is to find energizing moments in life through sex.

No amount of perfect 10s (or “dimes” as Jon and his two fellow club prowlers, Rob Brown and an amusing and sad Jeremy Luke say) can reach Jon’s fantasy level expectations. But when he sees Barbara (a fantastic Scarlett Johansson) he thinks he might have met the woman who can reach his expectations and make him feel whole. Barbara however has just as many unrealistic ideas about love and what her Prince Charming should be, as our New Jersey hero does about sex (substituting for “love” here) and women.

Maddeningly enough, Gordon-Levitt smartly doesn’t let either Jon or Barbara be perfect people. They both have conceptualizations of what life and love should be that can’t possibly be achieved anywhere but on a screen. The characters — from Jon and his holy trinity of sex, church (Jon fists pumps upon getting only five hail Mary’s at his weekly confessions), family, the New Jersey Princess Barbara to Jon’s Mom (Glenne Headly), the Italian Mother who craves grandchildren — are all stereotypes.

But they’re stereotypes that the audience is so familiar with that we can recognize any emotional changes the characters go through from where they started.

Here’s hoping Gordon-Levitt’s next project is a failure for once. Just one tiny career-ruining slip up is all I ask!