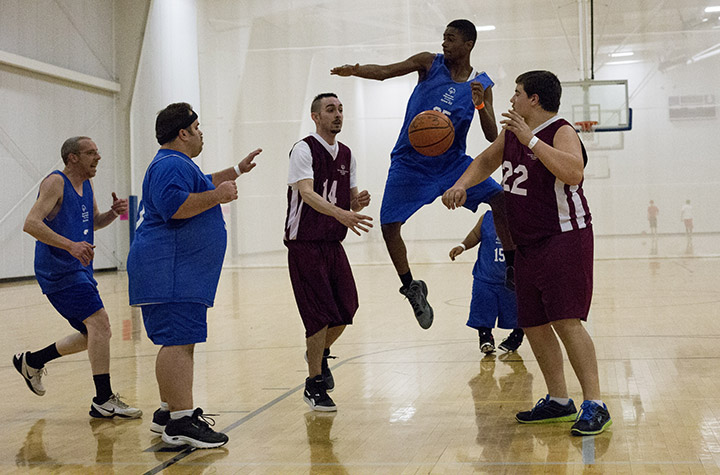 Mt. Pleasant was one of the cities chosen to host a tournament and held the tournament at Morey Courts Recreation Center.

The bleachers were filled with proud, supportive parents and the student athletes had matching jerseys with numbers on them to help make the game more authentic.

Clifford Marble of the Northland Huskies traveled with his team to Morey Courts to battle other schools for the first place title.

Marble said it felt good to come out to the tournament and see several people come out and support him.

“The best part about being in the tournament is seeing how many games our team can win and try to get first place,” Marble said.

The relationship with your team plays a huge role in Clifford’s team advancing to the winner’s game.

“My relationship with my team is good and the most important quality is working as a team,” Marble said.

“The overall experience of having fun is what it’s all about for him,” Steve said.

An aspect of the game Steve said he really admired is the positive attitude and sportsmanship that was on display.

“People should learn from these kids,” Steve said. “You don’t see any poor sports. The coaches are always positive and let all the players play an equal amount of minutes.  It’s a learning experience for everyone.”

Sophomore Cody Bruce attended the event as well, but not as a spectator or player. Bruce chose to volunteer as a referee for the event.

This was Bruce’s first time volunteering at the event and he said he looks forward to coming back next year to volunteer again.

“I wanted to volunteer because I worked with Special Olympics before,” Bruce said. “It was a humbling experience to referee these athletes and see what they can do.”