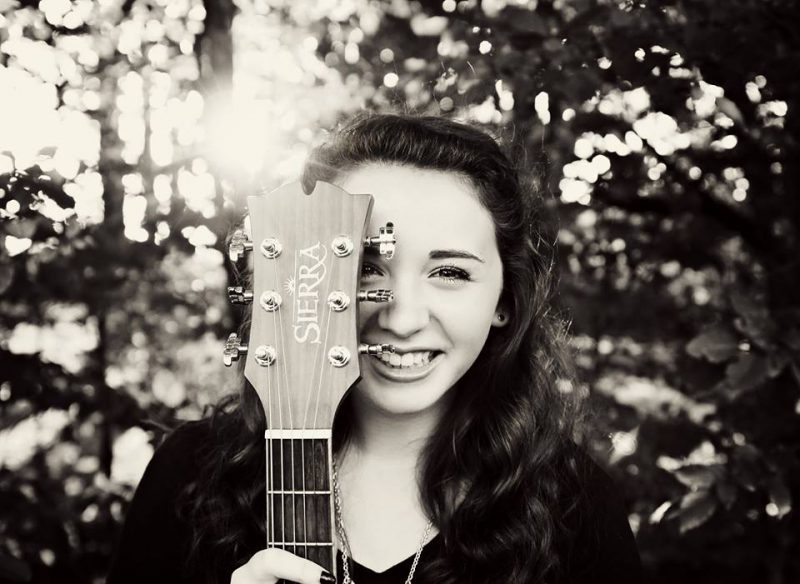 For most, being vulnerable is a struggle. Not so for Emily Yob. A sophomore from Clare, Yob is a professional singer, songwriter and musician who placed third in the nation last year for songwriting at the Fine Arts Competition.

Grand Central: When and how did you get started in music?
Emily Yob: Actually, Hannah Montana really inspired me when I was little. I wrote my first song in 5th grade and learned guitar in 6th grade, so I’ve been writing and playing for a long time.

GC: What instruments do you play?
EY: I play guitar and ukulele, but I’m trying to get familiar with piano!

GC: What song and/or band are you loving right now?
EY: Right now I really love Jon Bellion. I was introduced to him last fall and every song by him has so much depth and meaning but also sounds so good. I would recommend him to anyone, he won’t disappoint.

GC: Is there any genre you’d love to branch out in?
EY: I think I would like to branch out into the electronic/pop genre like Jon if I ever had the chance. I want to make something that’s fun to listen to, but also spread a good message. Right now my sound is kind of coffee shop-esque which is fun, but one day I’d like to grow in my sound.