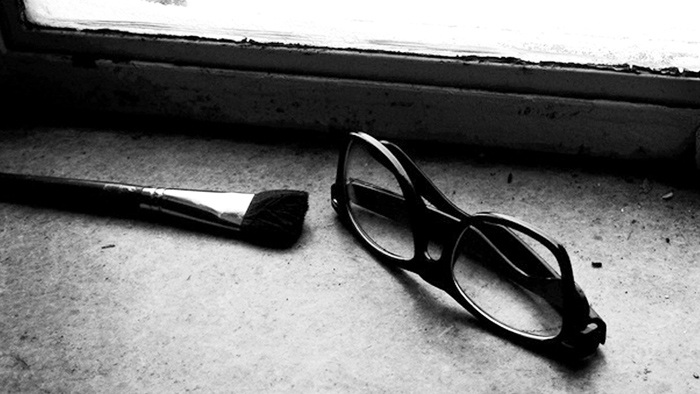 You have seen these kids before. They’re the little hipsters who strut around acting outgoing and sweet. The kids who wear the flannels, the cuffed ankle jeans, the nice old-fashioned loafers, all topped off with the 1940’s style haircuts. The last piece of their painfully unoriginal façade is the thick-rimmed fake glasses, now referred to as “readers”.

I don’t know about you, but I don’t particularly find these boys interesting, especially their nonsensical glasses. What is the point? Why do they complete your outfit? Why do girls find them so cute? Where did you buy those? Did you buy them? Are they your grandpas real glasses and you can’t actually see right now? What about the ones without the lenses, did you break your grandpas glasses?

felt this hostile way about “readers” for a long time. Then, something unusual and unexpected happened. I met a boy who is a DJ. I would talk with a hipster boy without the readers, and I would talk to a preppy boy. This one just happened to be a DJ. I attended one of his shows with my group of friends and guess what he was wearing as he spun? The readers.

Yes, I was taken entirely by surprise. I kept thinking to myself as his set continued. Although I attempted to fight it, later in the night I found myself loving his fake glasses. I couldn’t keep my eyes off of him and it was all because of those devious little readers.

I now find boys who wear readers to be unbelievably irresistible. Maybe I didn’t feel this way because I had never had feelings for someone who wore them, unlike the other girls that I saw drooling over them. Drooling over them isn’t even a strong enough phrase for my new response to readers. Every time I see that DJ boy I ask him to wear them. I ogle people who wear them at parties or in school.

I realized that the fake glasses add a cuteness and sexiness that was nonexistent before. The thick shiny black rims rest on their cheekbones and draw attention to the wearers’ eyes. Wearing them can complete outfits and the glasses can also give you a different look than your own typical one. They are just wonderful.

In GQ Magazine, the article “Tommy Ton’s Street Style: New York” published Sept. 19, 2011 and photographed by Tommy Ton featured the daily style of men in New York. In many of these photographs the old fashioned, thick-rimmed hipster glasses can be found, worn as both sunglasses and “readers”. They truly are a big fashion statement.

I actually ordered two pairs of readers from Urban Outfitters. Yes, Urban Outfitters, the main supplier of hipster boy equipment. One pair is brown and round sort of like your old grandpa’s glasses. Another pair are the classic black rimmed kind. I am slightly ashamed, only because I am a little late on the trend. Also probably because the questions, “What? Look at their dumb glasses. Don’t they realize how dumb they look? I mean they’re not even real glasses. Why is that even cool to do?” would come out of my mouth every time my friends and I saw someone wearing them.

Taking a second look at these stupid fake glasses was a pretty good idea. My advice would be to go buy some. You’ll look fabulous.