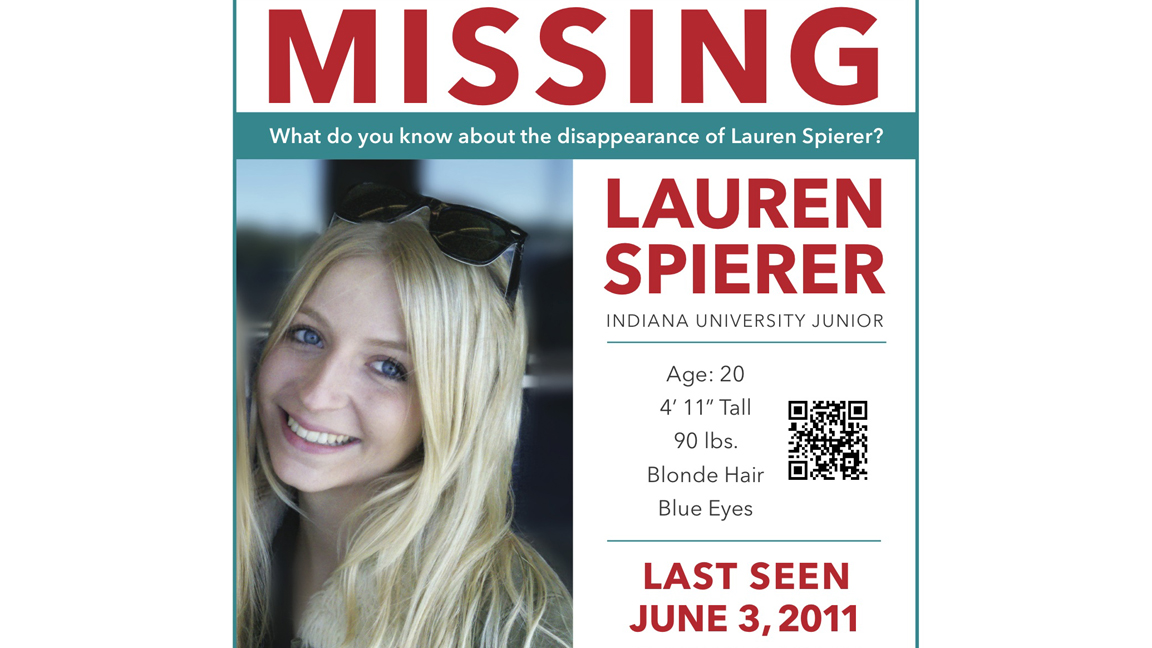 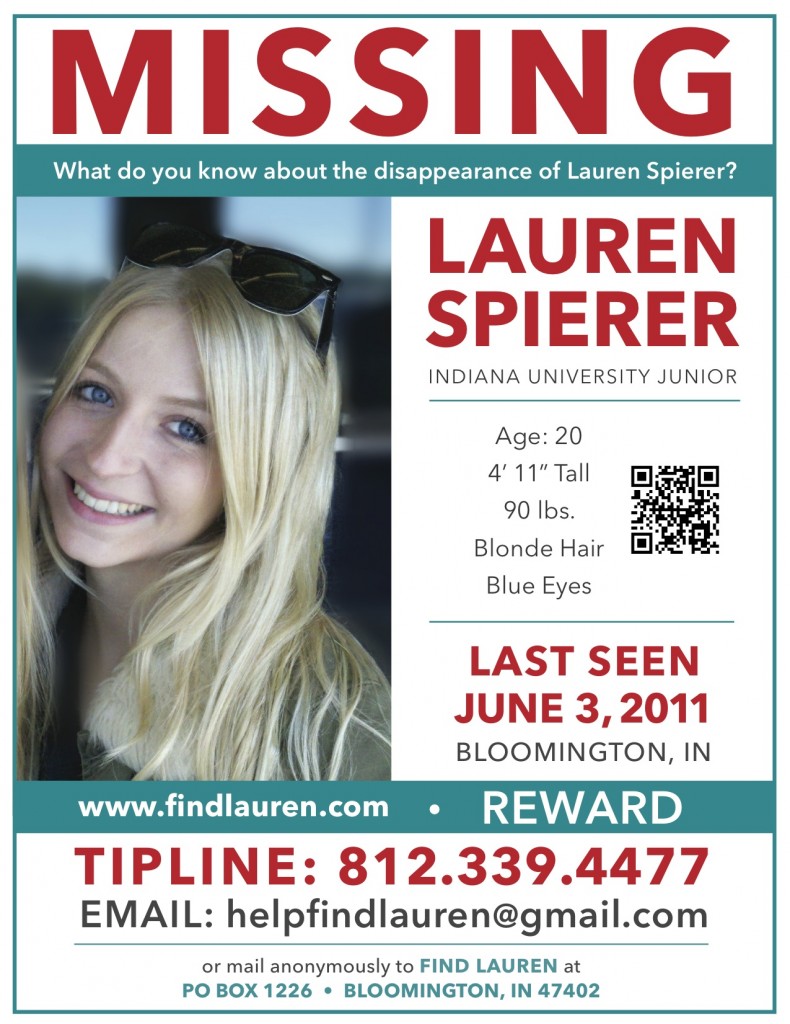 She wandered back into the night without shoes on. Maybe you’ve done it too, in drunken stride to a nearby apartment or home from the bar on a Thursday night. Your feet ache, but it’s warm and you’re too tired to care. You’re close to your destination and not worried–you know every side street and oddity in your neighborhood. And so did she.

Her high heels and cell phone were found at the bar the next day. Her purse would eventually be discovered in an alley she may have walked through that night. The Twitter account that reports on the investigation of her disappearance reads under its location, “I am all of you, everywhere.” Lauren Spierer, 20 and a student at Indiana University, has been missing since June 3, 2011.

She was going to intern in New York City this summer. She was probably nervous and excited about it the day she vanished. Perhaps she wanted to calm some jitters in a night out with friends she wouldn’t see for a while. We students are easily sucked into the glory of a good time. Statistics aren’t even necessary to etch out the gravity of how much we party—it’s inherent of college culture. We feel safe in the confines of our college town bubble.

And you’ve probably had a night like Lauren’s. Though details are still obscure even to investigators, her evening mirrored a typical college outing. According to police reports, she went to the bar with three friends and ended up at one of the friend’s apartments later in the night. At 4:15 a.m. she left the apartment unaccompanied, despite allegedly being asked not to leave. It’s unclear whether Lauren actually attempted to walk home alone or stayed with the friend as it’s based on his account, but either way she wasn’t safe.

Lauren’s parents have issued warnings, begging university students be aware of their surroundings and make good friend choices. As we proceed further into the semester, their pleas and daughter’s story illuminate this issue of college safety. We can demand the need for more taxi services in college towns. The wait for a cab can be hours on weekends, prompting the impatient to elect the “soberest” friend to drive home. We can argue for more campus “safe rides” or organize a designated driver system with friends; though impractical by most students’ standards it’s already the norm in Greek life. But beyond these criticisms is another call-to-action more demanding. It’s what Lauren’s parents urged: a personal commitment.

How do we strengthen our sense of accountability? Though no specific person can yet be blamed for Lauren’s disappearance–based on the night’s presumed events–it’s important to question our habits. The person who last saw Lauren did something common of students. He supposedly allowed an inebriated woman to walk home alone. A mutual friendship requires feeling responsible for the well-being of another person. Humanity requires empathy. Whether Lauren had been a friend or a complete stranger, he didn’t feel responsible for her or wasn’t perceptive enough to recognize her need for guidance. Like most college students he may have assumed she’d be okay, just like when people at the party say the stranger who’s passed out and short of breath will be “fine.” We need to recognize our mere presence as liability.

I’ll admit that I recently walked back to my apartment, naively alone. It was late, but there were still people drinking on porches, voices and music reverberating through the streets. As I reached my door I thought of Lauren and how she never made it to hers. All it takes is mustering $3 for a cab, asking a friend to escort you home, or supervising someone–anyone–who warrants need. Do it for Lauren.