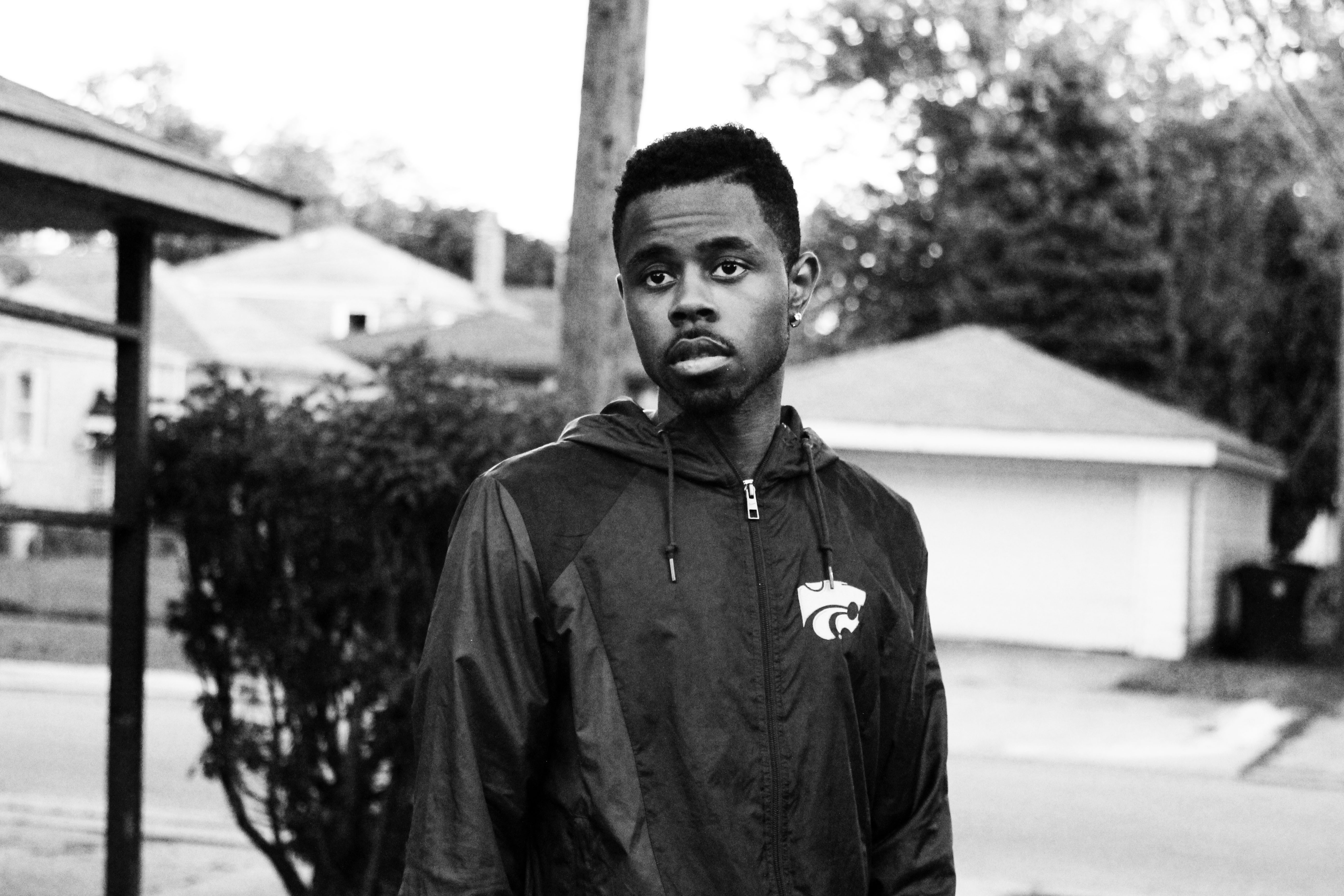 When someone says they want to be a rapper or a hip-hop artist, people usually laugh behind their back. When peers are asked to “give my song a listen,” they don’t even bother to know the track’s name.

In the age of social media and other electronic mediums, kids and young adults across the country are becoming amateur rappers, recording and editing their own music in hopes to have the lifestyle of their rapping idols on MTV and YouTube.

This kid-wanting-to-be-rapper phenomenon has not gone unnoticed, and thousands of Millennials have become tired and even annoyed of fellow peers following their dreams to become a hip-hop celebrity.

Unfortunately, when someone has the special and rare gift of creatively rhyming over a musical beat, listeners seldom give them a chance because of their prejudice towards the up-and-coming rapper.

Cassius Tae, however, is not just another rapper.

“I work with a lot of hip-hop artists on campus, and Tae’s the one,” Thibault Ruellan, president of Moore Media Records at Central Michigan University, said about his friend.

If anyone would know about Tae’s talent and music, it would be Ruellan, who is Tae’s recording and mixing engineer and close friend.

Describing Tae’s music, the CMU junior carefully chose the words hopeful, real life and something to believe in.

Rap artists have been historically known for rapping about materials – luxuries, cars, clothes and pursuing women – and objects they want but don’t have. Ruellan said Tae’s lyrics are nothing like that. He strictly adheres to real life stories and situations of himself and people he knows.

“Everything he says is real,” Ruellan said about Tae’s lyrics.

As for the rapper himself, the 21-year-old Chicago native said he believes all his tapes should be about his own current or past life situations. Simply put, every track refers to his life and his thoughts.

During the writing process, the CMU junior thinks of how he can make a song that’s not for him, but his listeners. Moreover, Tae desires to put his lyrics in such a way that makes people want to listen to the song over and over again.

Tae added he only releases a song if he truly enjoys it, even if people in his inner circle are pushing him to do so.

“I’ve never put out something that I haven’t rocked with,” he said.

These words aren’t just hoopla. Tae’s methodic selection of his songs and lyrics have bared some fruit. The rapper’s album, “New Beginnings,” which was released in March of 2014, has over 8,690 plays on the music streaming website Audiomack.

In track No. 2, “Tae’s Monologue,” the artist gives insight as to why he chose Cassius Tae as his rap name:

Tae said the name Cassius comes from Cassius Clay, the original name of boxing legend Muhammed Ali. The Tae derives from a nickname he was given by a close female friend back home.

Although a name like Cassius has big shoes to fill, the young artist surely has confidence he can fit them.

“I exemplify greatness,” he said.

Nonetheless, the rapper is aware he has a long way to go in order to become a well-known and highly praised rapper. Despite his playbacks on Audiomack, Tae is still searching for popularity on Central Michigan University’s campus.

Tae said he definitely has the talent to become big on campus, he simply needs “the juice,” a term he used to describe someone with connections and promotional ability.

This does not mean the artist is not known at all. Tae said he is highly known by the black community on campus because it is small, allowing it to be more connected.

On the other hand, Tae said he is not known among the majority white student population on campus because they are dispersed in their own “clicks.” He said if he becomes well-known in these highly popular majority white groups and organizations, his name will be recognized campus wide.

As of late, Tae has been putting the words into actions. The rapper performed at the popular CMU student club Wayside Central Feb. 25 for the event “Sick Drops and Hip Hop,” a showcase of both electronic dance music – known as EDM – and hip-hop put on by Moore Media Records.

Tae said being a rapper on the come-up can be intimidating at times because they seldom give you a chance to show your talent, however, Tae knows the quality of music can win listeners over.

“I could rap all day, but that’s not gonna make the money. People want content, people want melody, they want lyrics,” he said.

Making money isn’t Cassius’ goal, but becoming a full-time hip-hop artist is. Tae is pursuing a degree in broadcast and cinematic arts currently, but said he is not getting a college education as a backup plan; it is something he has wanted to do since childhood.

Since Tae was eight years old, he has wanted to become a rapper. During his childhood, he used to record songs with his friends by rapping into a digital recorder while a boom box would be blasting a beat in the background. After some practice, Tae could come up with lines on the spot that were so catchy, his friends would easily memorize them.

Although he didn’t record any music in high school, students at Seton Academy in South Holland, Ill., knew he was talented by his freestyle battles with fellow students every Friday in the lunchroom.

During this time, Cassius had a guidance counselor who he loved. During one of their conversations, the young woman said Cassius had the “it” factor.

Ruellan agrees, and said when you walk into a room, you instantly know Cassius has the talent, which is something the artist plans to hold on to for a lifetime.

“What I came into the world with is what I plan to leave with. And that’s my talent,” Tae said.

(Note: The subject of the interview asked that his actual name not be used in the feature and preferred that he be referenced by his rap name, Cassius Tae).