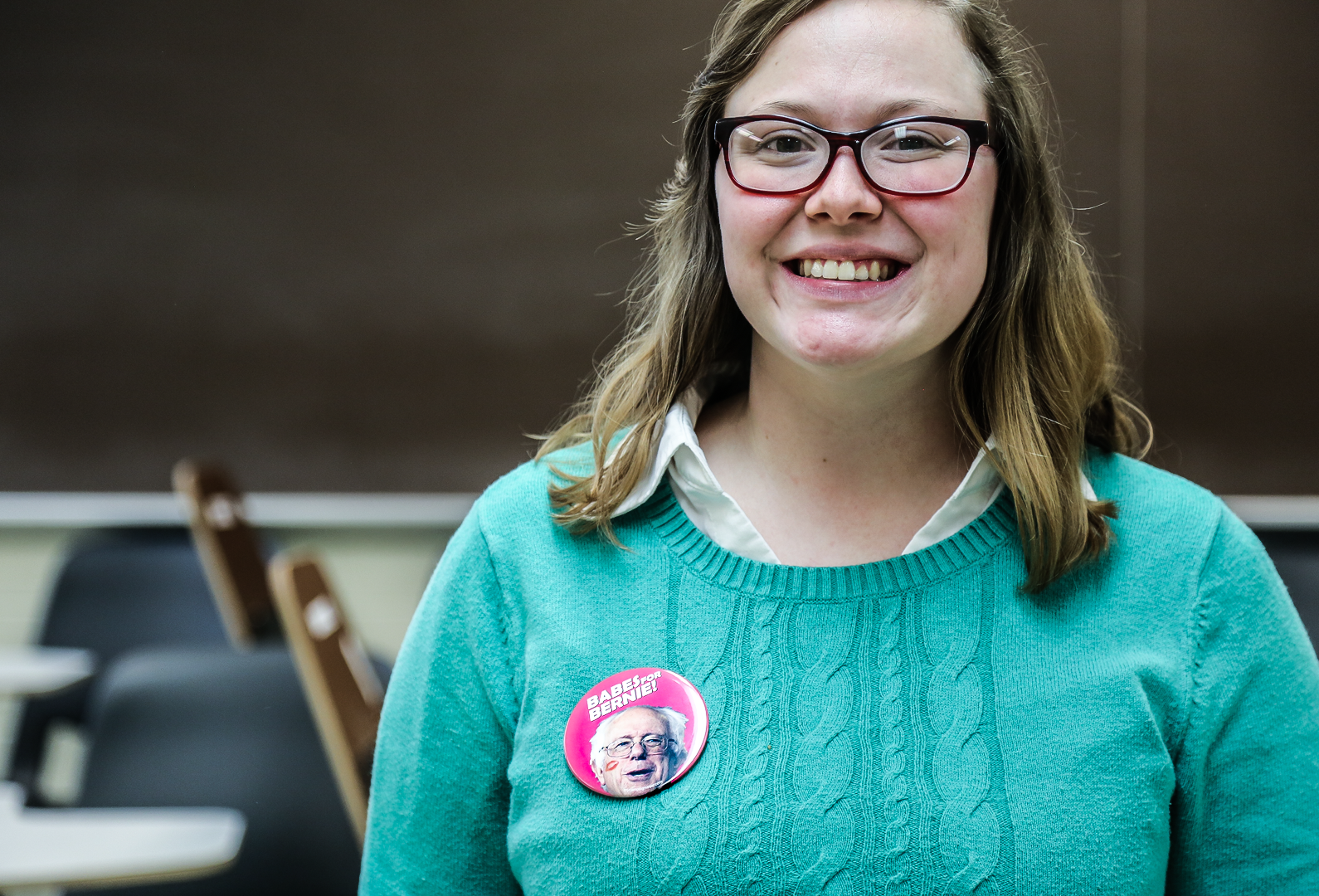 I went to Bernie Sanders’ rally in East Lansing. I think that the older generation think young people aren’t as involved, but Bernie represents the youth in the country who might not have validation in the political world. He gives us a voice and is not condescending.