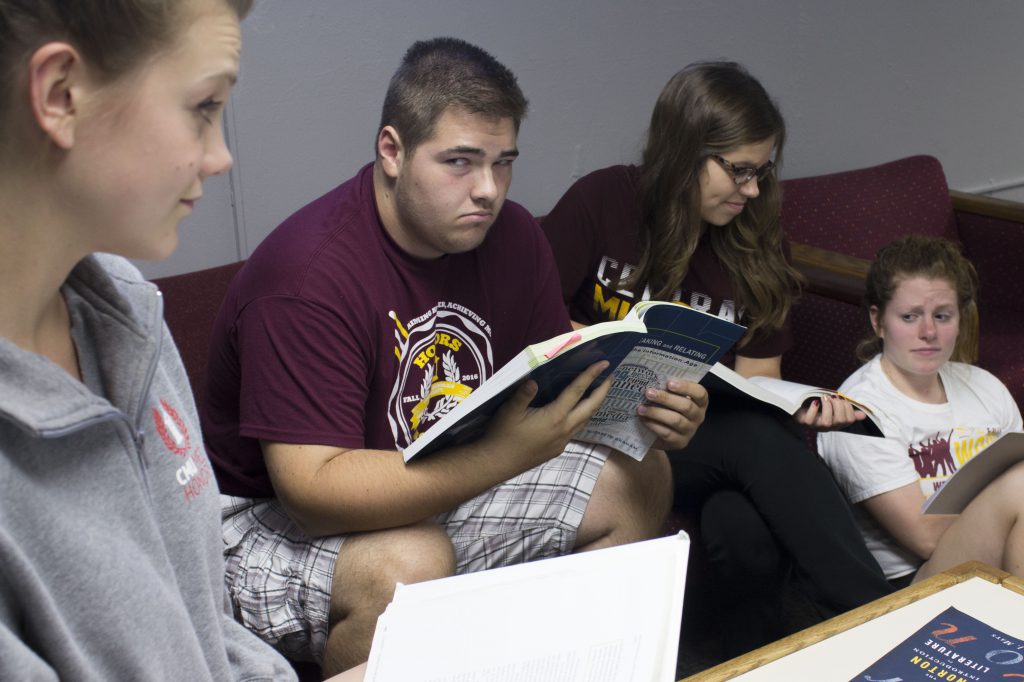 The phrase, “you’ll be put in groups to complete the project” has the power to draw up a collective sigh from college students.

No matter who you’re paired up with, it always seems as though one or two people do all of the work while the other students just coast through. Especially when everyone ends up with the same grade.

As frustrating as it may be, there are some solid steps you can take to make a project with even the most unfortunate pairings a more productive and enjoyable experience.

1. Set clear guidelines and timelines.
Too often, for the first few weeks or days of a group project, nothing gets done, or one person does too much because no set plan has been determined for how to accomplish everything.

Early in the fall semester, I was partnered with someone on a massive project, and though we divided the work, we didn’t establish any deadlines for when things should be done. I ended up finishing my part within a few days, while they took almost an entire week. This left us with significantly less time to edit after our professor made suggestions for how to fix our project. This led to several late, high stress nights as we tried to fix everything.

Don’t let this be the case: during your very first group meeting, determine what needs to get done by what dates, and who is responsible for doing it. This way, everyone is held accountable for their part of the project, and it’s easy to determine who was in charge of getting something done if it ends up falling through. Don’t be afraid to be the person who follows up with people to make sure they’re getting their stuff done, or seeing if they need help. After all, you’re sharing a grade with them.

2. Use Google Docs and other online resources.
There are some people who always want to work on every aspect of the group project together, even when you’re completing your individual tasks. This will often cause annoyances among group members as they try to rearrange their schedule to accommodate these many meetings.

A friend of mine was peeved earlier in the semester when her group for a two-page paper wanted to meet for a few hours to write it together as opposed to assigning each person their own part and then meeting to edit for a few minutes the next day.

Instead, use online resources such as Google Docs and Google Slides that allow you to complete most of the individual work on your own time. Save working as a group for editing through the document or presentation so that everyone can add input to other parts of the presentation without stepping on any toes.

3. Handle the process with maturity.
Sometimes, you just won’t be able to get along with people that you’re forced to work with. That’s life, so learning to deal is a good skill to develop while in college as it will certainly help you in the future.

It’s unrealistic to believe that you’ll be able to work closely with someone who frustrates you so deeply without venting about it. However, you must be smart about who you vent to.

Don’t vent to many people, keep it off social media and definitely not to any mutual friends. Avoid discussing the issues with other people in the group and class is also advisable, as this could potentially lead to more drama.

If issues with this group member go beyond just personal distaste, consider talking to them about it directly. If they aren’t pulling their weight with the project, or keep undermining your ideas, be sure to address it with them. Don’t go to a professor with issues unless you have already tried everything else to resolve them –  it is not the professors job to make you get along or contribute equally.

During a recent PRSSA professionals panel, when asked what advice they would give to aspiring professional, one practitioner mentioned being courteous and mature when working with people you didn’t like it college. She explained that those people, especially if they end up working in the same field as you, may be someone helping you get a job someday. If all they remember is a poor experience spent working with you on a group project, they aren’t going to help you out.

So, as predictably awful as they may be, you can survive those group projects. Be direct and specific about what each group member needs to complete, use group time to finalize your plans while everyone contributes individually, and be careful what (and to whom) you discuss the projects with.