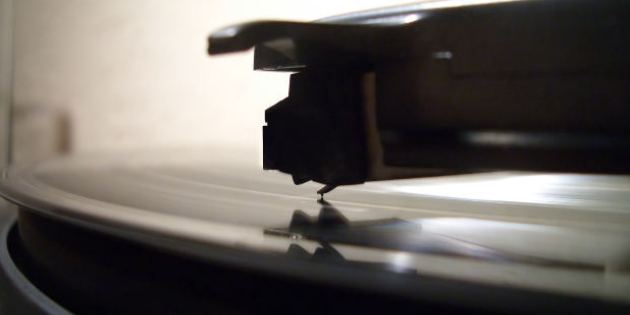 Static strolls neatly from the speakers and then the scratchy sound of dust collecting and wear and tear crawls out as the needle is dropped and glides. It makes its graceful rounds over and over until the serving of music runs dry.

Just like the power of change, the experience of a long-playing record (LP) is only had by those in this era who actively seek it. Variation in generations can be observed by examining music: its members and mediums.

The LP is a flattened and carved disc with artwork interpreted by an oracle needle. It is tangible, weighty and durable and takes cooperation and time to produce. The generation in which vinyl reigned supreme possessed efficacy and persistence toward goals that can be described similarly. Nothing was instantly obtained and no one expected it to be. Results had to be wanted, needed.

The music of the ‘60s and ‘70s fueled an overthrow of normality with sex, drugs and rock and roll music and let’s face it: it got shit done.

With the thirst for truth and accountability insatiable, journalists of the days were able to dethrone a president, end a war and take America closer to democracy with the expansion of minority and women’s rights. This was the generation in which the outcome of Hiroshima and Nagasaki was fully realized and the staggering capability of a government straying from its people recognized. They wanted it stopped and so they fought for their desired results.

Now fast forward to the current generation’s digitally streaming music; it’s quickly accessible, easily produced and replicated and provides instantaneous gratification to overly-stimulated masses. A product of amazing computer evolution, streaming music has contributed to a culture that is insatiable yet ineffective and grossly apathetic.

The clout of technology has perpetuated the notion that everything is easily accessible but overshadows the thought that perhaps the ideas and goals worth fulfilling are not handed on a silver platter. We are a generation that is instantly gratified and left eternally void.

A brief recent high in America came with the Occupy Movement, in which protesters took to the streets and actually vocalized their dissatisfaction. The problem with these protests was their complete lack of organization. There was a communication breakdown.  A movement with no clear mission, no realistic goals and no discussion easily leads to crumbling solidarity.

Sure, Occupy was recognized by the president and other federal authorities, but was it really anything more than a blip on this generation’s radar with a catchy slogan (“We Are the 99 Percent”)?

Do we lack innovation because we lack quality, unique, worthy and well-deserved experiences?

The static begins again as the needle is lifted and is put back in its place. It is the current generation’s turn to make the music and make the change. The question is not can we, but will we?