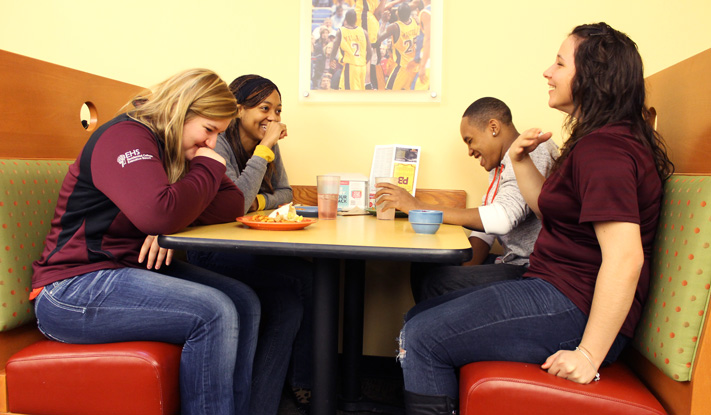 I had just set foot in the mountainous town of Boulder, Colo. fresh from a summer living in the relatively flat city of Chicago, Ill. The stark lack of diversity had never stared me in the face so intently.

The imminent need for diversity has been expressed by nearly every college in the United States. It’s a thing, here. It’s a big deal. But no one is talking about why.

No one is saying how beneficial it is to learn from another person you are intensely different from. No one tells you it will make you more self-aware, no one tells you how it will give you a better sense of the world you live in.

The greatest lessons are taught from the humans we differ from the most. The jaw-dropping, eye-opening moments aren’t from the person sitting next to you that also was raised Christian in a middle-class suburb in Detroit.

The greatest lessons are learned from the students fresh off an airplane from Japan. The jaw-dropping moment happens when you overhear a conversation behind you in Spanish, and you realize how small and insignificant your tiny world actually is.

Diversity isn’t just numbers in a spreadsheet, it’s not a scholarship essay or a ploy to raise enrollment. It’s a teacher that many people are too busy to listen to, too afraid to ask questions to, and too exploited to appreciate.

By reaping the benefits of diversity, we are able to understand the world around us better. Instead of being completely ignorant to practices and beliefs different than our own, we can see them happening before us and respectfully question them.

Diversity strengthens a community. Every decision you make is a product of a previous experience, we act based on what we expect to happen. Different backgrounds, ethnicities, and practices produce different decision-making, different thought processes, and a full circle of past experiences to build and grow off of.

It’s more than just a tactic to convince you to give away more money. Diversity enhances a learning environment, something we forget we’re living in the midst of sometimes.

Perhaps the most personally beneficial aspect of diversity is the creativity it creates. What better to inspire your mind and challenge your wits than a person who disputes everything you know. Diversity is powerful, it’s a catalyst for good ideas and important questions that need to be asked.

The concept is just as important for the majority as it is for the minority, also. Students coming from abroad shouldn’t be cornered to experience and learn just one culture.

If America is such a melting pot, lets make soup and eat it too. The lessons we can learn from other cultures, races, religions, backgrounds and ethnicities are worth more than the classes we’re enrolled in as students, so sit up straight and take notes.