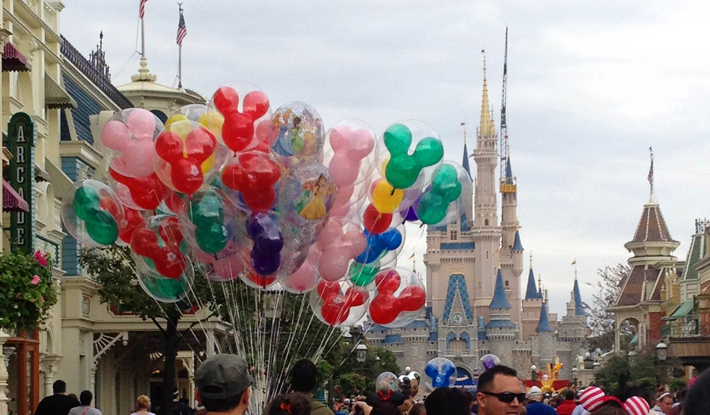 This time of year often suffocates me with nostalgia. Not because I have fond memories of winter or the cold, but because I once took a semester off to leave the cold, and it was the best decision of my life.

In middle school, I made a pact with myself to not spend spring semester of my sophomore year of college on campus. I had no idea where I wanted to go to school at the time, but I knew I was going to study abroad and it was going to be during my second year of school.

Come sophomore year of college, I had plans to go to England, but I was eventually presented with a very different opportunity. In October of 2011, I was accepted into the Disney College Program for the spring of 2012.  Because I had also been accepted into Kingston University in London, I spent a couple weeks wallowing in self-pity because I had no idea where I was going.

The decision I made was tough, but I eventually decided to participate in the Disney College Program instead of going to London. The more I discussed it with my family, the more we agreed that London was out of our budget. I was sad that I was turning down an opportunity to study theatre in a city with such a famous theatrical background, but I knew the Disney College Program was a great opportunity as well.

The program is a paid internship with housing and transportation to and from work provided. You get to work for a Fortune 500 company, and you get into Disney World for free. My family never took trips to Disney World when I was a kid. Though I had been able to go once when I was a 13 with a friend’s family, I was eager to experience the magic that I had heard so much about growing up.

I’ll admit I was going through a bad breakup at the time, and I thought that spending a semester in the happiest place on earth would fix everything. I wasn’t running away, per se, but I was definitely welcoming a change of scenery with open arms.

It turns out, I was right. The program changed my life. I knew it would be hard leaving friends and family behind for a while, but I was happy to get away from all the (at the time) bad memories. My Disney roommate was going through personal stuff as well, and we were able to help support each other when things got tough.

I had the opportunity to spend a semester with a friend from school, and through our programs, we were able to build a solid friendship that is still quite strong.  Living with five roommates taught me how to deal with problems that arise without being passive aggressive. I learned that moving away from home isn’t as tough as it sounds because we are surrounded by ways to stay connected.

I missed my parents while I was away, but being alone really encouraged me to meet new people and experience new things. I was also able to network with successful artists who work in the field I want to work in. Being away from Michigan for a winter was just an extra bonus.

One of the greatest moments of my Disney College Program was when I was taking a ride with my friend. I don’t remember where we were going, but I do know he was driving his Jeep, and we had the day off. I looked out the window at the sunny Florida sky, put my feet on the dashboard, and took a deep sigh. That’s when it hit me — problems aren’t forever. At least, they don’t have to be.

Time really does heal all wounds, and as cliche as it sounds, life goes on. When I looked over at my friend, we briefly made eye contact, and I could tell he felt the same way.

I don’t think it’s necessary to leave home to have this revelation, and it certainly isn’t limited to the Disney College Program, but I often wonder what would have happened if I had stayed at home and kept living my life the way I had been taught. Would I have grown that much as a person, or would I have gotten stuck in the same old rut and limited myself to what was in front of me?

Sure, we were just driving somewhere but I could relive the circumstances that led me to that car ride in an instant, because I know it was then that I fully realized exactly how lucky I am and how grand life really is.

If you’ve ever considered leaving home for a while, I would absolutely urge you to do so. I still promote studying abroad to everyone I know, but there are plenty of ways to experience something new without leaving the country. I only ask that you don’t put limitations on yourself. Push yourself to be all that you can be in everything that you do. For me, leaving home helped me do that.

Nothing will teach you more than leaving home and learning to not only survive, but also truly live somewhere else.

My educational experience would be significantly less meaningful had I not spent a semester somewhere outside my comfort zone. Central offers plenty of different opportunities for those who are ready for an adventure. So tell me, what are you waiting for?