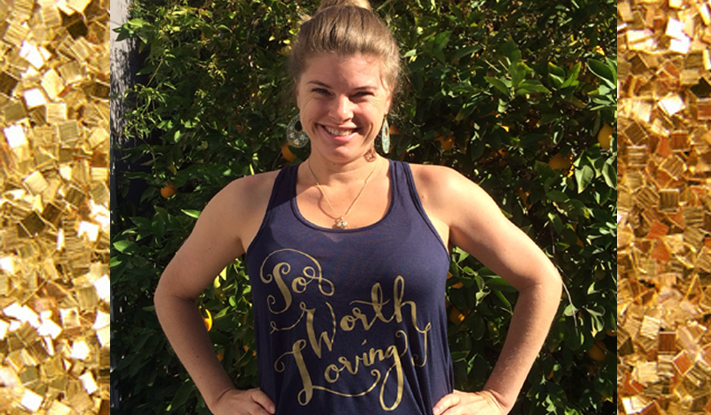 Health advice is all around us. From the red carpet to People Magazine, from college campuses to social networking sites, we are bombarded with messages on how to “look and feel our best.”

Weight is such a sensitive subject that I normally try to avoid it. I don’t like talking about exercise regimes or diets, and I really hate when people insult how others look.

I will preface this by saying I do not think an eating disorder is something to take lightly. I have seen eating disorders destroy lives first hand, and I have watched some of the strongest people I know attempt to battle the monster inside of them that tells them they aren’t good enough.

I think it’s important to note that an eating disorder is a mental illness, and I find it very sad that our society promotes something so traumatizing. The media exposes us to images of what society considers the perfect human body, but these ideals are typically unattainable to the masses. They promote an unrealistic expectation of what a “beautiful” person should look like because they emphasize a perfect body instead of taking into account that beauty is also influenced by someone’s personality.

Lately, I’ve been spending a lot of time scrolling through Tumblr, and I’ve been baffled by what I’ve seen in regards to healthy lifestyles. I follow a few blogs that aim to inspire positive, healthy ways of living, but I also follow a few recovery blogs to support my friends who are recovering from eating disorders. Some of the blogs I follow are BackOnPointe and BeHealthyEatHappy.

One of the blogs posted a quote that said, “stressing about what you eat is unhealthier than eating something ‘bad’ for you. Relax and enjoy life. You’re still beautiful.”

I was shocked by how hard this quote hit me because I realized I completely agreed. Time and time again, I see people stressing about what they’re eating, saying that in order to have a slice of cake, they have to run an extra 30 minutes at the gym. I see girls who are smaller than me counting calories to the point of obsession because society tells them they have to look a certain way or else they’re ugly.

Personally, I am not a calorie counter, nor do I spend any amount of time at the gym. I eat whatever I want whenever I want to, and I play up the fact that I don’t care how I look. The truth is, I know I’m out of shape. It’s difficult for me to lift anything over about 15 pounds, and I run out of breath when I walk up three flights of stairs.

I know going to the gym is good for me, and to be honest, I’ll probably die of clogged arteries because I eat so poorly. I love eating though. I get so much enjoyment from eating my favorite foods, which range from french fries to pasta to cookies to steak. I’m terrified that the day I start limiting carbs or cutting out anything unhealthy is the day I’ll stop enjoying something I love — eating.

I truly believe that my desire to enjoy food, which is necessary for survival, helps me stay small. I know I could use time at the gym, but it seems to me that the people who stress about every tiny thing they eat are the ones who can never drop “the last five pounds.” They’re the ones who let the negative voice inside them control how they feel about life. As Buddha puts it, “All that we are is the result of what we have thought. The mind is everything. What we think we become.”

An eating disorder can disrupt literally every aspect of a person’s life, I’ve seen it firsthand. It becomes an obsession that haunts someone until all they think about is how many calories they’re putting into their body and how many calories they need to burn in order to make it seem like they ate nothing. I’ve watched friends disappear when they no longer want to eat around others. I’ve seen the pure disgust on someone’s face who can’t look at their reflection in the mirror because they despise what they see.

You don’t have to be diagnosed by a doctor to have an eating disorder. Letting an obsession about food or working out control your every thought deserves as much attention as someone diagnosed with bulimia. It’s also important to understand that someone who isn’t obviously underweight could also be suffering from an eating disorder because an eating disorder is a mental illness just like depression or anxiety. Just because someone isn’t obviously struggling with their weight doesn’t mean they don’t spend too much time obsessing over what they’re eating and not enough time just living life to the fullest.

For those who are struggling with the pressures of being healthy, there are a number of good sources that can help alleviate pressure. If keeping track of your progress at the gym is really important to you, I like using MyFitnessPal. It’s a free app that allows you to record your diet and daily activity so you know how many calories you’re taking in and how many you are using on a daily basis.

I have also heard very good things about the app Recovery Record, which is intended for people with general eating, weight, and shape concerns. The app can be used as a self-help tool for managing your journey through recovery. As always, there are also counselors on campus that you can talk to for free if you wish.

I only ask one thing of everyone reading this: remember you’re beautiful, OK?