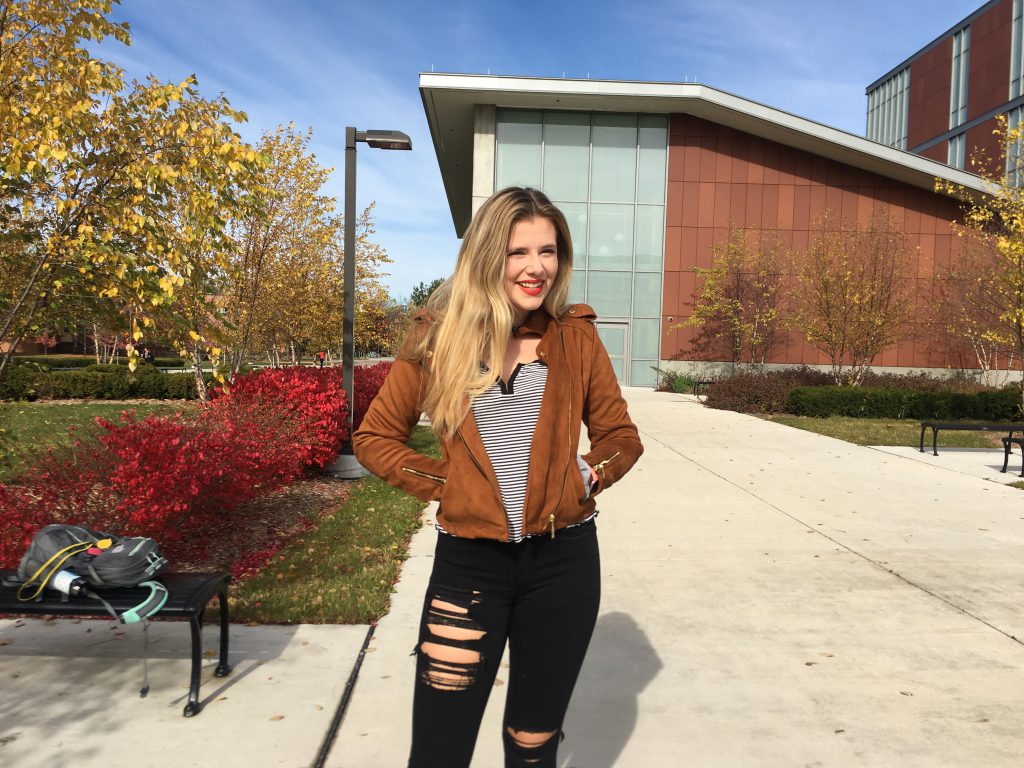 People often wear outfits with the purpose of it saying something to those they see. What an outfit says can translate easily between the person wearing it and other people, or it could be lost in translation. So, we asked students to describe their outfits and then asked other students what they thought about those outfits to see if their outfits gave off the same vibe they wanted it to. 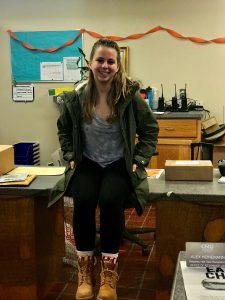 Sophomore Alex Heinemann wears a gray and white tie-dyed top with black leggings topped with an army green jacket. Finishing off her look, Heinemann wears tan Timberland’s with red and cream socks that stick out of the top of her boots.

“I didn’t want to take a shower this morning, so I put my hair in a half up-half down pony. I had class at 9:30 across campus and I woke up at 9:00 so I wanted to put together something that works,” Heinemann said. “If you look at my outfit as a whole, I am wearing Timb’s and a dark green jacket so it’s more edgy like a grunge look. I’m not sure if that was my intention, but it’s what I got.”

The outside perspectives on Heinemann’s outfit were not far off from her thoughts on what her outfit says.

Usually, men’s and women’s perspectives on how an outfit is perceived differ, yet for this outfit the ideas are quite similar.

“It looks like she dressed for comfort on a gloomy Michigan day,” sophomore Luke Rogers said. 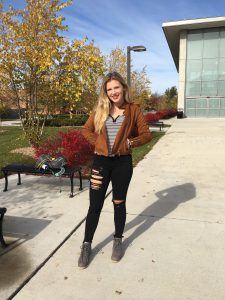 Kos had a much simpler idea of what her outfit said compared to what other people had perceived.

“If I saw someone wearing that and it was early, I would assume they had something important to do because I don’t have the motivation to get ready that early,” freshman Nallely Castro said. “But if it was later in the afternoon and I saw her, I wouldn’t pay much attention to her or the outfit. I would just think it was a cute outfit.”

The outside perspectives for this outfit are quite similar, though the male perspective is a bit more simplified.

“I think she looks dressed up in a way, like ready to learn and she has good time management skills,” freshman Robbie Rekar said. 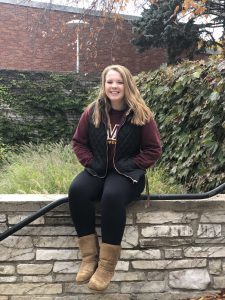 “I was feeling a bit lazy today, but my outfit was warm and comfy which was nice considering the cold weather,” sophomore Caitlin Madlener said.

For Madlener, what her outfit says was translated to other people just as she had intended it to do.

“I think it says that she’s comfy and dresses down for a chilly day to her classes. Also fire up chips,” freshman Breanna Roberts said.

The male perspective on this was just as spot-on as the female for Madlener’s cold weather outfit.

“I think it’s a nice fall look. I might be a little bit bias because I wear a vest like that all the time,” freshman Jarrod Kimble said. 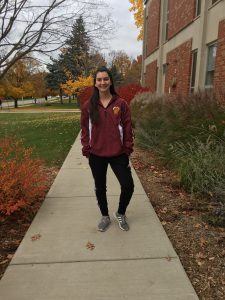 “My outfit says I wanted to be comfy today and focus on school and not what I looked like because I had to get up early,” sophomore Lauryn Bailey said.

Both outside perspectives had the general concept of what Bailey was going for with her easy-going outfit.

Continuing the trend, the male perspective on this outfit was similar to the intended meaning of the outfit and the female outlook on the outfit.

“She looks very athletic like she’s going to go for a run in that outfit,” freshman Grant Folkert said.