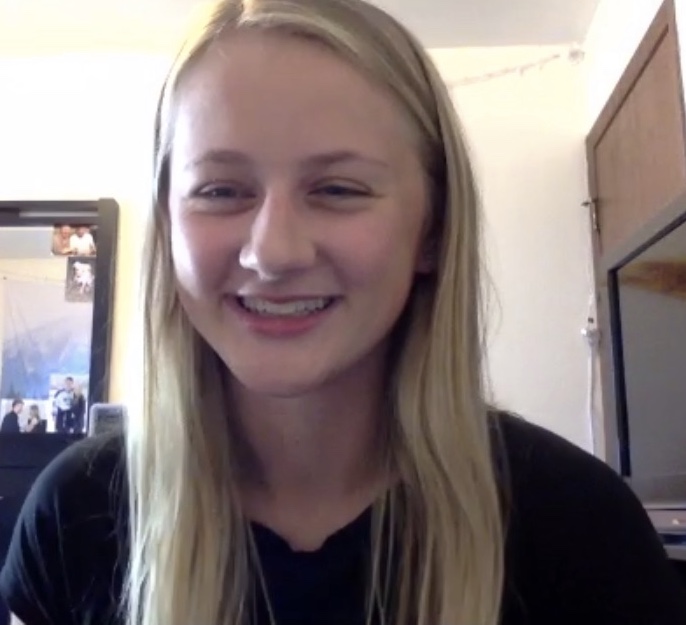 Without a doubt, 2020 has been the most unpredictable year for everyone. For students, it may feel scary attending in-person classes, or it may feel weird attending remotely from home. With sports being postponed, the idea of watching or playing a sport can affect students in many ways.

Central Michigan University senior Mac Barnett, majoring in exercise science, concentrating in Pre-PA, discusses her love for hockey and how it has changed during the pandemic.

Barnett’s love for hockey started when she was 10-years-old. Her father, who also plays hockey, taught her all she needed to know about the sport. The first time that Barnett told her father she wanted to be on the ice, he was ecstatic, because he could now share his love for hockey with his daughter.

“We went every Saturday morning at a local ice arena where he taught me how to skate,” Barnett said.

When signing up for hockey teams at the age of 11, Barnett was late, so the only team that was left open was an all-boys hockey team. Being the only girl on the team was a struggle for Barnett, because the boys would call her names. It was also a struggle for the coach because of how different boys and girls act when participating in sports. According to Barnett’s coach, the boys would act tougher than the girls, and the girls tend to be more sensitive. When teaching boys a sport, it’s at a faster pace than for girls.

Thankfully, a year later, Barnett was able to join an all-girls hockey team. Being on an all-boys team made Barnett a stronger person, physically and mentally.

Upon searching for a college in her senior year of high school, CMU wasn’t Barnett’s first option. She wanted to find a school where she could get a great education, but also keep hockey in her life. One of her good friends that she still plays hockey with, offered Barnett to go with her to CMU’s recruitment. Going to CMU’s recruitment was a decision that Barnett doesn’t regret.

“It was all history from there,” Barnett said.

Fast-forward to her senior year, Barnett is the President of CMU’s Women’s Hockey Club. During her freshman and sophomore year, Barnett played competitively. Unfortunately during her junior year, they didn’t have a goalie to fill the roster, so the team played in a beer league to get used to playing on the ice.

This past January, Barnett’s coach had to leave for a business opportunity. As the President of the club, she had to re-hire the coaching staff and recruit as many girls as possible to fill the roster.

“We found an amazing new head coach, and he was just as excited as I was for this season,” Barnett said.

CMU students were informed that all club sports were postponed until further notice. Since Barnett’s team is part of the American Collegiate Hockey Association (ACHA), there is a chance that the team can play in January, but it’s unknown.

With hockey being postponed, it has impacted Barnett. To her, hockey is an escape and a great form of exercise.

“I feel great after practice because I worked out, or I’m on cloud 9 after a game we just won,” Barnett said.

Unfortunately, Barnett also struggles with attention-deficit hyperactivity disorder, or ADHD, so staying on task is difficult, since her thoughts are constantly moving. Hockey was Barnett’s coping mechanism to deal with ADHD, because in the game of hockey, it never stops.

Besides missing hockey, Barnett misses the commentary from the Chippewa Hockey Network.

“They did so much justice for us,” Barnett said. “Since we are club hockey, we don’t get much recognition. They made us feel good about ourselves.”

Once hockey arenas open back up, it will be a relief for Barnett because she will be able to play again, but it will also be scary with the new restrictions that will follow. With optimism, there is hope that she will play again one last time in January of 2021.