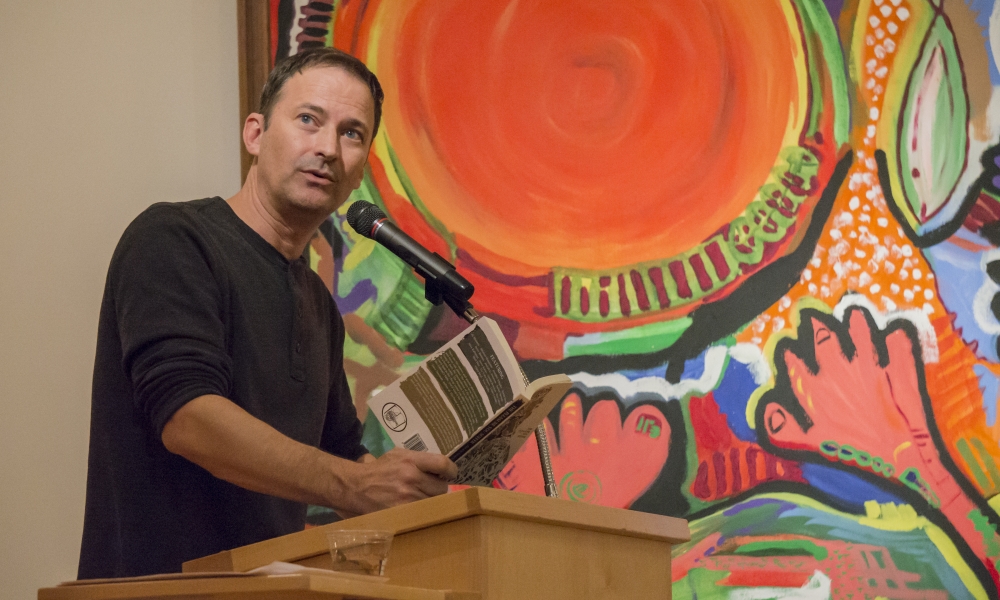 Professors at Central Michigan University have busy schedules between classes, grading assignments, meetings, and much more. However, Dr. Darrin Doyle, a professor in the Department of English Language and Literature, has added one more to his plate: writing and publishing novels and short stories.

“The Beast in Aisle 34” is a 290-page comedy horror novel centered around Sandy Kurtz, a Michigan retail worker. Along with the everyday struggles of marriage, family and career, Kurtz has the additional issue of turning into a werewolf during the full moon each month.

The novel began as a class exercise that Doyle participated in along with his students, he said. This was back in 2011 or 2012, and the novel was published in September 2021.

“The prompt was to write the description of a fantasy creature and to really focus on the nitty gritty details of this creature just to make it as convincing as possible,” Doyle said. “Sometimes when I assign some in-class prewriting I’ll actually do the writing as well with the students just for the heck of it. I wrote the opening of this werewolf sitting on a roof. And I gave the werewolf a human name and threw in the idea that he had a wife and that he was trying to keep his wereworld secret from his wife.”

This isn’t Doyle’s first piece to feature an otherworldly creature. He has also written a novel about a girl who could eat an entire city, “The Girl Who Ate Kalamazoo,” and a short story involving the wife of the Invisible Man, “Scoundrels Among Us.” His interest in the supernatural and uncanny began when he was 12 and first saw the film “An American Werewolf in London,” he said.

“I’m a big horror fan, but I’ve always loved werewolf stories,” Doyle said. “That blend of comedy and horror was always kind of the zone I liked when it came to books and movies, things like that.”

Doyle’s love of horror goes beyond werewolves though. He is also a fan of Stephen King, the Grimm Brothers, Franz Kafka and Edgar Allen Poe.

“I loved the Grimm’s fairy tales and obviously those have a lot of magical elements,” Doyle said. “They have gore, they have high drama, that sort of stuff. But I think I just liked stuff that was a little off-center.

“I really love that blending of realism and if you want to call it fantasy or supernatural…I want it to be about something that’s a conflict that is real and make the characters and their lives and their personalities three dimensional and believable.”

Doyle had a few tips on how to make time for writing, especially with the busy schedule like that of a college professor.

“I think it’s just really important that whatever I’m writing is fun to me,” he said. “It’s not going to be fun every single day, but if I can find something to surprise me, to make me laugh, to make me interested and invested.”

He also had advice for aspiring authors, such as some CMU students.

“My advice to anybody who wants to write is to read,” he said. “That’s number one because it’s going to inspire you. It’s going to give you ideas for how to do your own work.

Anyone interested in reading “The Beast in Aisle 34” can buy it at any online bookseller, including Amazon and Barnes and Noble. It will also be available either in store or for ordering at any local bookstore.

Coming up for Doyle will be a sabbatical during the spring 2022 semester. He hopes to schedule some readings of “The Beast in Aisle 34” but is mostly focused on his next project.

Personally, Doyle’s favorite novel is the psychological horror “We Have Always Lived in the Castle” by Shirley Jackson. He highly recommends it to any interested readers.

“Everybody I know who I ever recommended that book to, loves it,” he said.