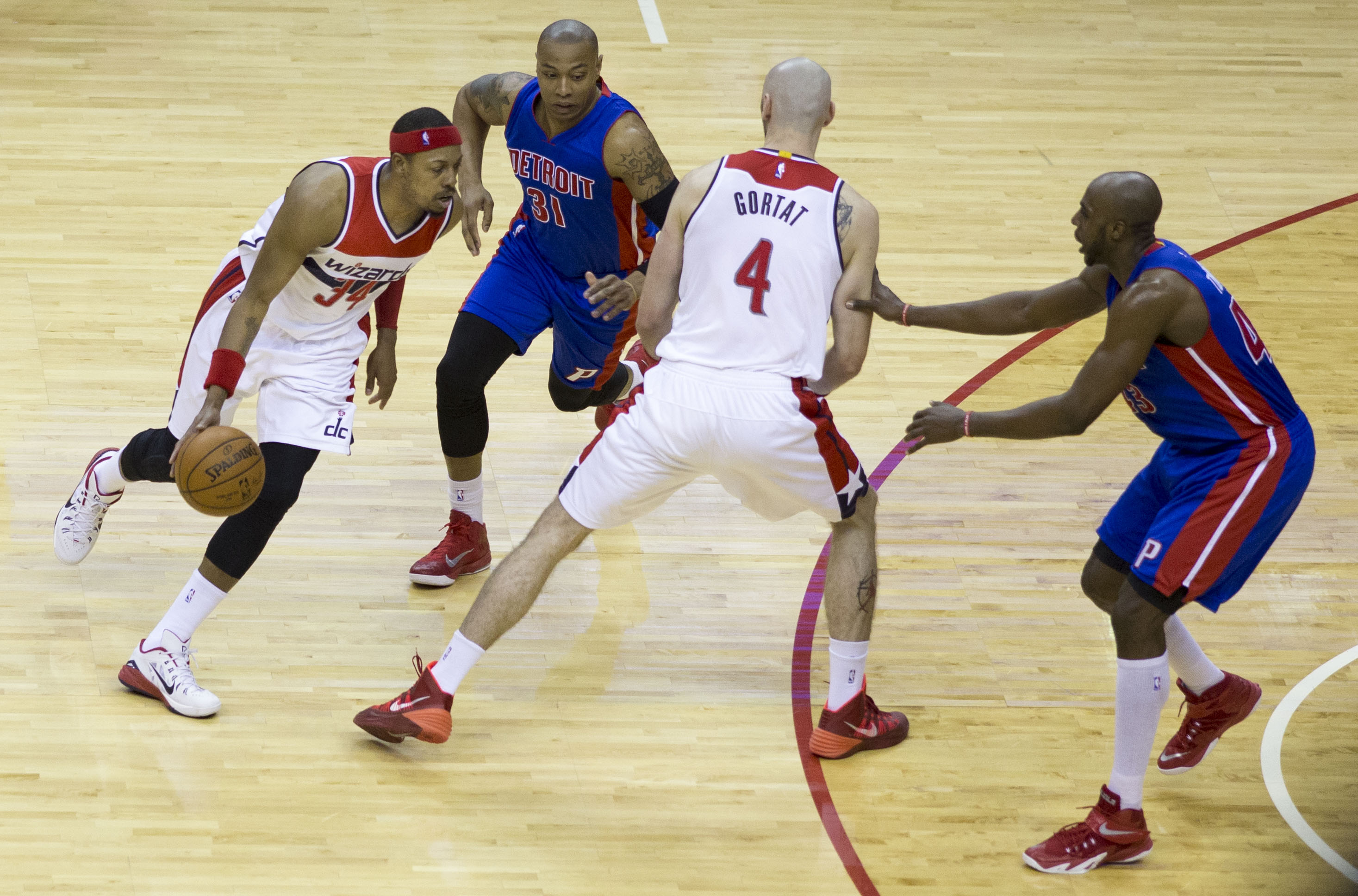 Since buying the team in spring 2011, Pistons owner Tom Gores has taken his fair share of criticism – and much of it has been justified.

He’s been ridiculed for being out of touch (mobbing Josh Smith after he hit a buzzer beater in the 2013-14 preseason), for not being at The Palace enough for games and for a glaring lack of progress throughout most of his tenure.

From June 2011 (when Gores purchased the team) through the end of last season, the only real positive thing that happened to the Detroit Pistons was center Andre Drummond falling to them in the 2012 NBA Draft. Other than that gift, the franchise was essentially in the same hopeless position in the few years after Gores had taken over ownership.

It wasn’t just the perpetual losing that left Pistons fans (the ones who were left) apathetic and disinterested, it was the lack of direction and accountability that existed before Gores purchased the team and continued to persist. Throughout the tenures of the first two coaches Gores hired, Lawrence Frank and Maurice Cheeks, this trend was apparent.

As Gores entered his third search for a head coach after the end of last season, he knew he absolutely had to get this one right. The franchise could not afford to botch another hire and continue to alienate fans while being a distant fourth place on the Detroit sports totem pole. You might even consider the Pistons lower than that if you take into account Michigan and Michigan State football and basketball.

Gores could have easily went out and hired some coaching retread, which is such a popular practice in the NBA compared to the other major sports leagues. Instead, he went and off made his first big splash as an NBA owner, somehow pulling away Stan Van Gundy from the Golden State Warriors.

Gores had to offer Van Gundy almost complete autonomy to get him away from Steph Curry and Klay Thompson and the Bay Area, making him head coach and president of basketball operations, while Golden State wasn’t willing to offer anything other than their head coaching position.

It was a risk, as Van Gundy had no front office experience, but one Gores had to make – not unlike the way Tigers management had to overpay Pudge Rodriguez and Magglio Ordonez in the mid-2000s. Like the pre-2006 Tigers, the pre-Stan Van Gundy Pistons needed a jolt, some semblance of credibility to restore excitement to a once-proud franchise.

To this point, the risk taken by Gores last May has paid off quicker than anyone could’ve imagined. This season has been about as up and down as one could possibly imagine, but in less than one year on the job, Van Gundy has almost completely made over the roster, with the big moves being the release of Josh Smith and recent trade for now-former Oklahoma City Thunder backup point guard Reggie Jackson.

Aside from the personnel moves, Van Gundy has brought accountability to an organization that had been missing it for far too long. For the first time in what feels like forever, the players on the team all seem to be on the same page and working toward one ultimate goal: win basketball games.

Last, but certainly not least, the fans seem to finally be coming back and warming up to a franchise that they once loved, both throughout the 2000s and late ’80s.

The wins might not be there yet, nor is the talent completely, but for the first time in almost a decade, the Pistons are playing a selfless brand of basketball – making the right plays and buying into the man at the top, that being Stan Van Gundy.

It may have taken Tom Gores a little bit longer than fans would’ve liked to get things going, but it is undeniable that this franchise is headed in the right direction.