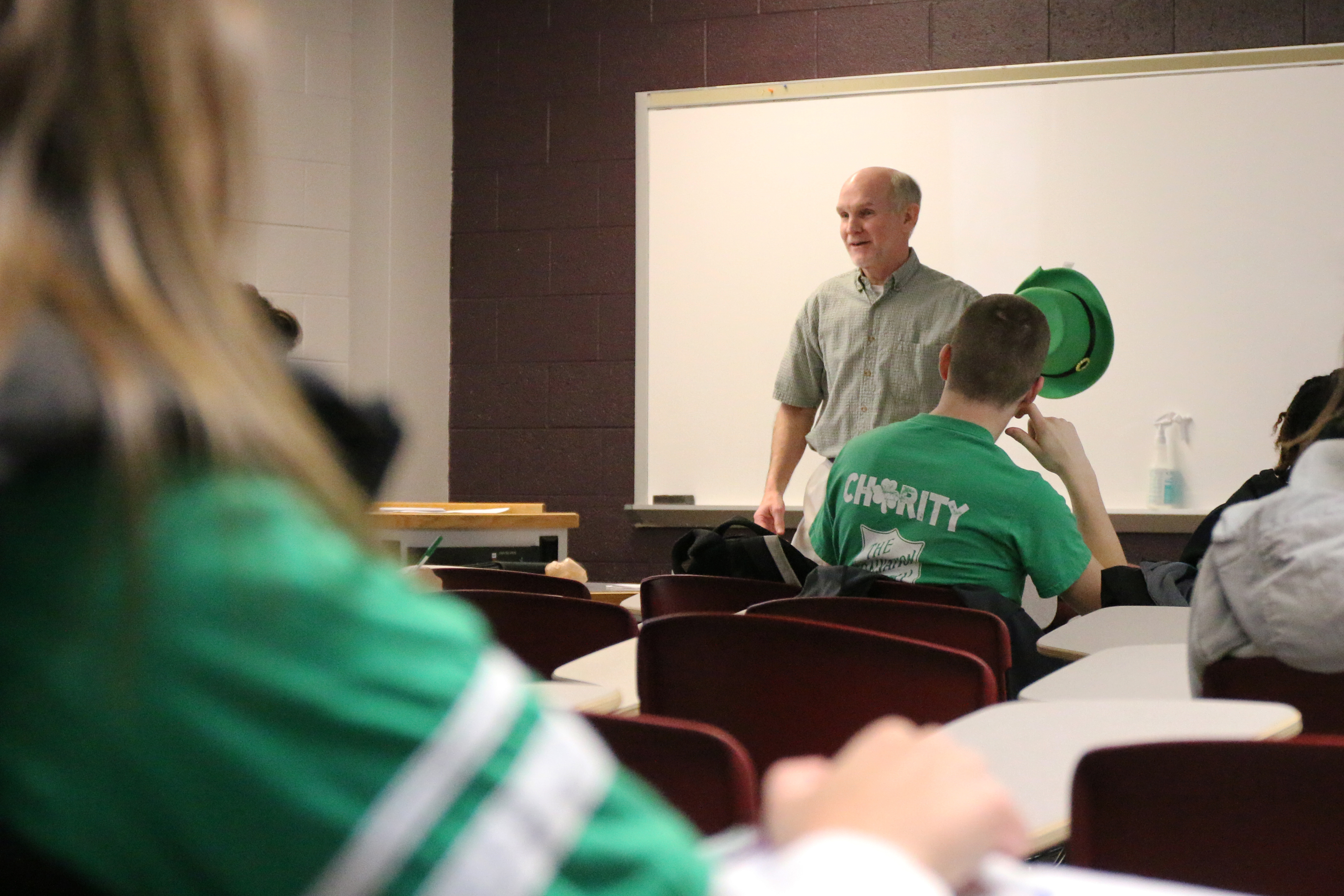 The pouring of a couple rounds of green beverages isn’t the only thing happening on March 17 – classes are still in session.

Yes, we’ve all encountered the pressing decision of, “Do I make my way to class or do I indulge in a little skip day to celebrate the festivities of St. Patrick’s Day?”

While most choose to give themselves a day off, others are completely dedicated to making their way to class, even if they aren’t functioning at 100 percent.

Feeling a little extra giggly or chatty in class isn’t a normal thing – and professors take notice. They also know your upbeat attitude definitely isn’t a side effect from the sunny weather we’ve been having as of late. (Well, it could be. But we highly doubt it).

Journalism professor Steve Coon said that St. Patrick’s Day is treated similar to a New Year’s celebration around Mount Pleasant. During his years teaching at Central Michigan University, he usually encounters far less students attending morning classes on this festive day, as opposed to students in his night class that sometimes just “wing it and show up.”

As a result, Coon tries to be proactive about telling students to be careful on this hyped-up holiday – and that if they’re not going to sit down in class without causing a giggly, out-of-the-norm disruption – they shouldn’t come at all.

However, that doesn’t keep a few brave souls from trying to be good students and make their way to class despite the circumstances.

“One year, I had a couple of students come into my class that were both chatty and disruptive on St. Patrick’s Day,” Coon said. “They came up to me at the end of class and apologized for being loud, mentioning that they had just come from the bar.”

Berkley junior Chelsea Mazzetti said although she didn’t spend her time downtown or on Main Street this St. Patrick’s Day, it certainly didn’t stop her from witnessing some interesting behavior from her classmates.

“There were students in my marketing class that wouldn’t stop laughing,” Mazzetti said. “They brought in thermoses filled with mixed drinks and it was only 9:30 a.m.”

Some students can, and have, disrupted classes just by wearing beads and silly hats – which is something Professor Tim Fitzgerald almost always notices during his classes on St. Patrick’s Day.

“I’ve never asked a student to leave, even if it was clear they had been drinking – although, I don’t know why they would have come if they were drinking in the first place,” Fitzgerald said.

Obviously, the laughing and bickering during class on such a special holiday is noticeable to most professors as well as students. But with the $1.25 green pints available at the ever-popular O’Kelly’s on the corner of Mission Street, students must want to have their beer and drink it, too.

Guzzling green beer seems to be an accepted norm (amongst students) before stumbling to class on one of the most popular holidays at CMU. Let’s just hope they’re not green in the face before making it to the classroom.