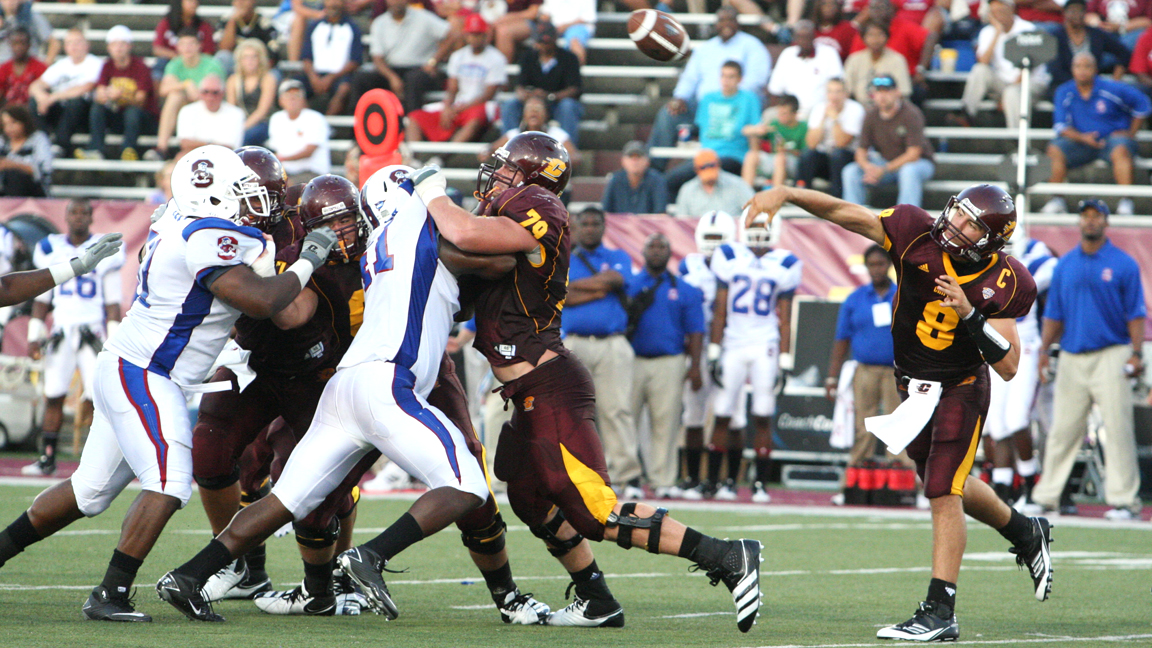 Ryan Radcliff has produced some impressive statistics during his tenure as starting quarterback at Central Michigan University.

The junior quarterback ranked 12th in the nation last season in passing yards and completions per game. The problem for Radcliff hasn’t been production, it’s been his inability to protect the ball.

There is nothing more important in establishing your offense than ball control and ball security. Unfortunately, last season Radcliff threw 17 interceptions to go with his 17 touchdowns.

So far 2011 hasn’t brought much change in that department, as he has thrown three touchdowns and four interceptions. His turnovers and inconsistent play have led to the offense stalling in the second half of games. Turnovers are the biggest cause for concern for Radcliff and if this team wants to compete for the MAC title, he’ll have to reign that part of his game in.

Radcliff can move the ball down the field and at times really gets the momentum rolling for his offense. He has the ability to make nearly any throw and can scramble if need-be.

So I’m not calling for his job, I’m simply pointing out the obvious; Radcliff turns the ball over a lot more than a starting quarterback should. The amount of turnovers have to be trimmed down this season or without a doubt, a quarterback controversy could begin to brew.

What are the potential options for Central if that decision ever has to be made, either this season or next year?

A.J. Westendorp had a very polished high school career at Holland Christian and has shown his versatility as an athlete for Central; receiving playing time at tight end last season.

Westendorp holds the Michigan record for completions, passing yards and total yards in a state championship game. While leading Holland Christian to an 14-0 record and a state title he threw for 318 yards and 26 completions to along with four rushing touchdowns and 108 yards on the ground. During his senior season he posted 65 total touchdowns.

He has shown playmaking ability at a high level of competition and could be knocking on the door for a shot to prove that he can protect the ball, produce numbers and wins for Central.

There was a decent amount of buzz around campus when quarterback Alex Niznak decided to sign at Central. Niznak played at nearby Ithaca High School while leading the Yellow Jackets to a perfect 14-0 season and a state championship.

During his senior year Niznak recorded a remarkable 52 touchdowns; 31 passing and 21 rushing.

Central decided to redshirt Niznak for the season putting an end to any sort of rumors of a quarterback competition. One has to wonder what the freshman’s chances will be next season for the starting role.

Radcliff does not deserve to lose his job at this point but the time is now for him to improve his decision-making ability or his season and Central’s could be over before it really starts.