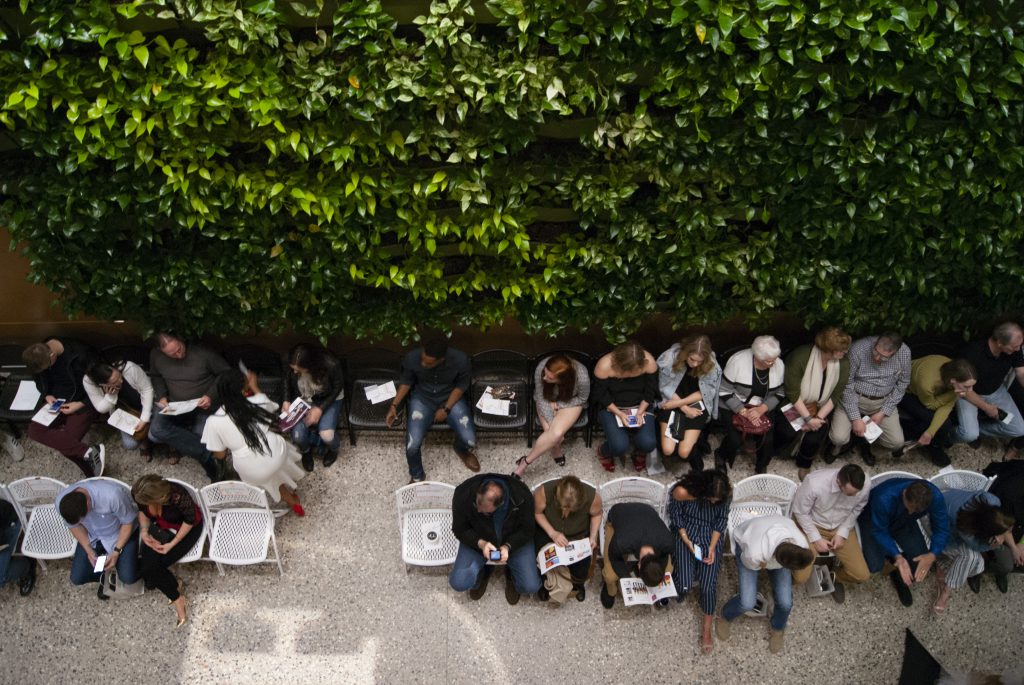 The twenty first annual Threads Fashion show proved successful with a sold-out venue of 1,000 seats. A total of 120 models walked the Threads stage, accompanied by 24 designers.

For the first time ever, Threads took place in the Biosciences building on the Central Michigan University campus. The Education and Human Services building was also utilized to give models and designers a place to prepare before the show.

The venue decorations included mostly neutral tones and was overall very minimalistic. One wall featured sheets of paper in different skin tones to tie into the show’s focus on diversity and body inclusivity.

Designer Ingrid Boley described this year’s event as being much more cohesive and put together than in previous years. 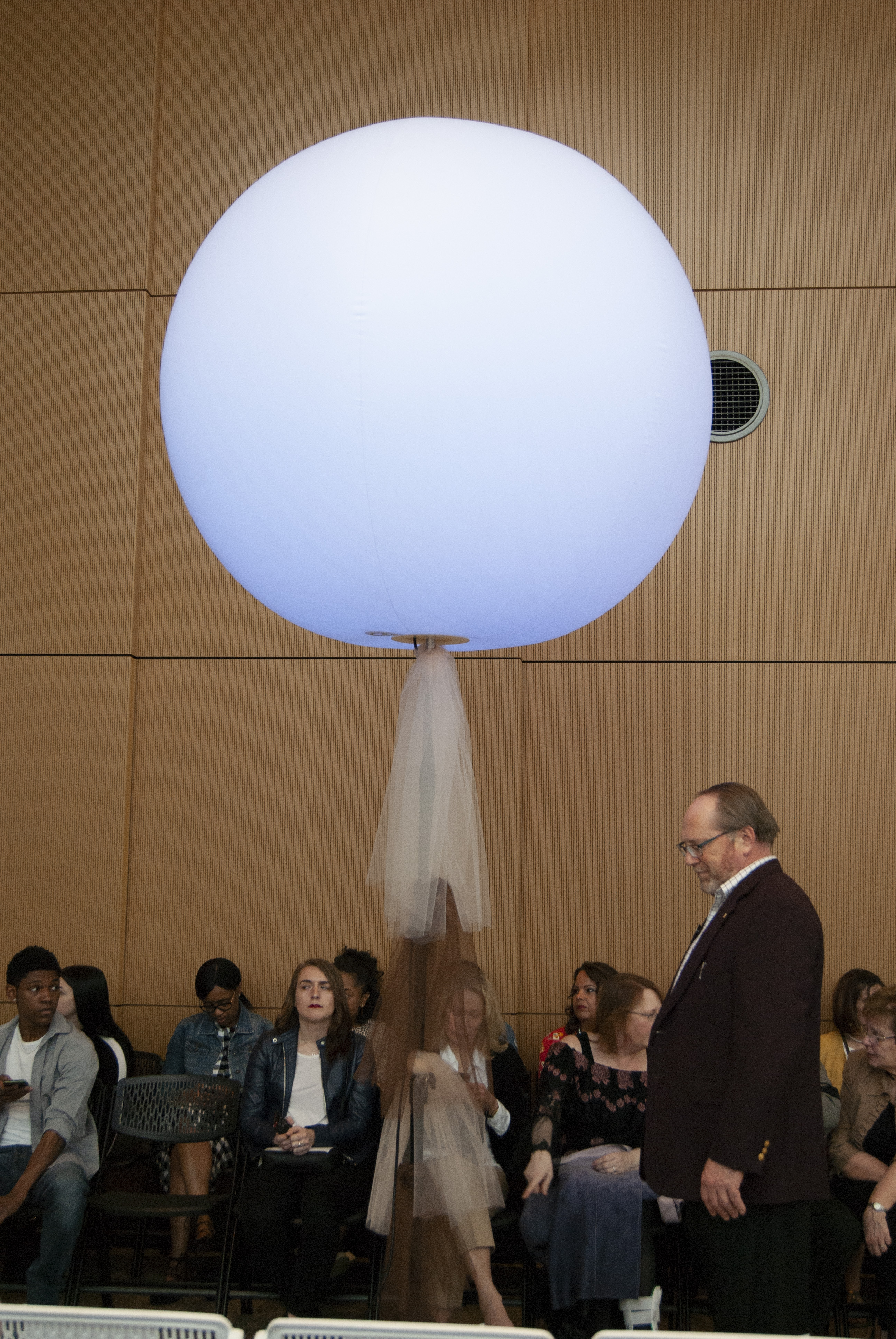 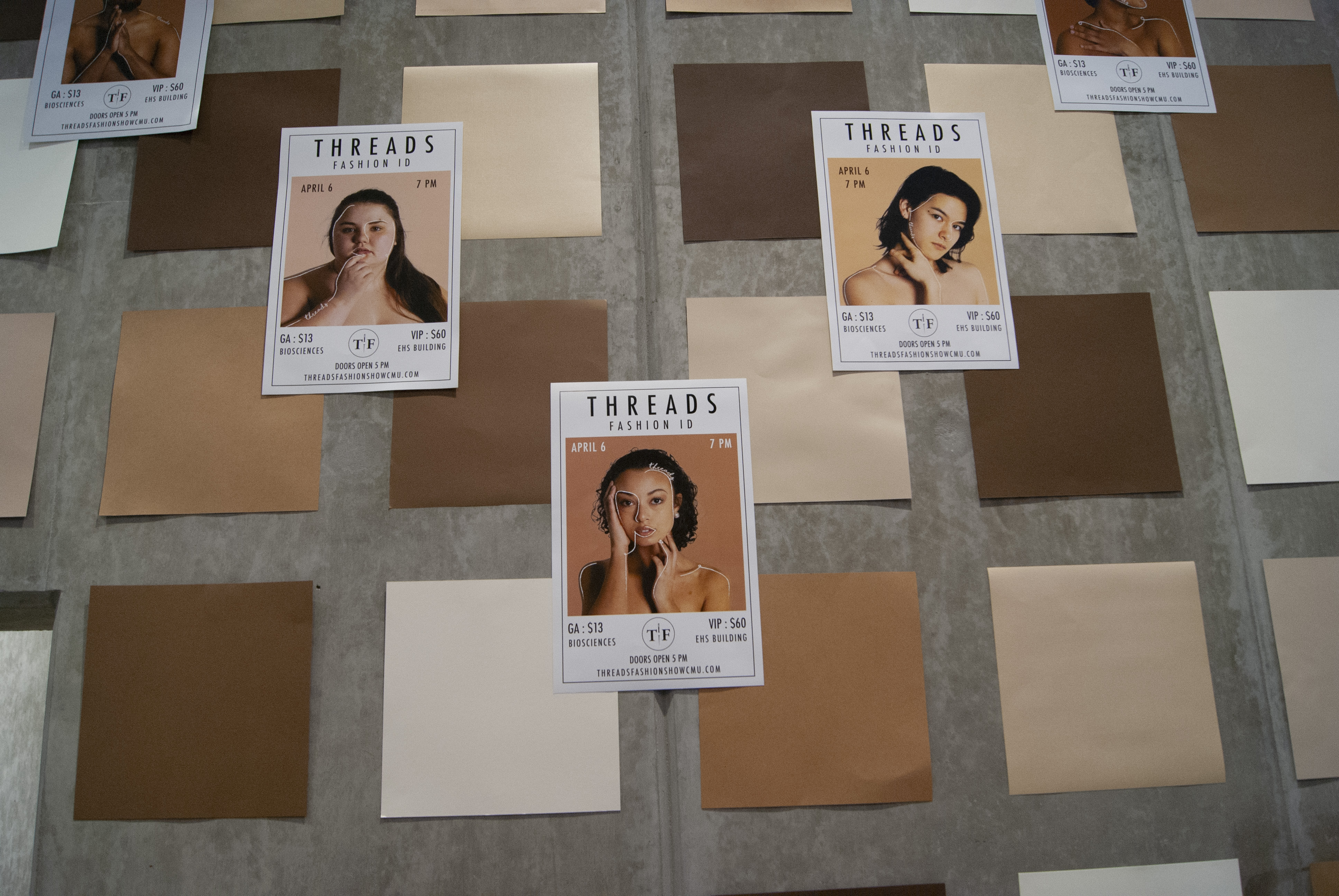 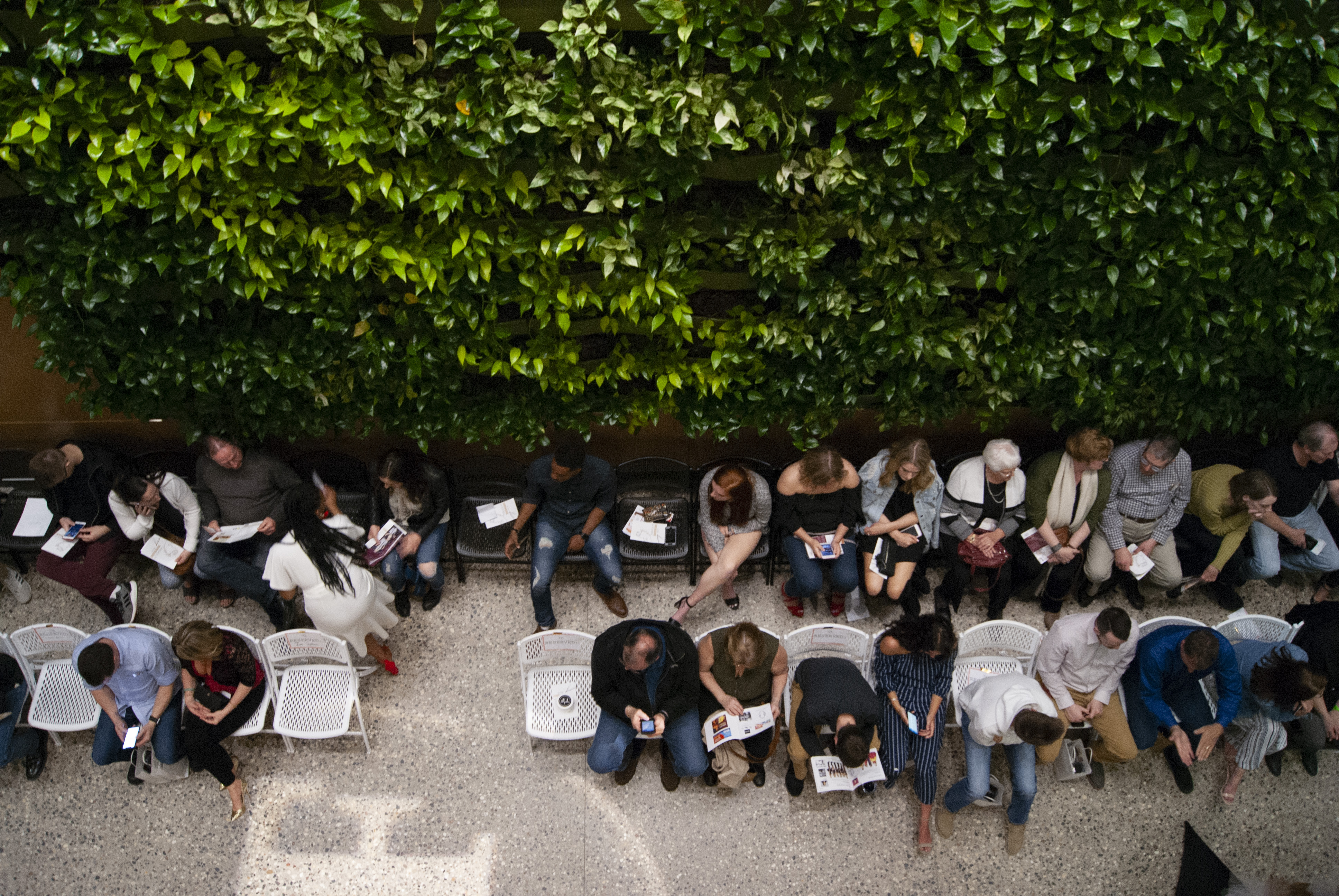 Behind the elegant decorations, friendships were being formed backstage as the models prepared for show time. Sophomore Clair Maskill and junior Samantha Cole hadn’t known each other prior to the day of the show, but became fast friends. The pair met in the bathroom during down time and bonded when Cole offered Maskill a bag of goldfish crackers.

Both Maskill and Cole said there are many hours between arrival time and show time, so it gave them a great opportunity to get to know one another. This is a prime example of the way the Threads show  brings people from all walks of life together.

Model Delanie Brown assumed that modeling in the show would be a scene similar to what she watched on America’s Next Top Model growing up, but  she found that her expectations weren’t met in the best way possible.

“Every one was so positive and so sweet the whole time,” Brown said.

Brown said her only complaint is that she wishes all the designers could be included in the final cut of the show.

As the Master of Ceremonies, fifth year student Ahsha Davis’s job was to keep the energy level at a high throughout the night, and did so successfully.

Davis had always attended the event as an audience member, but was approached by the Threads team to MC after they heard her on the radio station on campus. As a return viewer of Threads, Davis was incredibly impressed with the set up of the show and thought the Biosciences building was the perfect venue.

“Biosciences is a beautiful building in general, and I just think that the fact that they were able to make it work in here just blows my mind,” Davis said.

Davis also commented on the Threads ID theme, and expressed how excited she was to learn that the show was based around body positivity.

“I am so for it,” Davis said. “I am all about positive body image and making people feel comfortable in their skin and their shapes just because I feel like we live in a society that’s trying to tell people to look a certain way.”

CMU President Bob Davies was also in attendance and gave a speech to jump start the show.

“This is what we do when we bring the entire university community together through our students,” Davies said.

The Threads team is hoping for another successful show next year as well.