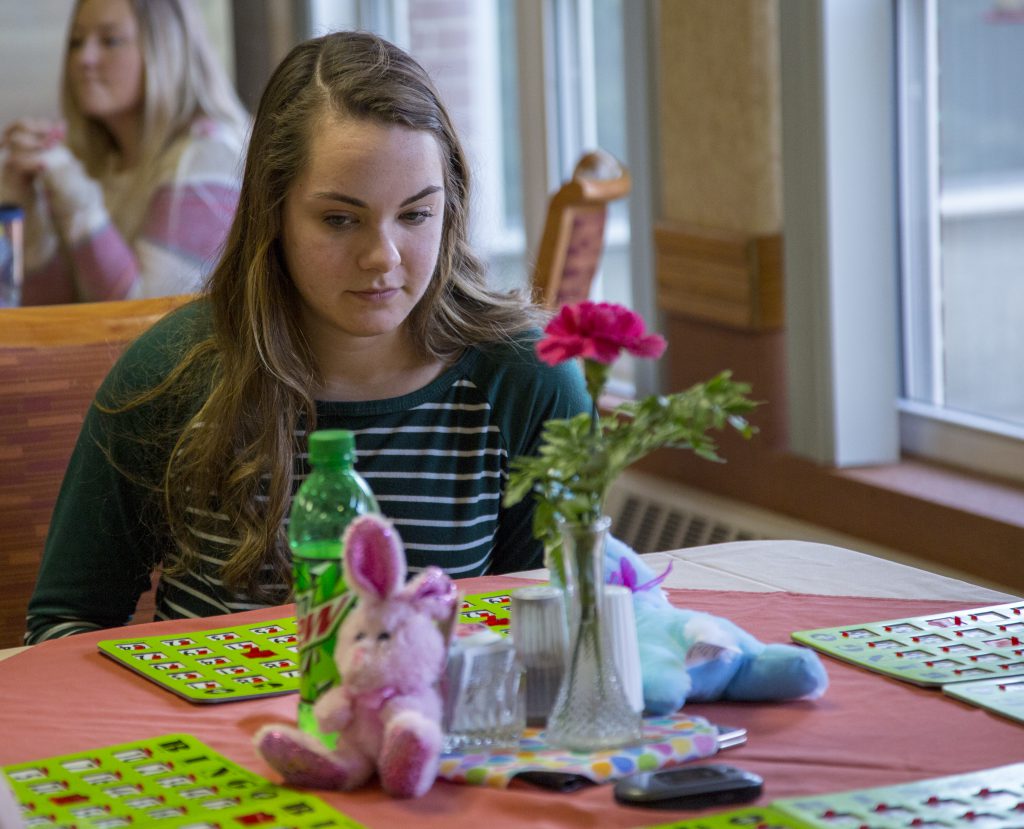 A new registered student organization that advocates for Alzheimer’s awareness was created this semester. Alzheimer’s Foundation of America (AFA) is a national organization and a group of students helped open a chapter in Central Michigan University.

Canton junior Amanda Morrison is the secretary and helped start the organization. She said a friend asked her to be a part of the founding members.

“My friend, Nicole Berry, asked me to be a part of the executive board,” Morrison said. “I’ve taken classes and have an interest in Alzheimer’s, and I thought it would be cool to help out on it.”

She said Berry’s goal was to start an impactful legacy during her last semester at CMU.

“[Nicole] has worked at a hospice care and has worked a lot with patients with dementia and Alzheimer’s and wanted to do more for the cause like fundraising and to educate college students.”

Morrison said the organization is slowly getting bigger with a few new additions to the executive board.

AFA has had a few events during their meetings, including a visit from workers from the Hartland Hospital. The workers shared their experience with how it was to work patients who have the condition.

Morrison said although the semester is almost over, AFA plans to host a, “Relay For Life” event.

“Raising money for , “Relay For Life” would be really cool and to get the word out.”

She said the organization has bigger plans next year, like a conference, to help spread awareness and education for their cause.

For those interested, the process to join can show up to their meeting or email the organization with any questions at afaatcmu@gmail.com.

The organization meets bi-weekly in Anspach 155 at 9 p.m.. Their next meeting will be Wednesday, Mar. 28 where they will be hosting a David Garcia project with Alzheimer’s as the topic, at 7:00 pm.