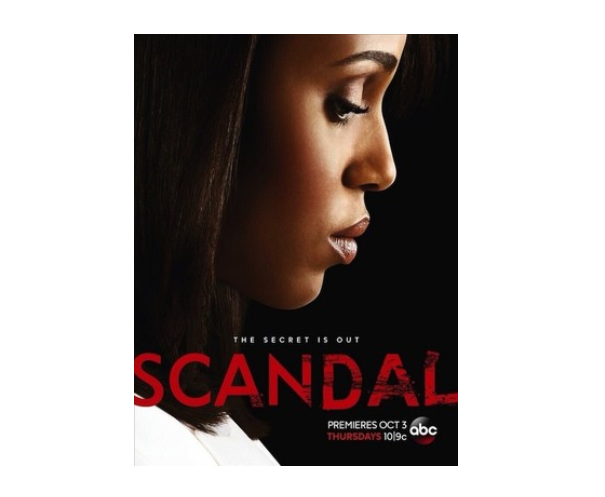 Imagine trying to take down the most powerful man in the world with the help of two men you used to be involved with.

Besides the hatred that both men would exert towards each other, picture one man being the president of the United States and the other being the former leader of a U.S. government group of assassins.

Here’s the hammer: The man you are trying to take down is your father.

Fortunately for viewers, this is only suspenseful entertainment. For Olivia, however, this bizarre scenario became her life after she teamed up with Jake and Fitz to take down her power-hungry father.

Airing to more than 10 million viewers across the country, Scandal’s Nielsen viewership has cracked double digits (in millions) for the first time since the first two episodes of this show aired. The fourth season premiere, broadcast to 11.9 million viewers, followed by the second episode with 10.3 million viewers.

After finally letting go of the fact that Jake and Olivia were sexually intimate, Fitz realized Jake was innocent and decided to let bygones be bygones. For Jake, turning over a new leaf seemed a bit far-fetched, especially since his face still hosted the jealousy that Fitz felt about his and Olivia’s relationship.

Slowly but surely, Jake let go of his resentment towards Fitz, but it came with a side of ego. Constantly reminding Fitz of the luxury of being able to be with Olivia outside of the four walls of the Oval Office, Fitz was outraged, starting a “who is a better man for Olivia” debate.

Being the negotiator that she is, Olivia used her not-so-secret weapon – the fact that the two men were in love with her – to ease the tension and get back to work.

Meanwhile, the demons of Cyrus’ lust affair with a paid prostitute stabbed him in the back. After figuring out the man he paid to sleep with him was hired by “Lizzie Bear” (as Cyrus calls her), the hard cookie finally cracked into a thousand pieces.

The not-so-cuddly “Lizzie Bear,” who is the most hated and deceitful person of the Republican Party, played Cyrus at his own game of deception. After learning how lonely Cyrus has been since the murder of his partner, she sent an extremely attractive young man after him to spy for her in the Oval Office.

Sadly, the man developed feelings for Cyrus and barely told her anything. Lizzie Bear was forced to turn to plan B; this plan included relations with the vice president – who was once intimate with first lady Mellie – and using the pictures taken of Cyrus as blackmail.

Unfortunately, plan B did not work either, because the man that Quinn has been stalking for the past three episodes – the security guard of the guy that committed suicide last episode and the murder of that same guy’s daughter – met up with Lizzie Bear and the VP in a random hotel room.

Meanwhile, Huck was staking the place out in a hotdog truck with his son. After Javi left for ice cream, Huck did not expect the guy Quinn was following to peep out the hotdog truck and attempt to kill them both.

This left Huck and Quinn no choice but to kill the man, with Javi witnessing the entire thing. Of course he ran off, traumatized after seeing his father kill someone – realizing that his dad was not a police detective, but an assassin. It was obviously the wrong day for Huck to take his child to work.

The biggest moment of the episode – besides the kiss shared by Olivia and Fitz – occurred over a medium rare steak and red wine. Finally figuring out how to take her father down, Olivia put her plan to the test by taking him to dinner.

With the snipers positioned and Jake and Fitz ready for Papa Pope to be taken down, everything seemed to be too good to be true – and it was.

Killing their assassins with some of his own, Papa Pope calmly reminded Olivia that she could not outsmart the man that created the opportunities she’s had.

Before leaving the table, he left her with a cringing statement: “You think the world is so terrible with me in it? Wait ’til you see what it’s like without me.”

With only the finale left, we are left wondering – will Scandal break its own viewership record of 11.96 million viewers set earlier this season?

Tune in next week for America’s number two drama as it finally concludes.