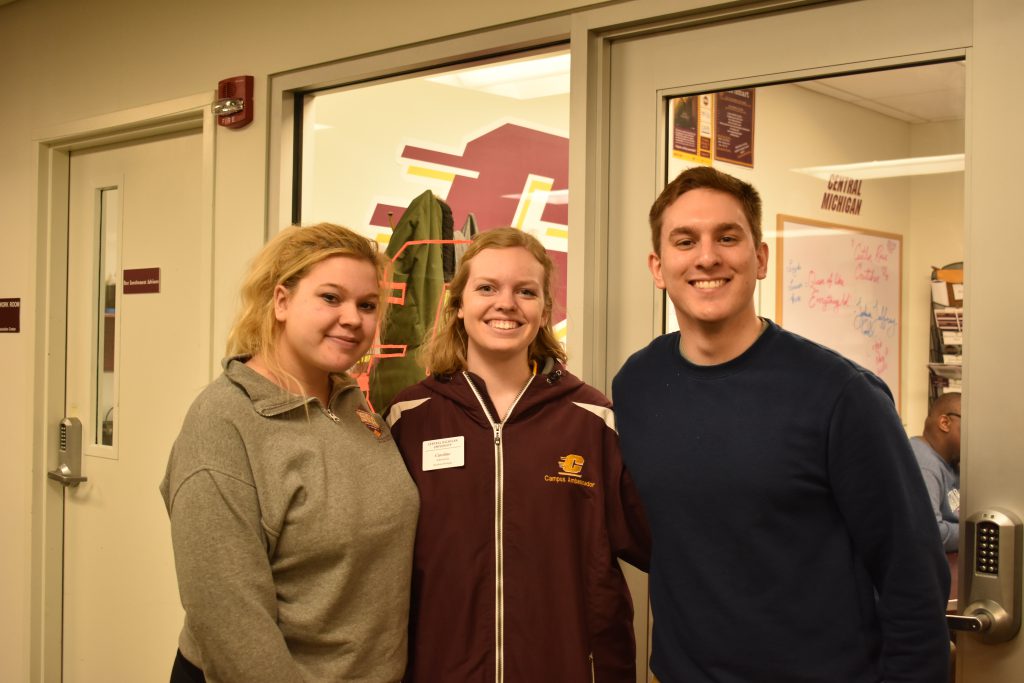 Story and photo by Kaitlyn Weisdorfer

Central Michigan University Student Government Association work tiredly trying to connect with students, put on events that have a positive effect and make their impact worthwhile at CMU.

Every member of SGA dedicates their time on something and each one of them is passionate about what they are doing.

The group put on a plethora of events for students to be engaged in. Members of SGA wish students knew more about the resources they provide. 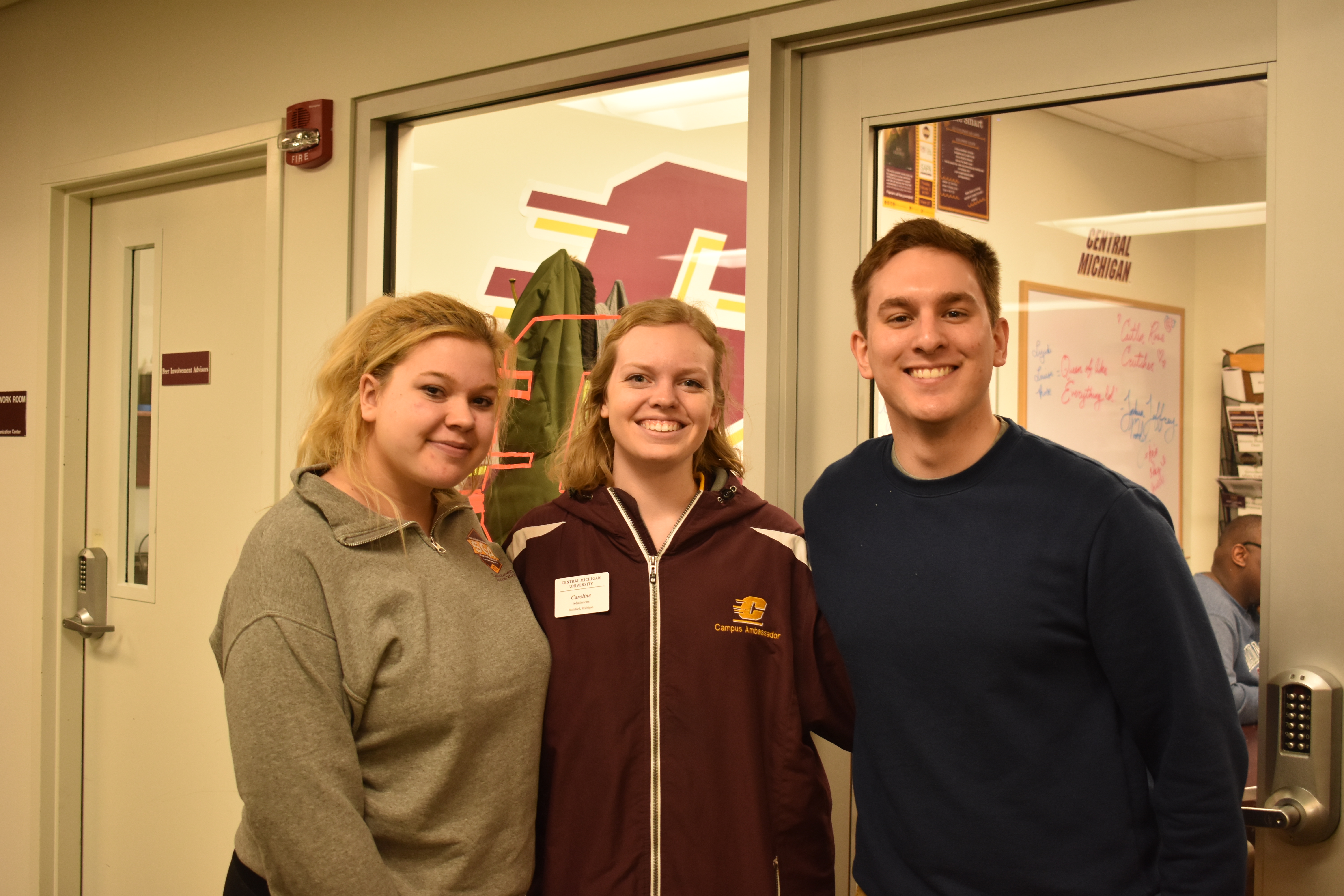 For instance, SGA is working on an event called “Stamp Out Aggression,” an event that has been going on since November with several goals.

Senate Leader Caroline Murray said they want to: educate students about sexual aggression, encourage them to not be bystanders, promote and connect students to resources on campus such as OCRIE and SAPA, and advocate for victims of sexual aggression.

“We hope to get 500 people to take the pledge,” Murray said.

Another event which Vice President Lyndi Rose started is a feminine-hygiene initiative that took effect this fall, with free tampons and pads being placed in bathrooms in the University Center, library and Student Activity Center.

She feels this is important, because tampons are a medical necessity for women and should be free. Rose hopes that next year’s legislation will continue with this initiative and provide tampons in a gender inclusive bathroom.

Through all the work they put in to make SGA successful, they still love it.

SGA has made an impact on them in a variety of ways, as well.

SGA President Jake Hendricks said, “It showed me the power we have as students to make change.”