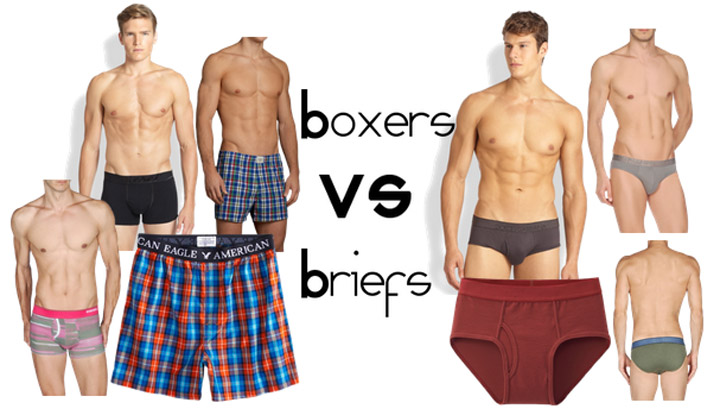 It’s something that will always be close to you, can offer great support and is worn everyday; your underwear.

When it comes to the primary focus of men’s fashion, it’s usually things like what type of pants, shirt and shoes they’re wearing. But what about what’s underneath all of that?

Most students conjure up the image of “whitey tighties” upon hearing the word “briefs,” but those briefs have come a long way in terms of color and design since they were originally created.

Several students were asked about which style of underwear they preferred on men, and those who preferred boxers were in the majority.

“I prefer boxers,” senior Marlene Arteaga said. “Briefs are weird and remind me of whitey tighties.”

Sophomore Ally Gryczewski said she enjoys that boxers come in a variety of colors and patterns, including the always popular superhero theme.

“I like boxers,” she said. “They have  mystery and some have capes, like the ones that have the Batman logo.”

Most guys agreed with the girls and said boxers were the way to go, but not because of color or patterns. Guys prefer boxers or boxer briefs due to their respective level of comfort.

Junior Sean Kirly said he preferred the combination of the two. “Boxer briefs,” he said. “It’s a good mixture of both.”

Boxer briefs are different than boxers because they are slightly tighter, but are built like a pair of a shorts compared to the stereotypical whitey tightie brief.

For sophomore Ariana Francke, since she doesn’t personally wear boxers as they are usually for men, she said she preferred the boxer brief.

Since students wear their underwear all day and are constantly moving around, it makes sense for comfort to play a factor when it comes to the type they like to wear.

While it all depends on the individual wearing them, sophomore Maginta Smith offered a different insight as to why she liked one type of brief over the other.

“I like briefs,” she said. “They’re beneficial because it keeps things snug and not hanging.”