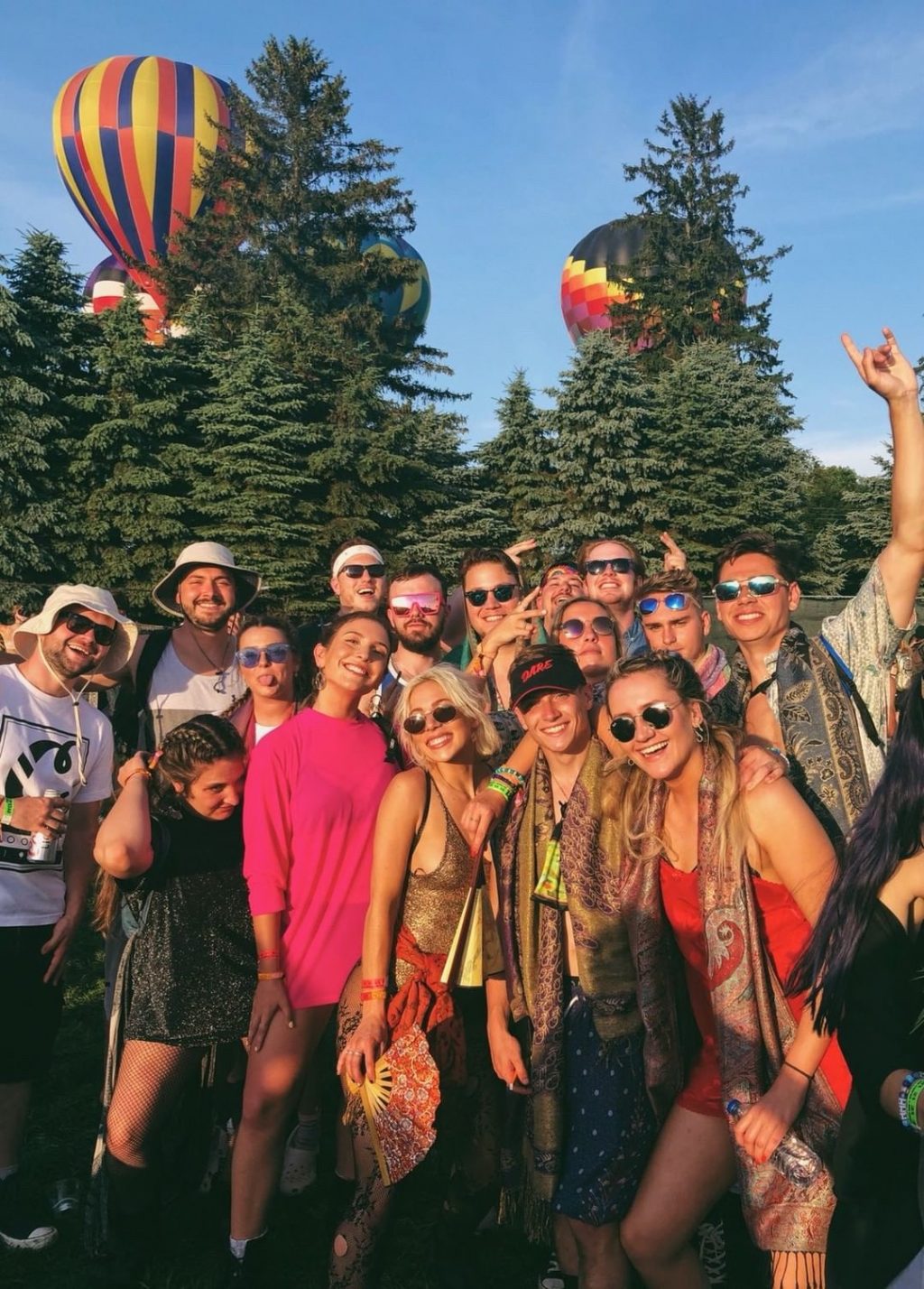 Wondering where your classmates went this summer to escape reality and enjoy music? We talked to some of them who got lost in the best way possible in the forest, celebrated the party of the summer and much more.

Many students found themselves in Rothbury, Mich. this summer to experience Electric Forest. Electric Forest is a four-day camping festival. Headliners included Bassnectar, The String Cheese Incident, Odesza, Kygo and Zeds Dead. This festival offers much more than just music from art installments, a waterpark and a magical forest to roam through.

Die hard Bassnectar fan and senior Ashley Jurcak was one of the many students who attended The Electric Forest this summer. She said it was her second time back at the camping festival. “It is my favorite festival because the people are so beautiful, and the forest is magical. My favorite set was Bassnectar, duh,” Jurcak said.

A four-year forest goer and junior Tegan Lewis found herself in love with Alison Wonderland’s set. She said during the set, Alison Wonderland dedicated a song to anyone struggling with anxiety and depression which helped to give her the hope she needed after going through some hardships.

“Electric Forest is my home and no other festival I have been to has given me the life changing experiences that the Forest has,” Lewis said.

Senior Jacob Ritchie attended Electric Forest for the first time this summer. He also attended his fifth Faster Horses a little after. He mentioned how it was interesting to experience two festivals back to back that are such polar opposites in music. At The Forest, he got to see Louis The Child perform a secret set which was his top set there. While at Faster, Ritchie said he enjoyed Toby Keith the most and all his great songs.

“During our first night at Forest we decided to walk around the forest at night; we got lost for about an hour walking in circles,” Ritchie said. “It looked so much different during the day and we didn’t recognize any of the major landmarks from when we walked in.”

Many students like Ritchie made the trip to Brooklyn, Mich. for  Faster Horses. This is another large camping festival that takes place over three days. The headliners this year included Keith Urban, Toby Keith and Zac Brown Band.

Junior Phil Fazio experienced his first Faster Horses this summer. While he was there, he got to see Keith Urban, Maren Morris, Toby Keith and a ton of other big names in the country music world.

Senior Maddie Waier attended Faster Horses for her second year. “I liked camping and meeting all the people around your campsite,” Waier said. “I got to see a lot of people that I know there so there were a lot of good memories made and stories shared.” She said her favorite set of the weekend was Toby Keith. Waier really enjoys that this festival gets new artists each year and have an up and coming artist stage to listen to new music.

“It was more than 100 degrees almost the whole weekend and it ended up pouring rain for several hours while I was at the venue,” Waier said. “One of my friends and I stuck it out through the rain though and it was so worth it.”

Junior Gio Lerner went to the Chicago lake front to attend the first ever Night Bass Music Festival. All the sets were back to back so there were no long waits in between sets. Sets from AC Slater and Wax Motif were his number ones. He said he believes this house music festival is going to start to become a yearly tradition with how great it turned out.