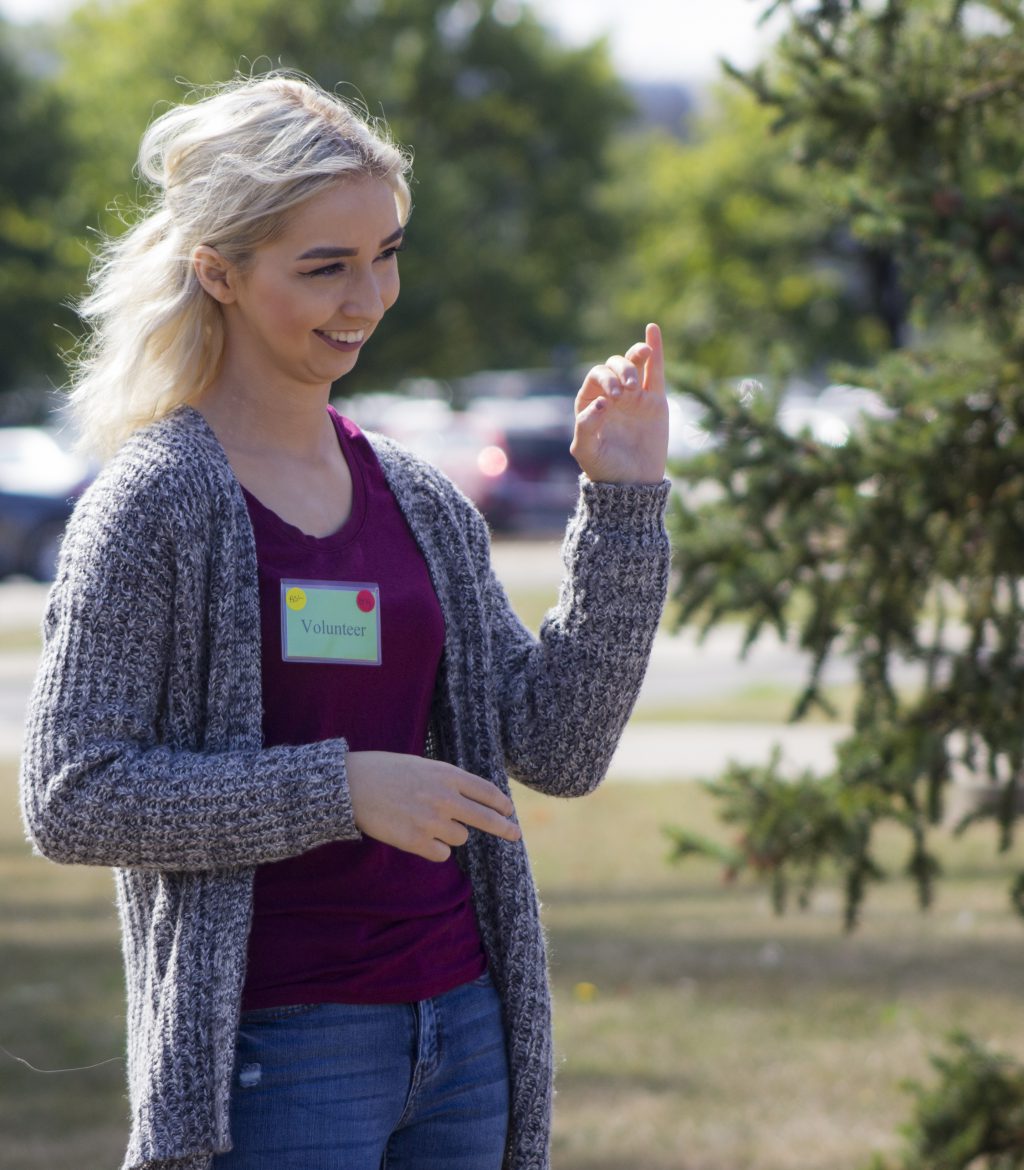 Hearing is among many of our most used senses, especially in this era of constant technology. Students walk from class to class with headphones in, listening to their favorite songs, and zoning out the world. But not all students have that privilege.

To junior Ariel Cunningham, not hearing isn’t an issue. Cunningham has a medical condition called profound sensorineural hearing loss, which meant that she is legally Deaf.

“In percentage terms, I have about five to 10 percent of my overall hearing left,” Cunningham said.

She lost her hearing from a sickness at the age of 13. Her doctors explained to her that there was a good chance she would lose all of her hearing so she started learning American Sign Language (ASL) in high school. To her, Deaf Awareness Week and ASL are a part of life.

“I have a strong passion for sign language in general,” Cunningham said. “Our department is amazing. All the professors have such kind hearts and care so much about the language and care about spreading the culture and language in itself. There’s so many amazing people here so it’s hard not to love what I do.” 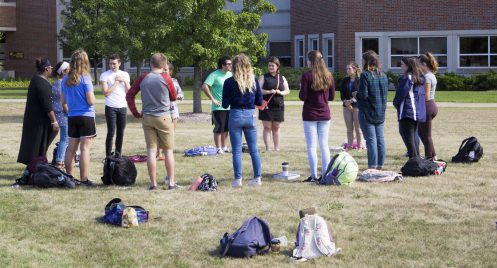 During Deaf Awareness Week, the American Sign Language department holds events throughout the week. The events span from watching “Ninjago” the same way someone with hearing loss would watch it, live performances of stories and musical performances in ASL, and yesterday, Wednesday September 27, the department held Silent Lunch. The event was held in the field between the Finch Fieldhouse and the Health Professions building.

“We’ve been doing [Silent Lunch] for a few years. Professors like Kendra [Miller], Becky [Rees], and Christine [Taylor] come out and put the event on as a part of Deaf Awareness Week,” Cunningham said. “It’s a good opportunity for people to mingle and get interaction with people that sign.”

According to Cunningham, any level of sign language is able to participate at the events.

Cunningham is a volunteer with the department. She helps set-up and tear down events, facilitate games for participants, and scan tickets from the participants. According to Cunningham, students that may be interested in ASL that are not in any classes can reach out to the professors. Due to a variety of both speaking and signing professors, students can get information from them. Students may also talk to the ASL advisors in the Health Professions building if they are interested in the program.

“A lot of people assume deaf [lip] readers don’t even get 30% of what is being said,” said Cunningham. “That’s why it’s so important to help bridge the gap between Hearing and Deaf communities.” 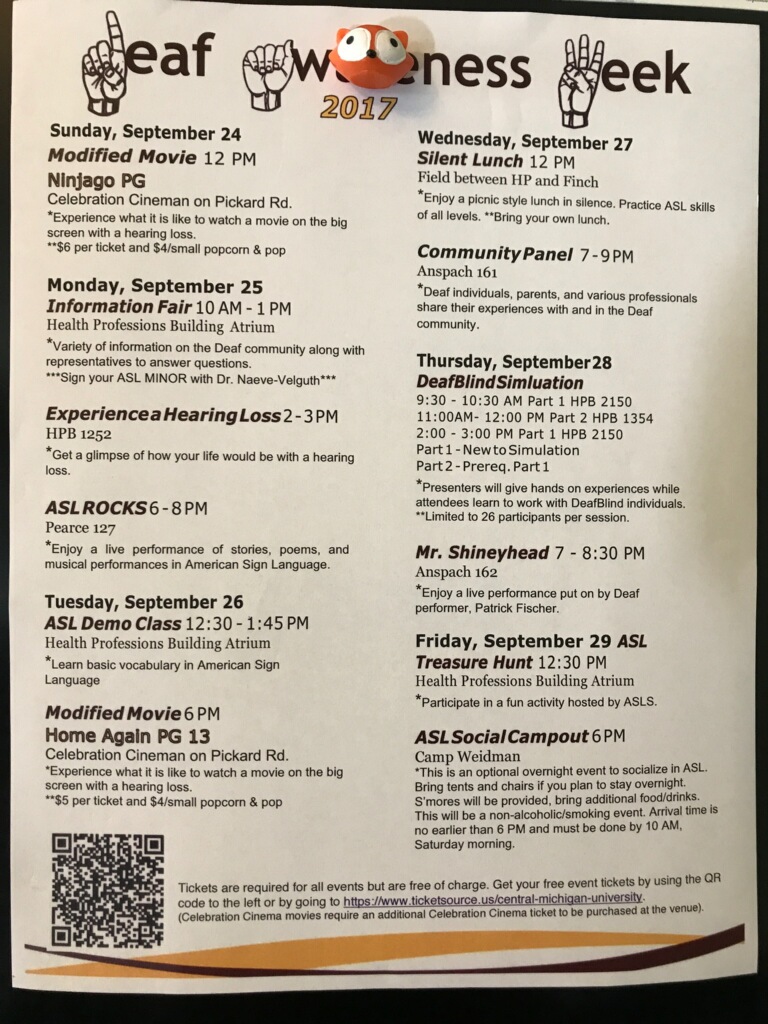