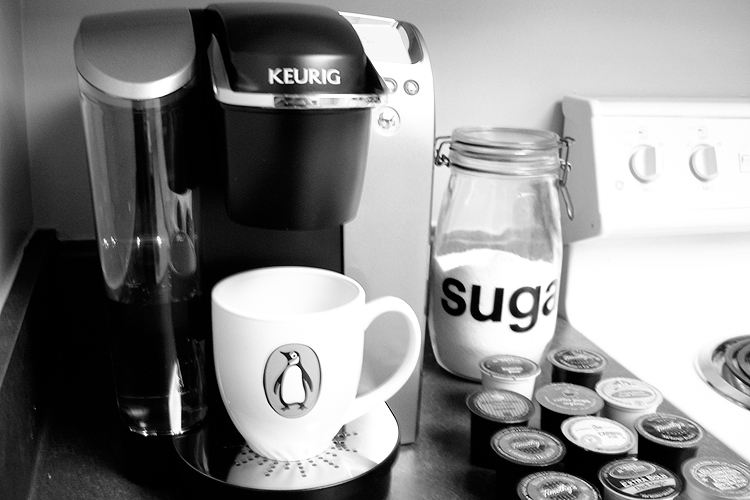 In the winter months, colds linger. Whether it’s just a small sniffle or a full body cold or flu, escaping getting sick is nearly impossible, especially when living on a college campus where we interact with other people, and their germs, multiple times a day. For all you know, the desk that you are sitting in during your 9 a.m. class previously had someone sitting in it with a bad cold in the past 24 hours.

Fighting colds can be hard, since taking pills isn’t always ideal and throwing back a small cup of cherry flavored liquid is not something anyone looks forward to. But thanks to CVS, treating cold and flu symptoms just got a whole lot easier.

CVS created cold and flu pods that are able to be brewed in the Keurig.

How It Works
If you are a typical college student, chances are there is a Keurig somewhere in your living space. If you really like coffee, maybe there’s more than one. Keurigs are easy to use and the only effort needed is adding water and a K-Cup, taking less than a minute from your daily routine.

Each pod contains a single serving of tea that has fever reducer, a cough suppressant and a nasal decongestant, which are all found in cold and flu medications. The daytime version pod is a berry flavor infused with menthol and green tea, and the nighttime pod comes in honey lemon infused chamomile and white tea flavors. So, no, you aren’t just drinking a warm cup of medicine, but medicine that is maybe even a little bit enjoyable.

Putting it to the Test
After taking a leap of faith and hoping I would have some sort of luck with these pods, I brewed my first pod of tea infused with medicine. I was expecting the taste to be a cross between artificial berries and mint. However, I was pleasantly surprised when my sip of tea was actually good – the more I drank the more I liked it.

While it did taste good, I was still skeptical for it to actually work. Obviously tea soothes the throat, but a little over an hour later when I was starting to feel better, I truly started to believe in the power of the pod. After trying it a few more times, I fell in love with the pods.

Not only does it taste significantly better than any other type of cold syrup I’ve had, it’s easy to use in the Keurig machine. The days of gross flavored medicine and pills are behind me, because now, you just have to take a quick trip to CVS and brew some tea to feel better.