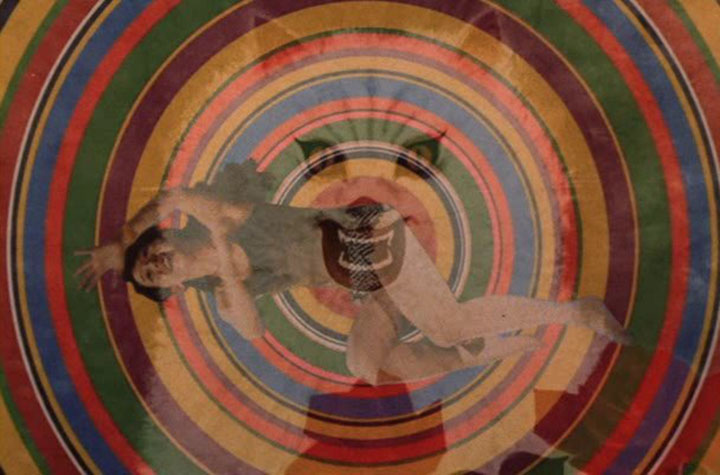 This is week number three of The October Horror Project. This time, the focus will be on supernatural horror films. Supernatural movies tend to be fun because the audience is very much at the mercy of the supernatural element, and filmmakers seem to love toying around with that power. Some of the films mentioned on the past two lists (psychological and vampire) could easily fit into this category and that is the real beauty of it: supernatural simply means “beyond natural,” and this could potentially cover a lot of different movie scenarios. The ones here range from bizarre ghost stories to tales of the occult, and they are all essential for any horror buff.

Hausu remained in relative obscurity until, in addition to a small theatrical run, the folks over at The Criterion Collection released a fully re-stored DVD in 2009. The highly experimental film has now become a major cult favorite, and, once viewed, it really isn’t difficult to see the major appeal. When a schoolgirl decides to visit her aunt (and bring along her seven friends), she finds out quickly that the house she is staying at is very haunted. This is a flimsy description for a movie that is transcendent in just about every way imaginable. To give you an idea of the madness contained herein: a piano bites off fingers and someone is attacked by mattresses.

The Fog was John Carpenter’s follow-up to his slasher masterpiece “Halloween,” and it ended up being slighted by almost every critic. It’s a shame more people have’t given it a look because it is every bit as accomplished as some of the master’s more famous films. It deals with a California shipping town that is haunted by an eerie, glowing fog that is guided by the ghosts of lepers murdered out at sea who have come to seek vengeance for a prickly and violent history. The emotional set-up, haunting atmosphere and highly expressionistic lighting make this one of Carpenter’s most accomplished efforts, and it is ripe for rediscovery.

One of the most recent entries on the list, Ben Wheatley’s stunning film “Kill List” is also one of the most cryptic (the “supernatural” classification may not be entirely appropriate, but it’s almost impossible to lump this film into any genre). Jay and Gal are ex-military hitman that are assigned a mission to kill three men for a mysterious client. But what starts out as straightforward soon turns into an anarchic and primal horror film as the men find themselves in a situation way beyond their control. The levels of horror here escalate—going from the domestic arguments in the opening scenes to the all-out terror that characterizes the last third—and Wheatley, meanwhile, only allows shards of narrative coherency. This makes the end result confusing, almost distressing, as if we are being shaken back to life after a horrible dream.

“The Last Exorcism” is one of those intelligent, maybe even personal, horror films that slipped through the cracks. They did make a sequel to it this year that nobody saw (and for good reason; it’s terrible), but the audience reception was almost unanimously awful. It’s hard to say why, since the film is perhaps the greatest achievement in the found footage genre. A fraud minister decides to perform his last “exorcism” for a camera crew, but the real purpose of the documentary is to raise awareness of his fake process. As probably predicted, the house he goes to is not exactly what he had in mind.

Benjamin Christensen’s Häxan was not really intended to be a horror film, but it sure feels like one. The film is really about how mental illnesses are often misdiagnosed as something supernatural (the most obvious example being witch-hunts), and whether it is entirely convincing or successful as a documentary/essay movie is debatable. What it does do successfully, however, are the reenactments that make up most of the film’s run time. The creepy images are chock full of witches and demons and all things phantasmagorical. An essential film from the silent-period.

Dario Argento’s “Suspriria” is considered an essential example of the genre by nearly everyone. The story of a prestigious dance academy that harbors a sinister secret holds plenty of interest, but the real draw here is Argento’s peerless formal control. His use of color in this film is still hypnotic, and the visuals can often be excessively beautiful and frightening.

Detention is the sort of film that is typically found in one of those five dollar bins at Wal-Mart. It had a short theatrical run and quick home video release last year, but it will likely fall into obscurity due to the critical panning and general disinterest from most people who have seen it. It is a hyper-paced, undefinable blend of vulgar high school comedy, biting satire, serial killer movie and science fiction film. Director Joseph Kahn films at a feverish pace, filling his frame with a baffling amount of jokes and references. As a comment on our current generation, it reveals its aspirations with a surprisingly gentle hand. It’s a gem.

Tune in next week for the last seven films!