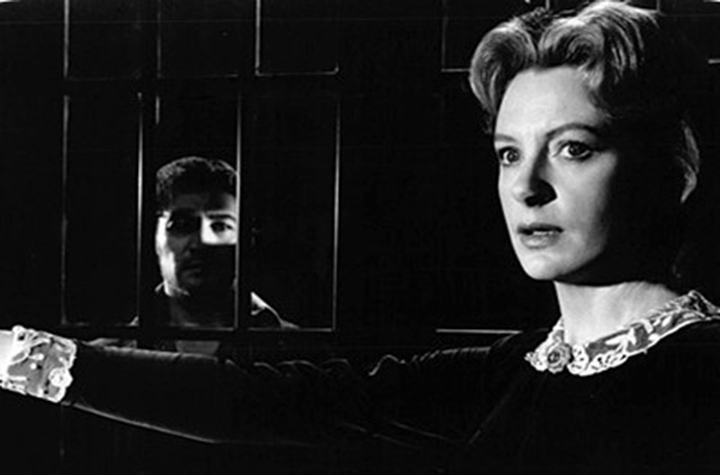 We are now in week two of The October Horror Project where a sub-genre of horror is picked and explored through seven of its finest films.

Last week, the focus was on seven vampire films that still remain, unfortunately, under many radars. This time it’s horror films that deal with the mysteries of human psychology (appropriately labeled as “psychological horror films.”). These can often end up being some of the scariest in the genre. Mainly because of their common ambiguity, we can never be sure if what we’re witnessing is in reality or in the mind of the protagonist. This naturally puts the audience in the dark as much as the characters, and that can resonate in deeply unsettling ways.

“The Innocents” is perhaps the greatest horror film ever made. The script is an adaptation of the famous ghost story “The Turn of the Screw” by Henry James and was written by Truman Capote. The immense literary qualities of the screenplay are brought to the screen with a stunning poetry (due, in no small part, to the cinematography from Freddie Francis). Miss Giddens (in a deeply tormented performance from Deborah Kehr) scores a job taking care of Flora and Miles, two orphans under the care of their wealthy uncle, who may or may not be possessed by ghosts.

We are never sure if Giddens is imagining all of this, and that is all part of what makes it so frightening. The film uses subtle atmospherics to scare and the cumulative effect is more powerful than any of the more overtly violent horror movies.

Many have argued that Andrezj Zulawski’s “Possession” isn’t a horror film at all, but rather a psychodrama about the damaging effects of divorce. This is accurate to a certain degree, but it is unlikely that an audience will sit through this film and not be horrified at something. Zulawski’s signature handheld camera is as mad as the action on the screen, which deals with a couple (played by Sam Neil and Isabelle Adjani) going through the nastiest divorce of all-time. The performances grow exceedingly heightened, until a whole new definition of theatrical acting is created. It’s utterly impossible to describe how off-the-wall this film is, but the most surprising thing may be how its unsettling observations on human behavior, seem to linger long after its finished.

“The Tenant” has never received much praise outside of its very loyal cult following, yet it may just be Polanski’s finest film. Trelkovsky, played to perfection by the director, moves into an apartment in Paris in which the last tenant attempted to kill herself. He soon starts to understand why: the neighbors haunt his everyday life, continually hassling and watching him. The protagonist is soon under the impression that nearly everyone is trying to drive him mad and in the process, his mental state starts to quickly dwindle. This is more blackly funny stuff than the other two films that make up Polanski’s “Apartment Trilogy” (“Rosemary’s Baby” and “Repulsion”), but it never deviates from the tragedy at its core.

Nicolas Roeg’s horror masterpiece has lost none of its power. A couple who have just lost their daughter in a tragic drowning accident relocate to Paris so the husband, John (Donald Sutherland), can start restoration on a church. Visions of their dead child haunt John, and he soon becomes convinced that he is seeing their girl running around Paris in a red raincoat. This might be the most harrowing film on the list, and its flamboyant visual expressiveness beckons further analyzing in nearly every scene. Roeg’s filmmaking is a patchwork of ideas and moments, and it turns this tale of grief into something profound and sublime.

“Audition” has earned itself a bit of a reputation with horror aficionados for the grueling acts of torture at the end of the film. More notable than these scenes, however, is the odd journey in getting there. “Audition” starts off as relatively sweet: a man who lost his wife holds an faux-audition for a movie to find a new one. The woman he chooses turns out to have all sorts of issues, and we are made aware of this even before our main character is. Watching someone in peril is never fun, but Miike handles the material with sensitivity and grace. It is a tough watch, but it’s also a rewarding one.

Lars von Trier’s wildly ambitious and distressing “Antichrist” is a film that was panned and dismissed upon its release a few years ago. There is no doubt in anyone’s mind that Von Trier intended his film to shock and that is indeed, what it does. But the director also offers a strange and explicit take on the psychological horror film. Charlotte Gainsbourg and Willem Dafoe are completely fearless in their roles, as a couple going through the trauma of losing their child. What starts out as a fairly standard tale of grief, turns into an apocalyptic and psychotic drama. This is a visually immaculate film, but its confrontational imagery can leave an intense queasiness. It is unafraid to explore sexuality and the body in ways that more mainstream films would never dare pull-off.

David Cronenberg’s “body horror” films (which are exactly what they sound like) came to an apex with “Dead Ringers”, his bleak ’80s masterpiece about twin gynecologists, who fall into a tailspin of addiction and obsession. Jeremy Irons dishes out one of the finest dual performances ever (and one of the finest, period) as Elliott and Beverly Mantle. Elliott is a womanizer who shares his dates with the shy Beverly, but complications arise when Beverly falls in love with one of the women—a dark and mysterious actress. It tackles the heavy emotional terrain of psychological dependency and eventually opens up into the director’s most disturbing and provocative film. Seek this one out at your earliest convenience.

Tune in next week for another seven films!