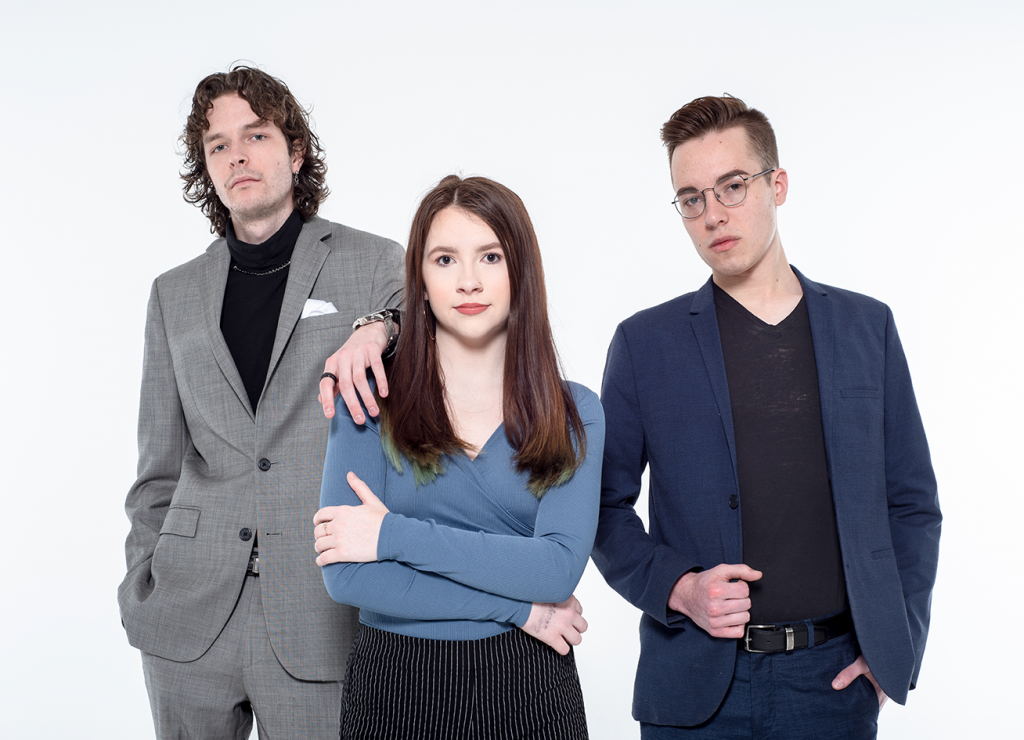 Before COVID-19 shocked our nation and our community at Central Michigan University, the most highly anticipated fashion event at CMU was just around the corner: the 2020 Threads Fashion Show. A lot of hard work goes on behind the scenes of such an incredible showcase; an event that has now been cancelled due to the circumstances.

Threads producers and seniors Alex Beck, Evan Jordan and Brendan Shephard had been working tirelessly to make sure that this year’s show was the best yet. Since there are three producers for the fashion show, that takes a big collaborative effort. 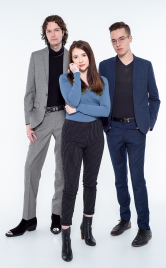 “We oversee and collaborate with as many as two hundred people,” said Jordan. “From our program, our classes and different departments, there are a lot of collaborative efforts that we’re in charge of to make sure things go well.”

The producers have worked on the production of Threads every single day since they were given the positions in May of 2019.

Each producer oversees two committees on their own, but as far as the bigger picture, they have a hand in everything and all decisions. They all even had to take a class to even be considered for their position as producers: FMD 357: Fashion Show Production and Promotion. It’s a great way to get involved in the planning side of things, and you don’t have to be a fashion major to be part of it.

Shephard is the only one of the three that isn’t a fashion merchandising major. As an hospitality major and event management minor, he thought it would be a good way to gain experience and build his resume.

“I took the class and throughout the semester I just kept hearing about producer applications,” said Shephard. “And I decided, why not? I like to be involved in everything I do.”

On the other hand, Jordan knew since he was a freshman that he wanted to be a producer for Threads one day. He modeled his freshman year and his roommate was a producer his sophomore year. After working with his roommate and seeing what she did behind the scenes, he fell in love with it.

Both Jordan and Beck said it’s the most coveted role in the program.

Beck chose to take on the position to step out of her comfort zone. This was her first time in a big leadership role, and she’s thankful to have gotten the chance, given the fact that it is a popular role amongst the members in her program.

“I loved what the producers did last year; that’s what really peaked my interest,” said Beck.

As preparations for the show continued, their days only got busier and busier in recent months. Their Fridays alone were dedicated to Threads planning, and sometimes they’re in Wightman Hall for three-plus hours.

“We really get to see all of our people dive into their own projects and grow in what they do,” Shephard said. “We get to watch the show really come together.”

That’s one of Jordan’s favorite parts as a producer.

“I like seeing myself and the show grow,” Jordan said. “All three of us have the same sense of what we want the show to be. We have this vision in mind and as we get closer to the date of the show, we get to watch it slowly fall into place.”

The three have learned a lot in this process, despite the fact that the show has now been cancelled, and have come a long way from where they were before they were elected into their sought-after positions.

“I was an art kid most of my life, and I’m headed to law school when I graduate,” said Shephard. “Threads came out of nowhere for me, and I just thought it would be good for my minor. But when I took the class and really learned what Threads was, it became my whole world.”

Jordan didn’t even realize his love for fashion until he bought a pair of Nike shoes that didn’t end up fitting. When he sold them on EBay and made more money than he spent, he started to do this more often. He would buy items like shoes, flip them and sell them. It became such a popular hobby of his that he was selling to DJ Khaled’s stylist and players on the Detroit Lions.

“I just found this whole world of crazy cool clothes, and I fell in love,” Jordan said.

Beck always knew she had an affinity fashion. She grew up loving art and clothes, and one of her favorite things to do was watch fashion shows and red carpet events. She was originally an art major, but decided to pursue a fashion merchandising major after taking a fashion class.

Last year, the three even got to go to New York Fashion Week through Threads.

“We dressed models for the show together,” said Beck. The official NYFW Instagram posted two photos of the models she dressed.

Jordan even got to sit down with President Davies to speak about Threads and what the producers are working on to make the show happen.

“It was a really big moment for me,” said Jordan. “Like, I’m really doing big things.”

Their hard work definitely doesn’t go unnoticed, even in the unfortunate circumstances. Groundings have been nonstop for the April 2020 show since May 2019. This year, the show was supposed to be in McGuirk Arena.

Though the show won’t go on this year, it’s clear that everyone involved has the passion, drive and creativity would have made for an incredible showcase. Threads 2021 will positively be a show to remember.