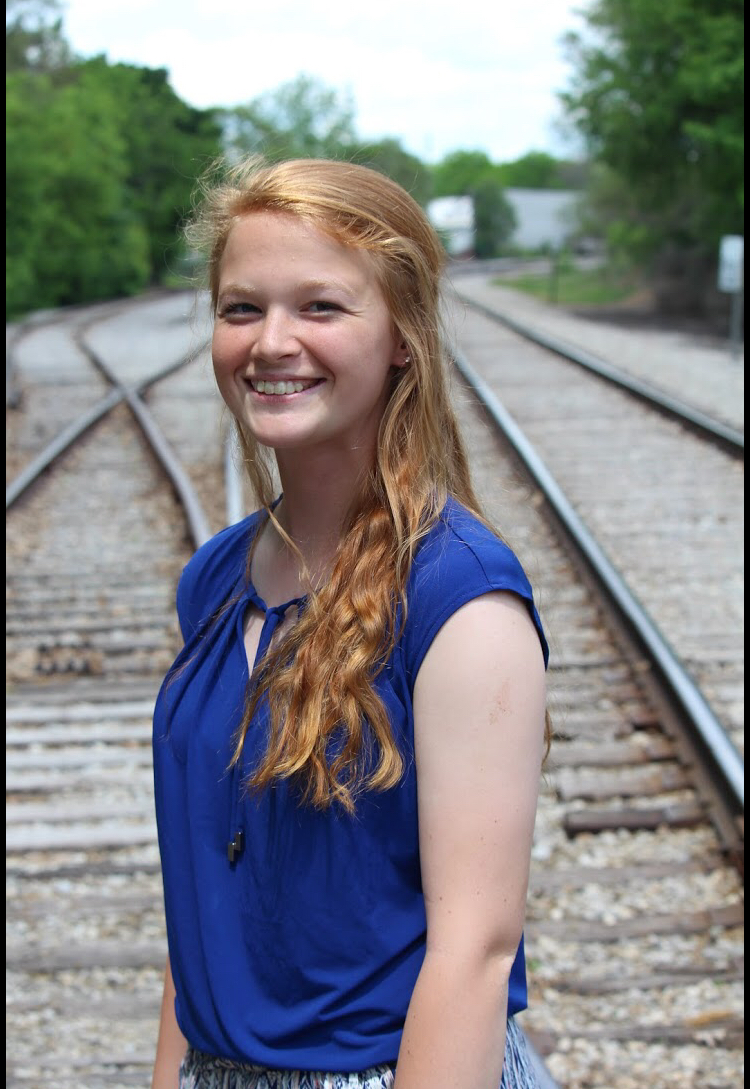 With the Threads Fashion Show fast approaching, it would not be hard to believe that everyone involved is buzzing with excitement and nerves. Maggie Yonker is among the many models participating in the show this year.

Yonker is a freshman from Mount Pleasant, Michigan. Although she is just as eager as her peers about being a part of Threads, she is not a fashion design major. In fact, Yonker is planning on a career in Exercise Science, but became a model for Threads to challenge herself as a part of an activity for the Honors Program.

“For our first-year seminar, we had to do ten things outside of our comfort zone, andI have never done anything fashion-related,” Yonker said.

Yonker heard about the Threads show through her athletic trainer at her high school who had participated as a model previously.

According to Yonker, the preparation required to be a model in the show is quite grueling, but rewarding in the end because of how much fun she has. To begin, there is a round of try-outs where the models have their measurements and pictures taken to be given to a designer.

After this process, the models meet with a designer and sign a contract to officially be made a part of the show. Yonker has already met her designer once so far, but has seen some of her work before and is thrilled to be working with her.

According to Yonker, modeling for the Threads show takes a very manageable level of time commitment, starting with practices of only a few hours every Sunday. However, as it creeps closer to show time, the practices are much more abundant, and go on for longer.

Because she has no previous experience with modeling, Yonker said she had to develop a number of new skills in order to thrive in her new hobby. Yonker says she had to learn how to walk and pose like a model would, and had to get over her fear of walking in heels.

“I’ve had no model experience, so it was pretty much everything there is to know about being on the runway, I had to learn. The learning curve was steep,” she said.

It is often reinforced through magazines, television and movies that models are meant to be portrayed as extravagantly beautiful women who tower at six-feet-tall, but to Yonker, beauty takes on a completely different definition.

“I think beauty has lots to do with confidence. It doesn’t even have to correlate with confidence in your looks. If you are rooted in who you are as a person, and you own yourself then I think that’s what beauty is,” Yonker said.

She says that one of her role models she looks to for style is Beyonce, because of how bold she is. Yonker also admires her younger sister, whom she says is “super trendy” and is a fashion-lover herself.

Yonker says she would absolutely recommend being a model to someone else. She labels the experience as empowering and validating. Despite the image people may have about what a model should be, Yonker believes anyone can succeed at the task.