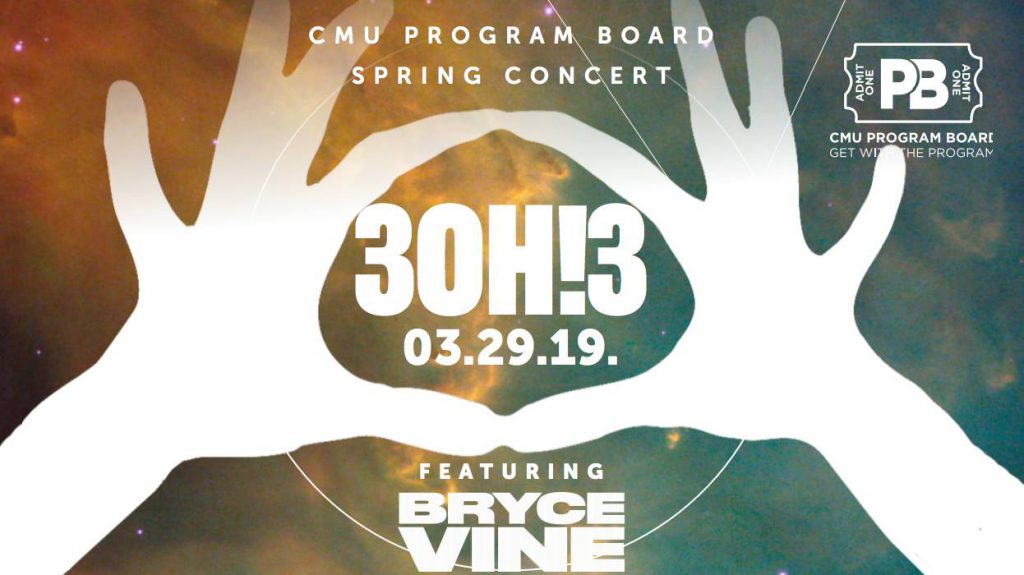 3OH!3 formed in 2004. The band has released five studio albums, and are best known for their songs “Don’t Trust Me,” “Starstrukk” and “My First Kiss.”  Their most recent album “Night Sports” released in 2016.

According to 3OH!3’s official twitter, the band is currently on tour celebrating the 10-year anniversary of their first album, “Want.”

Despite their hits, some students on social media were not happy with the announcement.

CMU junior Carissa Foura shared she was confused about who the band is.

“I have never even heard of 3OH!3,” Foura said. “I’m disappointed that Program Board didn’t pick somebody that is more popular in the current day.”

CMU freshman Grace Ludwiczak said not knowing who 3OH!3 is wouldn’t stop her from going to the concert in the spring.

“I’ll still go and hear more of their music,” Ludwiczak said. “From what I’ve listened to since I heard they were coming to campus, I liked it. I’m always down for a good concert and I’ll be with my friends so, it’ll be fun either way.”

Conversely, there were a lot of students who were very excited that 3OH!3 would be coming to campus.

CMU freshman Katya Dominguez said one of 3OH!3’s songs served as an anthem for her when she was younger.

“There was a summer where one of the only thing my friends and I would sing is ‘My First Kiss,'” Dominguez said. “We were so young as this was back in 2012, but it was just such a bop. It’ll be cool to see it in concert.”

“I’ve been listening to [3OH!3] since ‘DONTTRUSTME’ got really big in 2009,” Driscoll said. “They always put on a super high-energy show. They’re so much fun to watch and I’m pumped to see them on campus!”