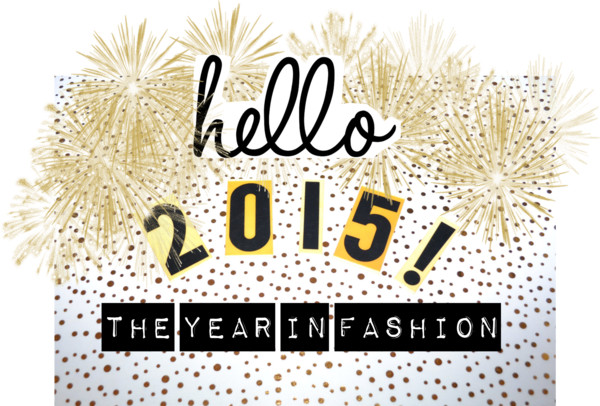 2014 has been an enormous year for fashion. From show-stopping dresses to events the world couldn’t stop watching, this year took the fashion world by storm. Take a look at GC’s top fashion moments of 2014 and reminisce with us.

Normcore is the fashion trend that no one saw coming. It’s a unisex style characterized by seemingly average attire – think mom jeans and New Balance sneakers. It took the world by storm, although many still question the authenticity of the trend.

Kendall Jenner proved she was all grown up this year as she sprung head first into the modeling world. In 2014, she posed for fashion giants such as “Dazed” magazine, Chanel, Givenchy and Marc Jacobs.

Pharrell took the Grammy’s by storm in 2014 with his larger-than-life hat – garnering enough attention to even have a Twitter page for his headwear (see @Pharrellshat for a laugh).

The gorgeous actress rocked the fashion world with her appearance in the dress everyone was talking about at the Oscars. Dressed by Prada and accessorized by Fred Leighton, Lupita looked gorgeous as she took home a Best Actress award for her role in “12 Years a Slave.”

The passing of fashion legend Oscar de la Renta was heartbreaking for many. He had a passion for making women feel beautiful and will be greatly missed in the fashion world.

Blake Lively in Black and White

The actress stole the show at the 2014 Cannes Film Festival in her black and white Gucci dress and Lorraine Schwartz jewelry. The gown gave off a circa-1960’s mod vibe that was admired by many.

2014 was the year for designer collaborations. Alexander Wang’s H&M collaboration particularly grabbed the attention of the fashion media. The fall 2014 line had heavy sportswear influences that transitioned the wearer from the gym to an everyday outfit.

Weddings of the Year

This year, two power couples were married: Brad Pitt and Angelina Jolie and Kim Kardashian and Kanye West. Both weddings were highly anticipated on social media and received attention from all over the world. Angelina’s veil came with a twist, as it was decorated with pictures by her children, while Kim looked stunning in a lace Givenchy dress.

Kate and William headed off on the royal tour this year, but for many, what really mattered was Kate’s wardrobe. The 2011 royal wedding created a precedent of Kate’s style – and she has yet to disappoint. Prince George is an up-and-coming fashion icon, as well, obviously inheriting his mother’s fashion sense.

Karl Lagerfeld used all of his creativity to create a ready to wear show no one had seen before. The setting was a supermarket and the models were dressed in tweed and zippers in colors from the grocery aisle- beetroot red, carrot orange and plum purples. Lagerfeld continued his wow-factor in his protest show for the spring 2015 collection.