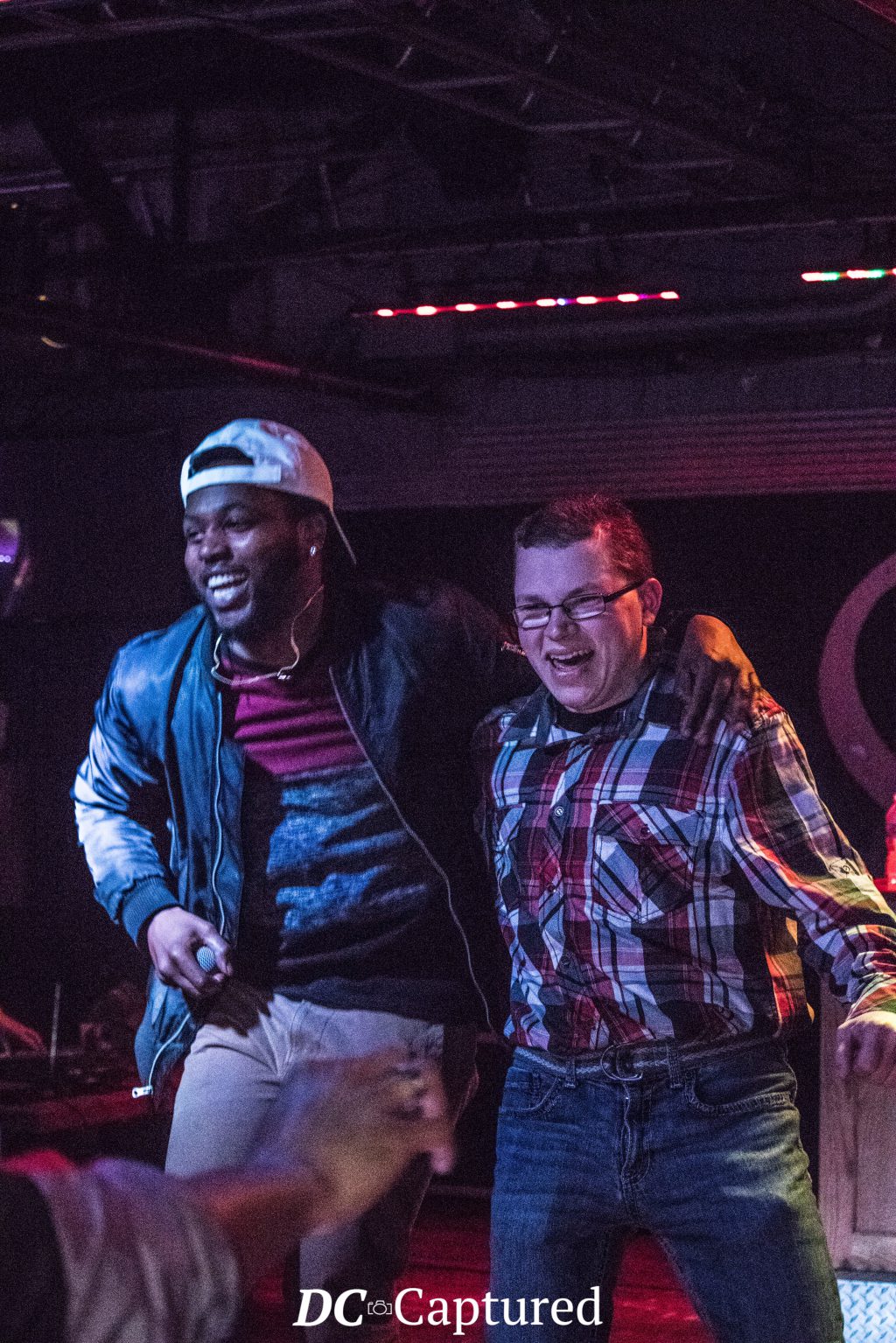 One-by-one, a variety of people filed into the club. Music blared from the speakers and multi-colored lights flashed across the dance floor. A stage was set up in the middle of the floor and gates blocked off certain areas. The setting was pretty much the same as a normal Friday night, but the cause was something much more serious. In order to get into Wayside on April 12, you had to have a ticket to the “Lit 4 Life” benefit concert held in support of local Mount Pleasant man Jordan Chesney.

Tim Crosby, a Muskegon senior at Central Michigan University, hosted the benefit concert. Crosby is studying kinesiology to become a physical therapist, but really he wants to be in the music industry. While many people know Tim around campus most know him by another name: Top Notch.

At first, when Crosby was in high school he wasn’t quite interested in having a career in music. But one day when he was with his friends they asked him to freestyle, and unfortunately he wasn’t that great. When his friends made fun of him for his lack-luster performance, it gave Crosby the motivation to create better music for himself.

Now a handful of years down the road, Crosby writes and performs his own hip-hop and R&B music. With the help of his cousin in Georgia, Crosby was able to go to a real recording studio. That cousin now publishes and copyrights all of his music. Crosby records with the help of local DJs and producers such as DJ Slam and Mikey Blackout. Crosby also works with a plethora of other artists on campus such as D.Anonymous, Trilla, AO, and Scheme Team. Many of the artists he’s worked with also performed at the benefit concert. In Mount Pleasant, Crosby records at his friends’ studios or homes.

“I usually use my friends because they’re pretty good at it… It’s always a cool vibe when we go there because it’s just friends so that helps when you’re vibing in the studio and you’re really comfortable and you’re mind is right. That helps a lot,” Crosby said. 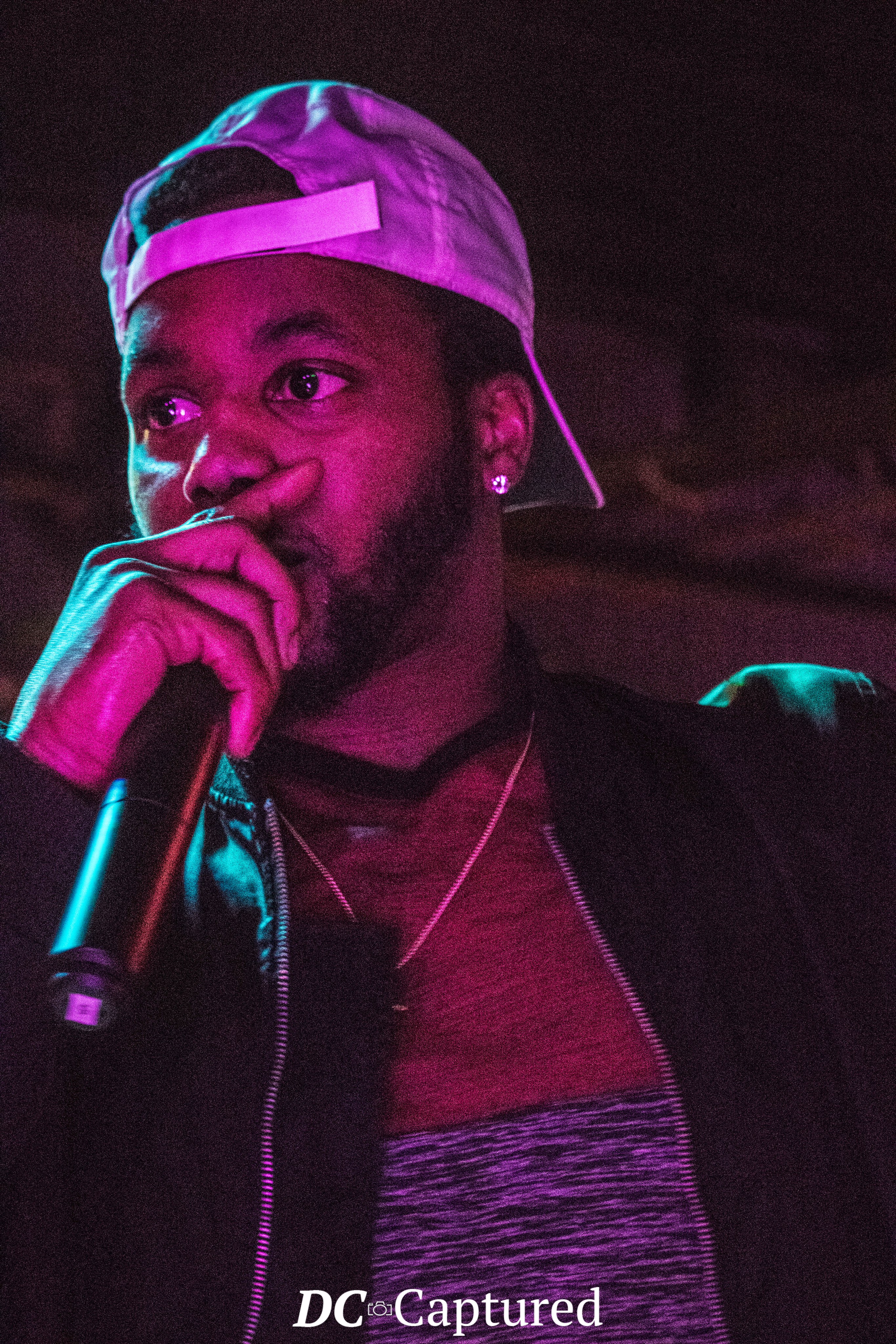 Each performer gave shout outs to the reasons they were all on stage: Top Notch and Jordan Chesney.

Crosby and Chesney first met at their job at Ruby Tuesday’s. They became fast friends through mutual support of each other’s struggles and ambitions.

Chesney’s struggle is hydrocephalus— a condition also known as “water on the brain.” It occurred after Chesney had tumors removed and fluid built up in the deeper ventricles of his brain. The water caused extensive damage to his neurological system, which lead to his temporary inability to talk and a significant decrease in the quality of his motor skills. He had to re-teach himself everything that most people can do seamlessly in childhood. He’s had over 100 surgeries.

Despite these adversities, Chesney has always found a way to support Crosby’s music. 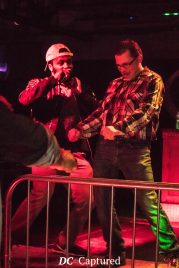 “Out of all of my friends that I hang out with all the time, you know you would expect those people to buy the tickets first, you know, and without having to ask him or send him anything he would just see the posts, he’d come to work, and he’d give me money for a ticket. You know he’d hit me up and be like ‘Hey can you bring a ticket to work?’ He’d always go and he’d always show up early. He’s always really supportive. So I said this time I want to do a concert to help support and benefit him this time,” Crosby said.

Chesney and his parents walked around Wayside talking with friends, family, supporters and fans of the acts throughout the night. Chesney walked stiffly, but with confidence. During one of the sets Top Notch and Chesney danced on stage together. They were both smiling from ear to ear.

The benefit concert was a mix of Crosby’s two passions: Music and helping people.

“I hope people view it more as not just a concert. It’s like we’re helping somebody. We’re doing something we all love. You know everybody loves music in one form or another…” Crosby said. “…We’re giving Jordan the opportunity to help with medical costs and to able to live the best life he can with hydrocephalus and these other artists the opportunity to perform.”

His passion for helping others comes from his mom’s influence. Crosby’s home life consists of his mother, father, and two sisters. He grew up in the suburbs of Muskegon. Being the only boy and the middle child in his family caused Crosby to develop the middle child syndrome, but he believes that was what allowed him to become independent and push himself further.

“It helped me develop and grow into the person I am today and I wouldn’t change that for nothin’. I thank my parents for that now because without that I don’t think I would be able to do the things that I’m able to do now,” Crosby said. “And I thank them for that.”

Crosby’s mother is a nurse and his grandfather was someone he considered to be very loyal and helpful toward his friends and family. Crosby really took those characteristics to heart. He has always volunteered and helped different people, but the concert was his first attempt at utilizing his music to give back in a big way.

Party songs, R&B music and subconscious rap are some of Crosby’s main focuses when it comes to the type of music he makes. But he doesn’t like to classify his music under one genre or another because he tries to make every song unique. That way it keeps his audiences guessing.

One example of his subconscious rap songs would be a song he released in January called “My Shoes.” The song is an anthem to what it’s like to be Top Notch – AKA Tim Crosby. In other words what it’s like to be in his shoes. His subconscious rap songs tell about his life and actual issues in his life along with the struggles of other people that he knows.

“I’m just trying to give a different perspective on life rather than just, okay if I make a party song well you know it’s about ‘I’m at the club, here’s a drink, there’s a DJ,’ but you know if I make a more subconscious song it’s going to tell you why I’m at the club, why I was out that night… So you just lay it all on the line. I like to say there’s no filter on those songs,” Crosby said.

Crosby listens to artists like J. Cole, Drake, Meek Mill and A Boogie for inspiration. 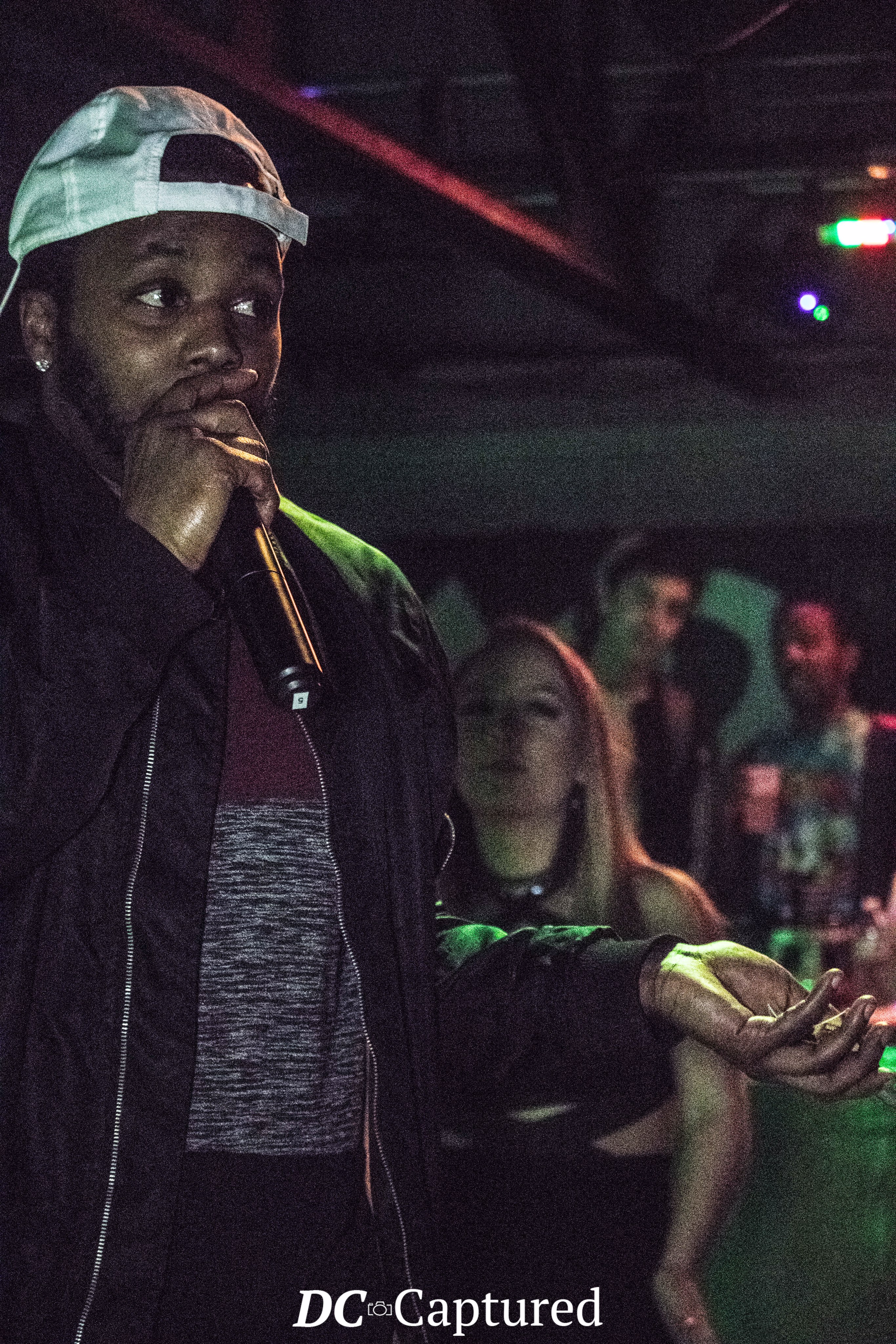 His music-making process really depends on the beat. Almost instantly, Crosby can come up with lyrics for a track if he’s in tune with the beat. He believes the songs he writes in the moment are some of his best work. Crosby has mainly been releasing singles instead of bodies of work for his growth as an artist. His artistic evolution is happening rapidly through each song so he’s waiting until he reaches a consistent style and quality before releasing a full album.

“I get writer’s block. So a lot of times I’ll just listen to beats for days and won’t be able to write to it, and then you know like a week later I’ll make like the best song I’ve ever made… I feel like every time I make a song it’s a different type of song, and I feel like it’s always my best song… So in that sense, like when I’m making a mixtape, song one through seven, by the time I get to song seven, song one isn’t even who I am anymore,” Crosby said. “If I want to put out an EP I want everyone to play song one through whatever, don’t skip it, and you can’t pick out what song is your favorite.”

The last full mixtape Crosby put out was called “Go Crazy Nation” which was released three years ago.