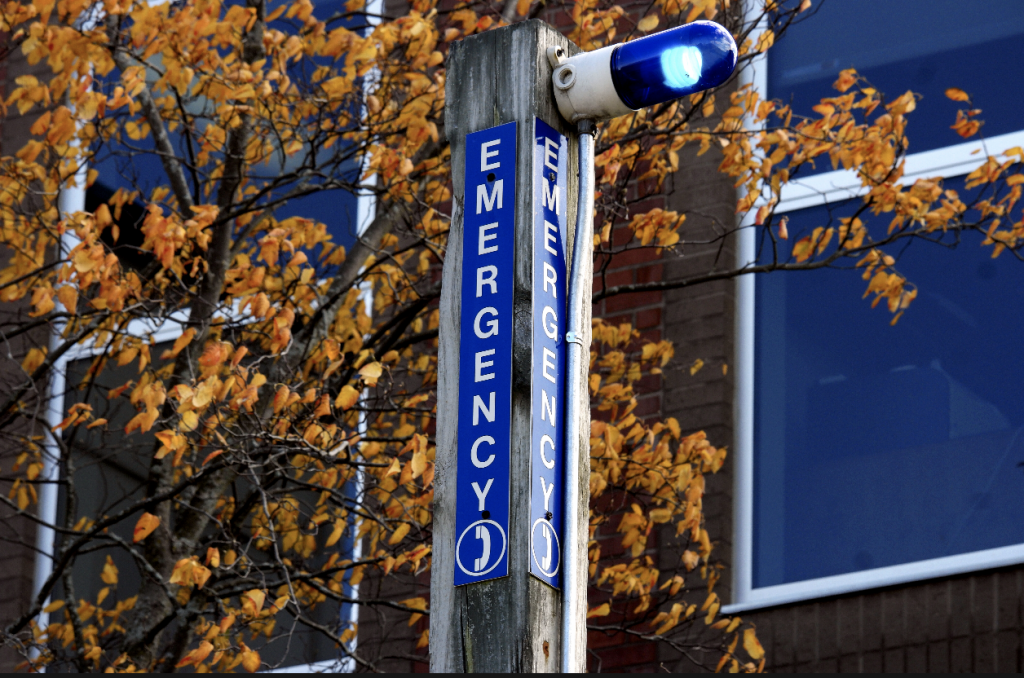 Students often spend time studying around campus till late at night losing track of time invested in their studies. By the time they’re ready to leave it’s 11 P.M. and pitch black outside. Walking on campus alone in the dark at times can be scary, especially on a low-light campus.

Junior, Francesca Rocco feels that when she walks back from the library late at night by herself, she does not feel particularly comfortable. “I feel like there should be more blue lights as well as lighting on campus. Especially that area between Anspach and Pearce for instance, it’s not well lit at all and I don’t like walking through it, but I have to get back to the Towers,” said Rocco. 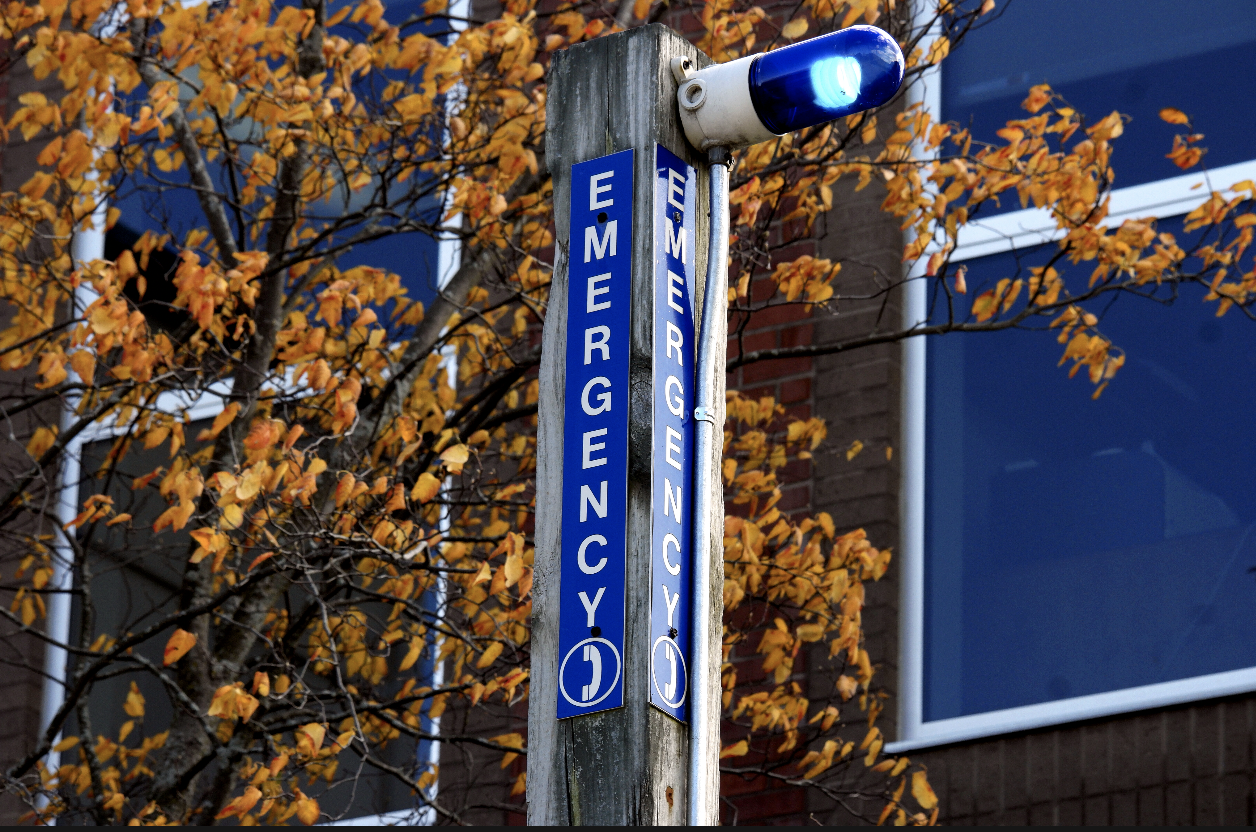 Thankfully, Schoen has never used the blue lights herself, but feels more blue lights would be worth the investment just to make students feel safer as well as parents. “Going on tours with my parents and talking about the blue lights and safe rides is something that made my parents feel safe and seeing how many blue lights that we have on campus made them have better peace of mind dropping me off here and knowing that was there,” said Schoen.

While parents seem to like the system, students neglect the blue light system. Blue Lights were put in place before cell phones gained popularity, but since cell phones became the norm students do not see a use for them. CMU police officer, Jeffrey Ballard said the system is cost efficient for CMU but agrees they are not used much.

Safe rides were thought to be a good service for students, but ultimately began to be abused as a taxi service and were forced to change the way the system ran. “Before if you didn’t feel safe, safe rides would come to you, but now if you feel unsafe you have to walk to a specific location for them to pick you up and it’s because they realized students were using it as a taxi service to get to one place to campus to the other which defeats the purpose of the service,” said Schoen.

CMU is constantly looking at what security measures can be taken and improve students safety. The beginning of fall semester access control was introduced and placed in the newer Towers to improve student safety. The Towers were the first building to have access control as they had the system in place for years, it was just a matter of a software issue which needed to be resolved said Ballard.

Currently access control is new to students, but eventually, it will be the new standard as the plan is to go to different areas around campus every year with east campus expecting to be next for access control said Ballard. 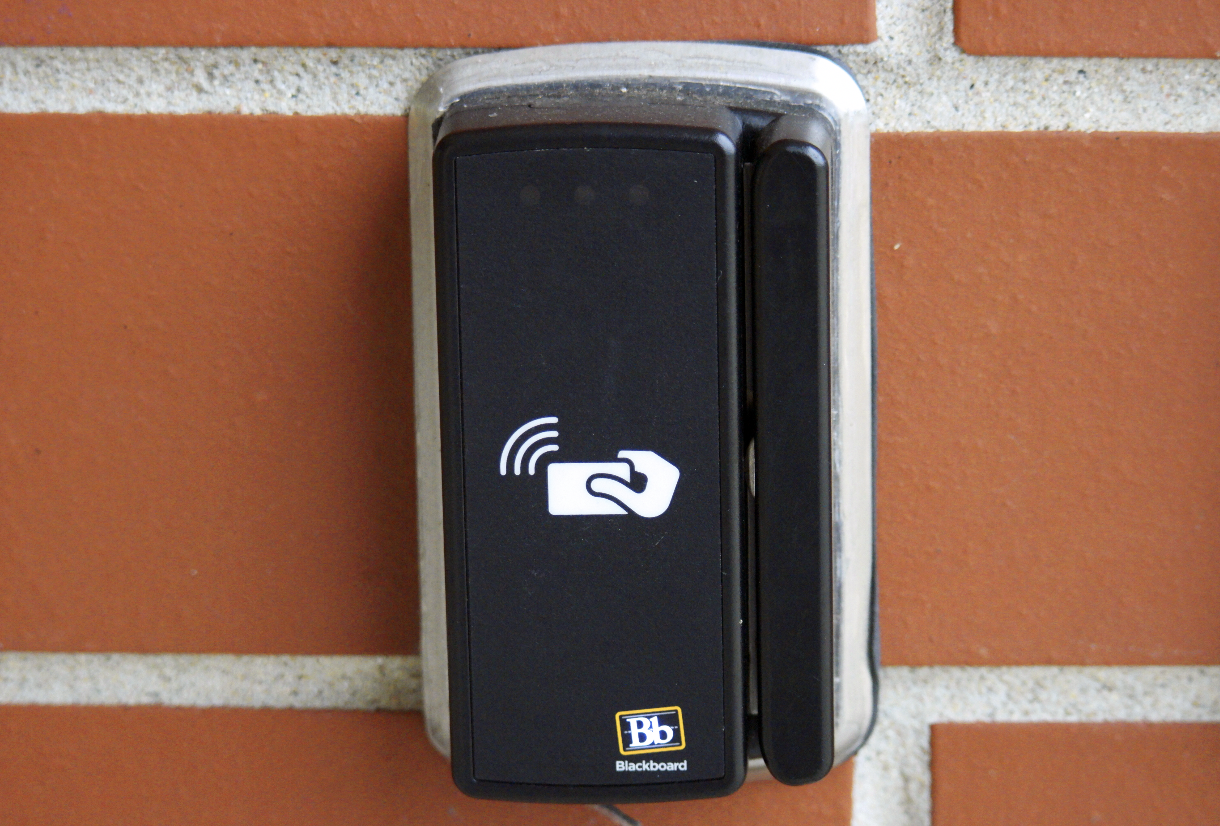 Access control is a good system to have in place, but Ballard said we have to be careful as you can almost overdo access control. “We still want people to have freedom and free range around campus because it’s obviously their second home, so how much is too much is that fine line and what it comes down to.”

Schoen said having a security system in the dorms is important to have, the problem is students tend not to appreciate the system as it makes it harder for them to get into their building and the elevator. The new system is more restrictive especially with the alarms on the side doors and students have less freedom, but ultimately it makes it safer.

Ballard admits you’re always going to have a little bit of kick back when you try and do something new, but when you explain that it’s for safety reasons and most every other universities have gone to something like this, people kind of understand. “Sometimes you have to give up a little bit of that inconvenience to be a little safer nowadays. That’s the direction the world is going to, unfortunately,” said Ballard.

Both Officer Ballard and Lieutenant Cameron Wassman claim there has not been a whole lot of backlash towards the system. “The good thing about starting in the Towers is you had incoming freshmen where this is all they know. For some of the returners they were kind of given a little heads up that there were going to be some changes in fall and I think that helped,” said Ballard.

The workers at the Towers desk though said they receive a lot of complaints from residents about the elevators and side doors being locked as well as the alarms going off. Rocco, who is one of the desk workers said  “We will get a lot of angry people whose ID’s won’t work so they have to check out a temporary pass, but then they will get mad about that because if that’s not turned in on time then their student accounts get charged,” said Rocco.

Rocco is a fan of access control, even with the hassle it may bring as It does make sure everything is regulated and keep students safer. Rocco feels people need to be more understanding towards the desk workers as they have zero control over the system. Rocco does admit though that the elevators should be unlocked until at least 10 P.M. when check-in hour begins.

With everything going on in the world and the recent tragedies that happen in other parts of the world it affects CMU and the way they operate security risks “Who would have thought two years ago somebody would rent a hotel room and shoot out a whole concert. Now we have to look at it as the police department and University because what is right next to our football field? A hotel ” said Ballard.

These security measures are more important to have now more than ever before. It can be scary and unfortunately, that is the direction the world is heading towards now and it’s important to always be safe and secure. Ballard said over the years the police department has been making progress and making strides in making students and staff feel safer. “We’re constantly evaluating how to improve. Sometimes it’s a little slower than other times because things are always evolving, but you try and do your best with what you have,” said Ballard.