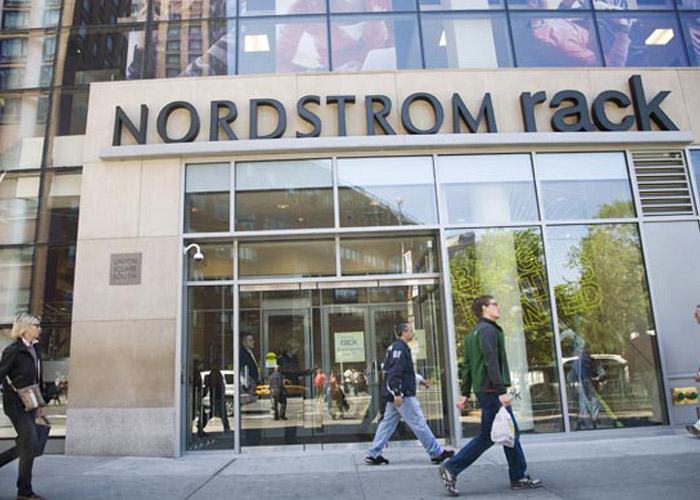 The crisp, clean and very stylish Greg Holland started out managing a small, high-end men and women’s apparel three-store chain in Virginia called Alexander Beegle. This was the start of his flourishing 40 year career in the retail business. Recruited by Gap in 1988, he was offered director of stores and put in charge of starting up a new division called Hemisphere. Eventually the concept for Hemisphere was given to Banana Republic and Holland ended up leaving Gap in 1991.

Nordstrom has three divisions: Nordstrom the full line store, Nordstrom Rack, and the dot-com division. Nordstrom was an exciting new West Coast store that was just starting to come over to the East Coast. Holland realized this was his chance to make something of his growing talent.

He called the vice president of Nordstrom in the Midwest and said, “You ruined my life, my children hate you—can I join you?”

Nordstrom was growing fast and knocking all of its competitors out of the way.

Holland moved rapidly through the company. He was given the job at the Nordstrom in Troy, Mich. where he started as a suit salesman. Four months later he was promoted to assistant manager. Another two months had passed and Holland became the men’s clothing manager—and two months after that he assumed the role of manager buyer for men’s clothing. In his tenure at Nordstrom, Holland became the store manager within just a year after he started.

“I tried to stand out and do so through my accomplishments. I wanted to show people that I knew what I was doing and that I was good at it.”

A few years later there was buzz about opening a store on Michigan Avenue in Chicago.

When Holland heard about the job he called his boss and said, “I was born to do that job so you might as well give it to me now, because I was made to do this.”

The Chicago location proved to be the largest opening in the history of Nordstrom. The store brought in three million dollars within the first day, and Nordstrom currently does more volume in Chicago than any other store on Michigan Avenue. After the Chicago opening, he was asked to run three more stores as well. Holland’s face lit up as he told FAMD members how happy he is to be doing what he loves every day and how he wish he would’ve started earlier.

Holland’s daily agenda encompasses serving and teaching his store managers and overseeing the 16 Midwest Rack stores and the 6 stores in the Mountain Region located in Colorado and Utah.

What does Greg Holland and Nordstrom look for in new leaders for the company?
1. You have to be great at what you do.
2. Do your job, not what you think you should be doing.
3. In order to be effective you have to have an understanding of activity (selling your product) and outcome (final sales).
4. You have to be real, genuine, and yourself.
5. You need strong communication skills and excellent floor presence.
6. Surround yourself with a great team, have high standards, and create a good work environment.
7. Be a good collaborator and partner with people who can get things done.
8. Don’t do it all yourself. Expose yourself and utilize resources that are available.

“When we found out he was coming we were beyond excited,” said Mauro. “He had really good advice for students about the industry.”