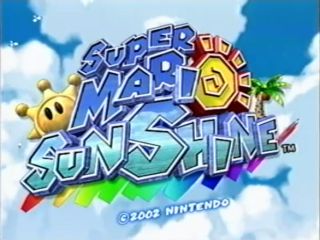 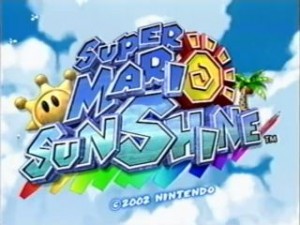 “Super Mario Sunshine” was released just over nine years ago on August 8, 2002, on the Nintendo GameCube. This is one of the hardest Mario games in existence, and is also one of the most fun and unique Mario games currently out.

“Mario Sunshine” introduced players to the Flash Liquidizer Ultra Dousing Device (F.L.U.D.D.). This device would be used in various ways during gameplay.

Ways to use F.L.U.D.D. include spraying enemies and either defeating or stunning them; hovering over the ground and rocketing into high areas; and quickly moving around the map at high speeds.

F.L.U.D.D. is activated by holding down the R button on the GameCube controller.

This was also Yoshi’s first time being a playable character in a 3-D Mario game. When mounted on Yoshi’s back the player could squirt juice or use Yoshi’s flutter jump to get to higher places.

Unfortunately Yoshi is not playable in the water. If Yoshi even touches the water he will dissolve into paint. Yoshi was also underutilized, making him appear as if he was tacked on near the end of development.

The graphics still look quite good for a game that’s nine years old. The most amazing part of the graphics would definitely be the water, which looked incredibly real.

The largest drawback to this game would have to be its horrible story, and its use of voice acting. The second Bowser Junior said “You’re my momma,” to Princess Peach.

Any gamer had to cringe from how horrible it sounded—not just the voice, but the concept of Princess Peach and King Bowser getting it on.

Luckily, the game only has four short scenes with voice acting.
One of the best parts of the game was the not-so-secret “Secret Levels.” Shadow Mario would show up out of nowhere and steal F.L.U.D.D. from Mario, forcing the player to not rely on F.L.U.D.D. to beat the level. These levels are extremely challenging, and even made use of certain jumps that were not used that often through the game.

I tried my best to play this game without a guide, but unfortunately a level prevented me from seeing the final area of the game. The entire level was filled with electrical goop, and Mario had to clean the level with his F.L.U.D.D.— in 3 minutes or less.

The area is rather flat and not much of Mario’s jumping skills are needed. Scattered across the level are barrels of water that can be thrown to clean up large quantities of goop if accurately thrown.

This level sounds easy enough, but after about a week of being stuck on it, I consulted a video on YouTube to complete it.

Apparently there are two ways in which Mario can spray F.L.U.D.D.—and I managed to play the majority of the game using only one of them.

The way I thought was the only way to spray water was to hold the R button all the way down. When the button is pressed all the way down, Mario will stop moving and the camera will zoom in and hover over his shoulder. This will give the player precise control over where the water is going, almost like a first-person shooter but in third person.

After messing with the controls for a bit I discovered if you only slightly press the R button and not down the entire way, Mario can run and spray water at the same time. This made the level that kept me stuck for a week the easiest level in the game.

The biggest flaw of this game would have to be the way it throws the player out of the level after the player dies. When a player loses a life, Mario is automatically returned to Delfino Plaza. This forces the player to reselect the level and wait for the game to load the level. The short load times help, but it would have been better if the game restarted the level rather than kicking the player out.

This game remains unique even with today’s standards. The amount of fun to be had with this distinct gameplay outweighs its minor flaws.

Gamers who have yet to experience this game should definitely play it—especially since it can be found for dirt cheap.