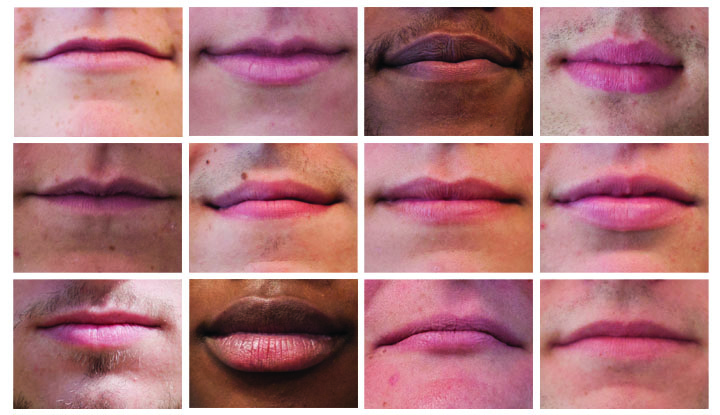 Take a moment and close your eyes. Think of your first kiss. Now wipe that goofy grin off your face.

It’s the one question you can ask anyone and they instantly are flooded with awkward childhood memories, and a moment they’ll never forget. While some students remembered every detail — down to what kind of ice cream they were eating prior to the big moment — others just laughed at the thought of it.

We all know kissing is fun, but it’s your first kiss that will always bring up the greatest of memories.

“I can’t even remember, honestly. We went to the movies and sat in the very back row. There weren’t many people there and when they kissed in the movie, I was like ‘Hey, you want to try that?’ and then I kissed her.” — Justin Juback, Dexter sophomore

“My first kiss was a dare in 7th grade. It was this kid named David in my grade school. He actually ended up being my prom date senior year.” — Christie Genereaux, Walled Lake sophomore

“It was Valentine’s Day and my ‘boyfriend’ at the time stood outside in the snow before my first class and I just kissed him. He turned bright red and ran away. Oh yeah, I remember he was also the bass guitarist in a band.” — Jordan Shroat, Canton junior

“It was the summer after 8th grade. I asked this girl out and we got blizzards and the whole time I was just thinking ‘How am I going to kiss her?’. She got chocolate on her lips, so I said you have chocolate on your lips, and I kissed her. It was nice, and cold.” — Riley Mattes, Brighton sophomore

“I think I was a freshman in high school and it was with my girlfriend, Julie, at the time. It was at a random holiday party in their basement. There was a little room, kind of like in Harry Potter, and she grabbed the mistletoe and we kissed.” — Ambrose Thompson, West Bloomfield sophomore

“Eighth grade, spin the bottle. I was so excited who it landed on, and now it doesn’t even matter.” — Bethany Bacheller, Fremont grad student

“His name was Noel and it was in first or second grade. He was like my sister’s best friend’s brother. We were behind these big bushes and he kissed me. We probably just went and played after, then I moved away in third grade and never saw him again.”  — Nicole Morrison,  Academic Advising and Assistance administrative secretary

“I was on a trampoline at my friend’s house and we were playing spin the bottle. It was 5th grade. It landed on the person I wanted and it was awkward for the rest of the night.” — Bryan Berg, Walled Lake junior