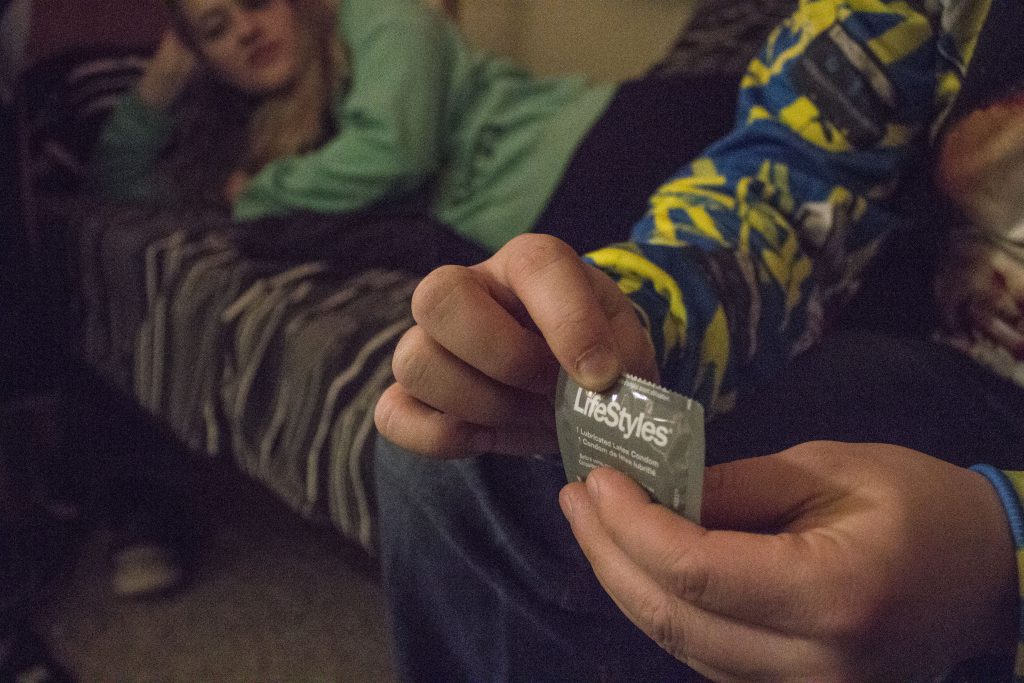 When is the right time for you to have sex?

For some, the epiphany didn’t take much deep thought. You see someone you’re attracted to, you talk to them and the rest is history. Simple. For others, sex before marriage is simply out of the question due to religious beliefs and health problems.

What about the majority in the middle? Those who are lost between social norms of doing it when it feels right versus following traditional values and waiting until marriage?

Our generation doesn’t place monumental emphasis on the meaning of sex.
Entire nights are dedicated to the chase and capture of the person that’s been staring at you at The Gator all night.

As a collective, we’ve all become very accepting of this mentality. We all understand that not everyone wants to be tied down at this stage in our lives and we’re all still figuring out who we are.

For this mindset has its advantages too because it allows us to embrace the thrill of the passionate “hook up” emotions.

Alternatively, intimacy is determined between long-time crushes by the first night spent together, putting immense pressure on both parties to perform. The anticipation to spend time alone with that special someone is exciting and riveting all on its own.

If that spark catches flame, the next question is, ‘do we both want to date? Or just be friends with benefits?’. By then, the deed is done and once the hormones have leveled back out, the relationship will be put to the test.

Wherever you stand, sex is a routine talking topic in our lives. Everyone has their own beliefs, views and values on sex, when to start and knowing when you’re ready. Yes, YOU.

Although the subject is discussed with leisure in 2017, you’re still entitled to your own practices and beliefs.

Take me for example; I’m a virgin and I’m proud! I know what I stand for and I’m not ashamed. And as I’ve previously said, people now-a-days are progressive and understanding. I can say with confidence that everyone I have shared that personal information with was accepting of my decision and so was I of theirs, whether or not it was like mine.

Growing up in a Catholic household, I was taught that sex is meant for marriage. My parents helped me to understand the meaning as I grew up by having ‘the talk’ paired with a promise ring as a visual reminder of my promise before God to my parents.

At the time, I hadn’t fully grasped why my parents instilled such traditional beliefs in me. I simply obeyed them because they had authority over me and, quite frankly, I had no interest in sex.

As I’ve grown up and entered a long-term relationship of my own, I’ve stuck to my word and not just because my parents made me promise when I was 13. From experiences that my friends and myself have had, I understand my parents’ intentions while finding reasons of my own to stay by my pact.

I’ve heard of many couples splitting up because once they went away to college, they’d only have sex when they saw each other again. This only lasted so long until they realized that they barely knew one another anymore.

I’ve been in a long-distance relationship for more than a year now and re-uniting with my boyfriend after months of not seeing him brings a lot of excitement. We’re just like any other human being when we’re together again; hormones, emotions and desires start racing from months of built-up anticipation. We both love getting caught up in the excitement that comes with being together again but once those feelings have subsided, we still have substance.

When we first started dating and slowly began to become consumed by the ‘honeymoon’ phase, I had to bring up a very daunting conversation; when do you think it’s the right time to have sex? Luckily, he shared my views and we’ve used that to help us stay grounded.

We’ve both questioned why we’re waiting when “everybody else is doing it” or realizing that “we’re in love so why do we have to wait for the title of man and wife?”

My answer to that is that I want sex to be special for the person I marry and myself. When you marry someone, it’s forever. Having an experience as monumental as having sex for the first time has so much more value when it’s with the person you’ll spend the good and the bad days with. They’ll be there no matter what, they’ll know literally everything about you and you can confidently say that you haven’t had an experience like sex with anyone else.

However, waiting until marriage is not a popular practice, and that’s okay. Alternately, I know countless people that are ecstatic with their love life.

The adventure of it, the no feelings attached aspect, the feeling of freedom it brings you or even just having their focus on themselves while also wanting to blow off some steam with the ‘hottie’ down the hall.

Regardless of how many pages you have or haven’t used up in your little black book, there are a few things to remember when deciding to pick someone’s flower.

Whether you’ve committed to being abstinent or you want to be the infamous ‘one that got away’, judgment from others, peer pressure and social image should not play a role in your decision.

At the end of the day, you can’t have sex for anyone else but yourself. I encourage you to be selfish with your answer to this question. Everyone has to decide when they feel ready, who they can trust having this experience with and both parties need to be clear about what they expect, whether it’s the beginning of a relationship or meeting someone at Wayside for the first time.