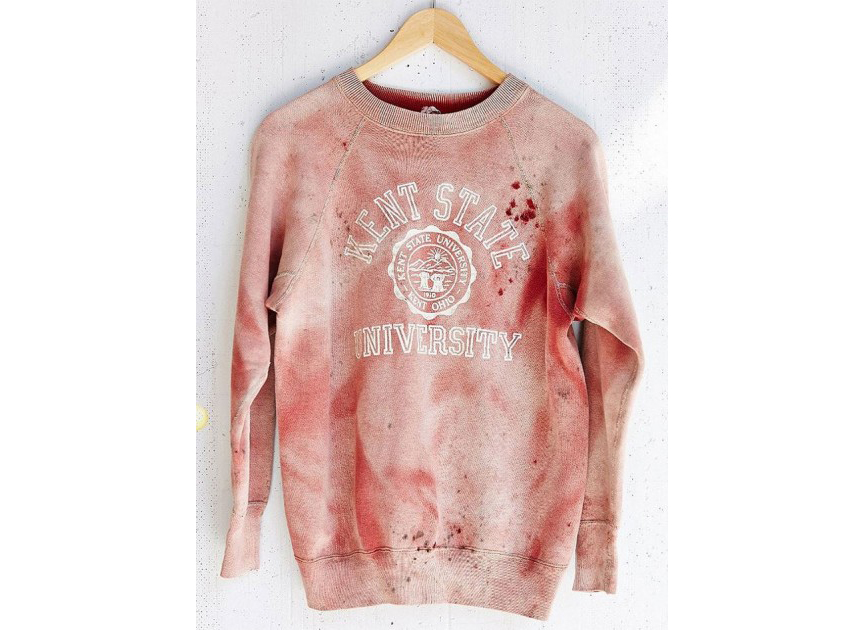 Urban Outfitters’ recent controversy of the bloodstained Kent State sweatshirt has been receiving a lot of attention.

The sweatshirt was viewed as a reference to the 1970 Kent State massacre, where four students were shot and killed during a Vietnam War protest. The seemingly blood-splattered sweatshirt was sold for $129 on Urban Outfitter’s “vintage” section.

Unfortunately, this is only one example of the many tasteless products sold at Urban Outfitters. Urban Outfitters has managed to anger African-Americas, Jews, the LGBTQ community and has made light of a variety of important societal issues. In case you missed it, here is a list of some of Urban Outfitters’ infamous controversies:

Sadly, these are only a few examples of Urban Outfitters’ offensive products. Even more sad, these controversial products typically sell out before they are demanded to be removed from the store. Since the target market for Urban Outfitters are those between the ages of 16-24, the people of our generation are the ones buying and supporting these products.

So what can we do to put an end to these products? Simple. Don’t shop at Urban Outfitters. Buy overpriced, cheaply made clothing somewhere else. If we want Urban Outfitters to stop selling these products, we need to stop supporting them. If sales go down and enough people speak out against them, they may finally take notice of the bad image they’re creating.