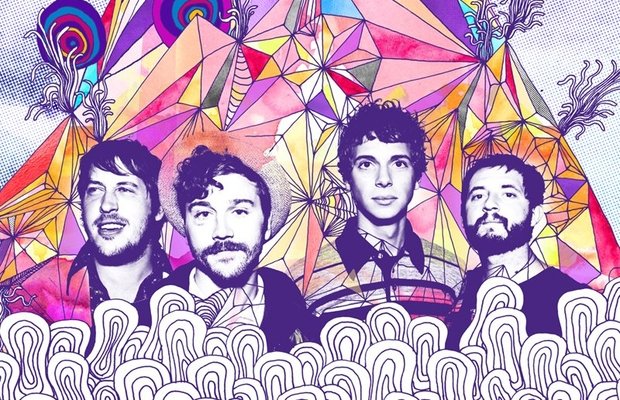 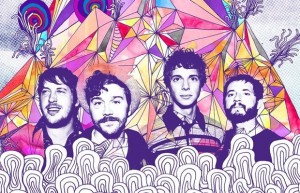 Hearts could be heard dropping around the nation as indie-psychedelic rockers, Portugal. The Man, announced that their sixth album, In the Mountain In the Clouds, would be released late July under major label – Atlantic Records.

We’ve all seen it before; bands replace their eyeballs with dollar signs and bite their tongues as they sign their major record label contracts conveniently doubling as their death certificates. And we see their innovation melt away as the race to commercial success tightens. But fans – remain calm. This time it’s different.

The natives of Wasilla, Alaska return to Atlantic Records with a bang much louder then their most previous album, the boring American Ghetto. Portugal. The Man stays true to their neo-psychedelic tendencies, bringing a sound familiar to the days of yore (specifically the 60s and 70s). They bring “the good old days” of rock in roll to the new age to educate another generation.

It seems that In the Mountain In the Clouds, is committed to this tribute to the yester-years not only in sound but it’s somewhat repetitive lyrics. Throughout the album, a message of rebellion resonates loud and clear. The album begins with more upbeat, faster paced intro songs, “So American” and “Floating” show off bassist Zachary Carothers and bluesy guitar skills from John Gourley and Noah Gundersun. The single “Got It All” holds the most energetic vocals fans have seen in a while.

However, it seems that the flower children have become more grounded as their lyrics share their fears. This album has a looming doubt of how possible peaceful revolution is with an existentialism that stings.

This is particularly apparent in the album’s beautiful closer, “Sleep Forever”. The lead singer, Gourley, enters in with a falsetto amongst gently weeping guitars as he tries to convince himself, “I won’t leave it like they do/ I don’t need it like they do,” referring to the conformity and normalcy that his father and mother succumbed to. The song’s power climaxes with heavy strings and guitar solos that rapidly and independently cut from the song at In the Mountain In the Clouds’ close.

So the album might not instill faith in the flower children’s hopes of a peaceful revolution, but it certainly renews faith in the band’s talent and ingenuity. Gourley’s vocals could have shown more energy and the lyrics could have been less repetitive and vague, but the instrumental talents wash the album clean of any negativity brought by its major record label origins.