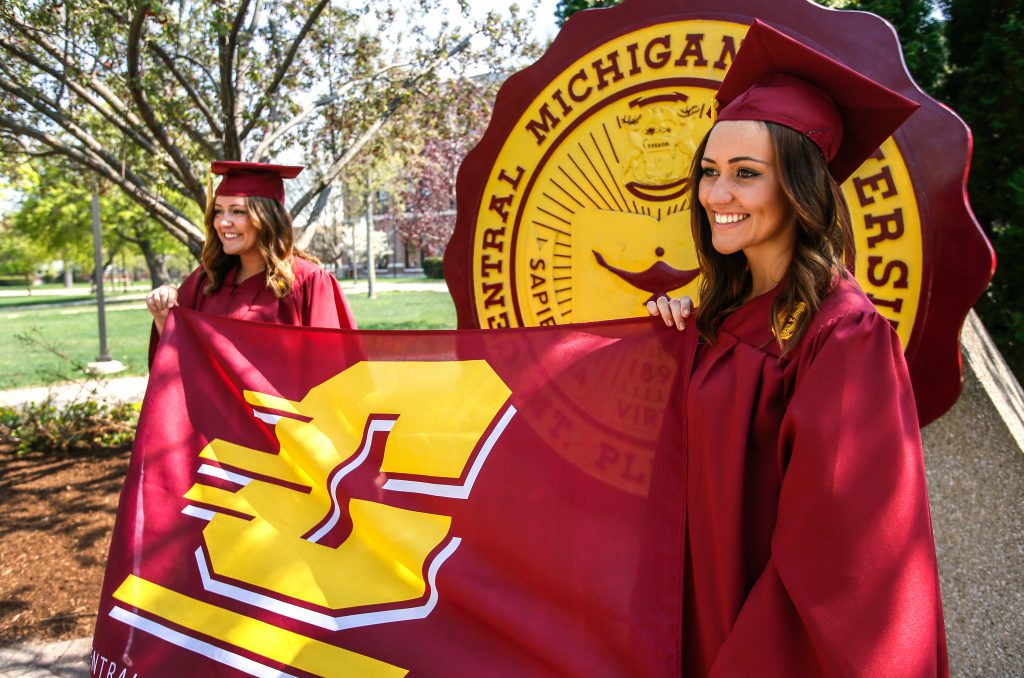 Throughout the years, those who attend Central Michigan University come and go, but the pride they have for their school never fades.

From those with generations of Chippewas that keep the fire burning, to individuals who come back to coach a winning football team, alumni share their stories on what it means to be a Chippewa for life.

A Family of CMU Chippewas
Central Michigan University has always held a special place in Mike and Lynda Thayer’s hearts, and still to this day, they wear maroon and gold with nothing but pride.

Mike and Lynda Thayer always knew that CMU was the place they wanted to go to college – in fact, CMU was the only school that either of them applied to. 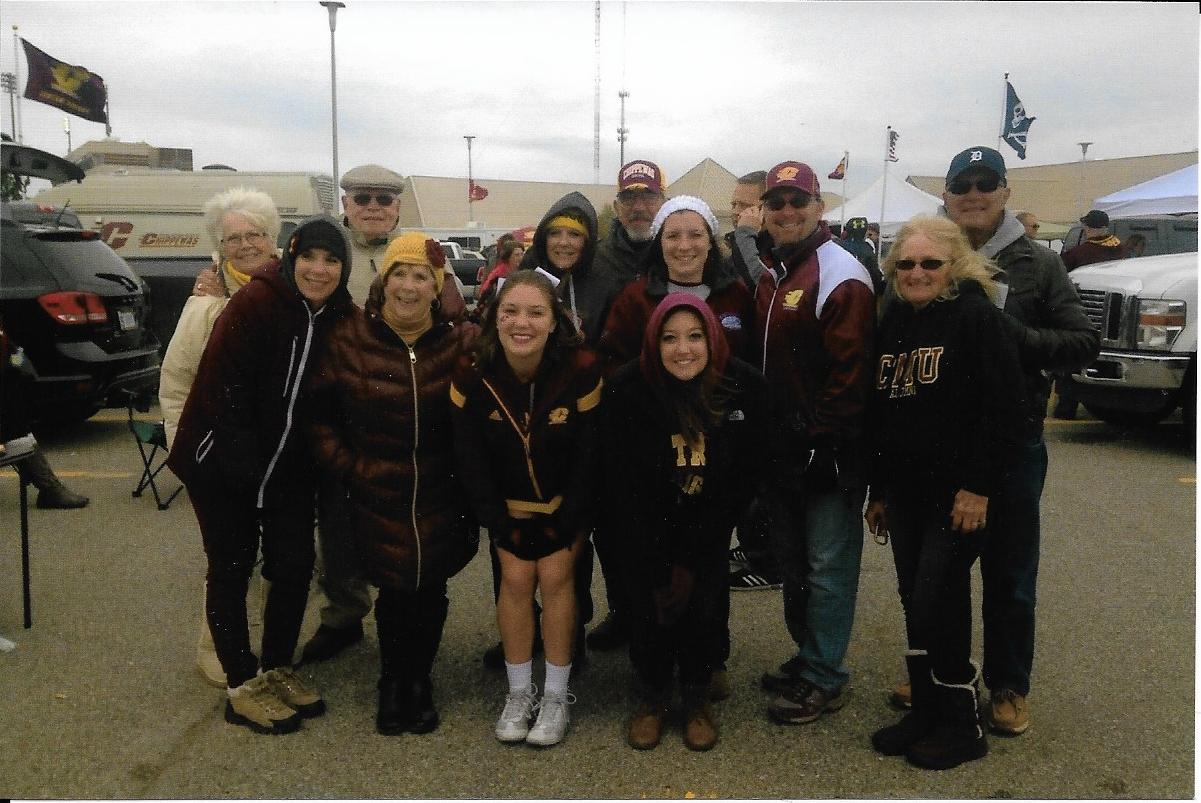 The Thayers both followed in their parents footsteps by attending CMU, where they met each other. Shortly after they graduated and started their careers, the two of them tied the knot. Mike and Lynda have two daughters, Kelsey and Kennedy, whom also both attend CMU. Kelsey will be graduating this December with a degree in accounting, and Kennedy is a third year member of the CMU cheer team. Lynda’s sister, Lisa, and Mike’s siblings, Joe and Anna, are also proud CMU alumni. 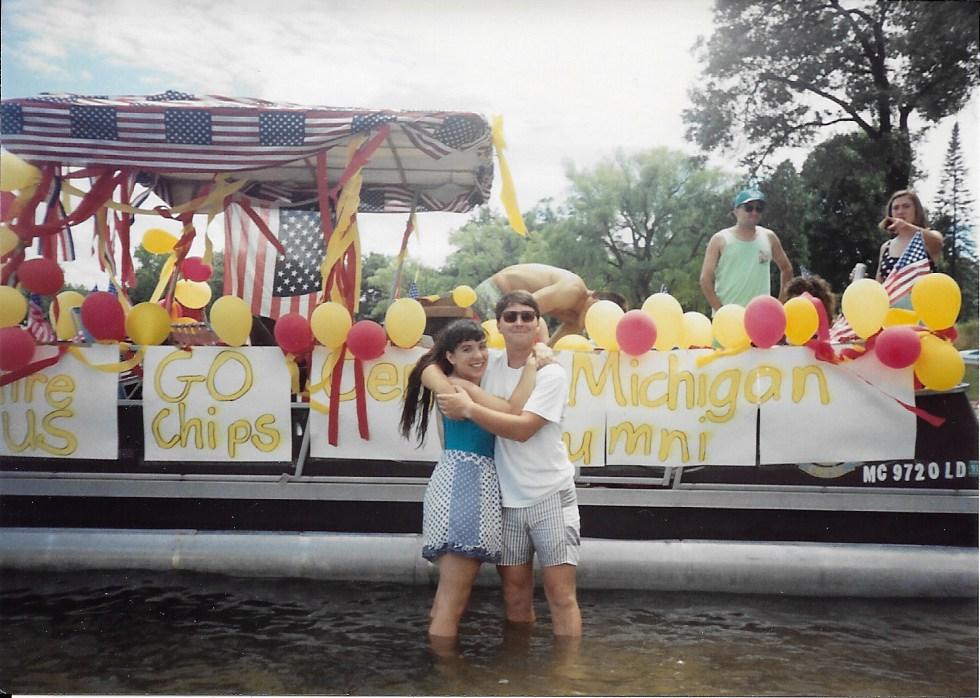 Attending the CMU homecoming game is a must for the Thayer family, especially since missing CMU football games is very rare for them. They attend many away games as well, and they have even traveled as far as Boston, Syracuse, Iowa and Central Florida in years past for games with friends.

What Mike loves the most about attending football games in Kelly/Shorts Stadium is that he gets to watch quality football in an atmosphere that he is able to share with family, friends, students and alumni. Lynda loves the traditions the most: the band, the fight song and the alma mater, which she thinks makes everyone feel connected.

A True Homecoming
During the week of homecoming, CMU students have the opportunities to get involved in various activities such as searching for the medallion and participating in the Homecoming parade, and some of these activities have been around for decades. When Lynda was a student at CMU, her favorite thing about homecoming was knowing that her parents and godparents would be there for the game, of which her father and godfather are also CMU alumnus and roommates during their time here. 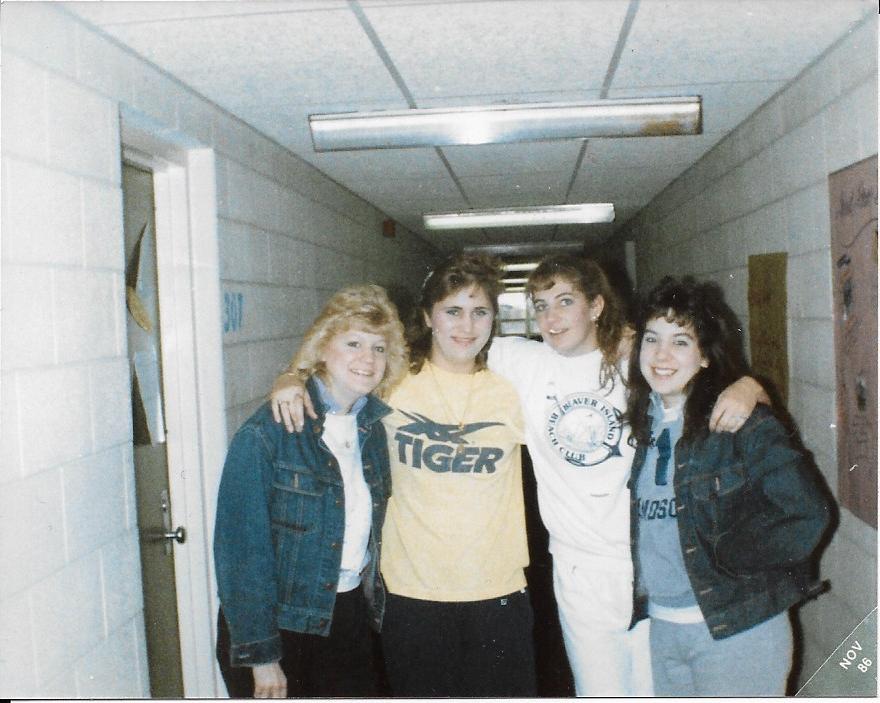 Mike’s favorite part about homecoming while he was a student was watching all of the alumni come back to Mount Pleasant.

“Watching them come back to CMU for homecoming taught me that you might graduate, but you never have to leave,” Mike Thayer said.

“My favorite thing about CMU? When I started at CMU, I was an unfocused, not-ready-for-the-real-world type of gal. So many people, such as friends, RAs, professors, etc., helped me grow into a better version of myself,” Lynda Thayer said. “I can’t imagine where I would be without CMU.”

Mike and Lynda have the unique experience of being proud CMU alumni and being proud parents of CMU students.

“At the CMU versus Western game, while the alma mater was playing and Mike and I were doing the cymbal moves, he whispered, ‘do you know how lucky we are?’” Lynda Thayer said. “We are lucky to be a part of such a great experience – the experience of being a Chippewa! Ooh Wah!”

It’s More than Football
For football Coach John Bonamego and his wife Paulette, CMU also holds a special place in their hearts.

Coach Bonamego was a member of the football team while he attended CMU, and he graduated in the spring of 1986 with a degree in Health and Fitness Promotion and a minor in Biology.

Ever since he was a student here, Bonamego’s favorite part of CMU homecoming has always been the football games and the festivities it brings. He also loves the friend and family aspect of it; he likes that this is a time in the year that he can always count on seeing familiar faces and alumni, former teammates or former coaches.

Growing up, Bonamego moved a lot because his father was in the military, so he has lived all over the world, in places such as Germany, Africa, Kansas and Washington DC. 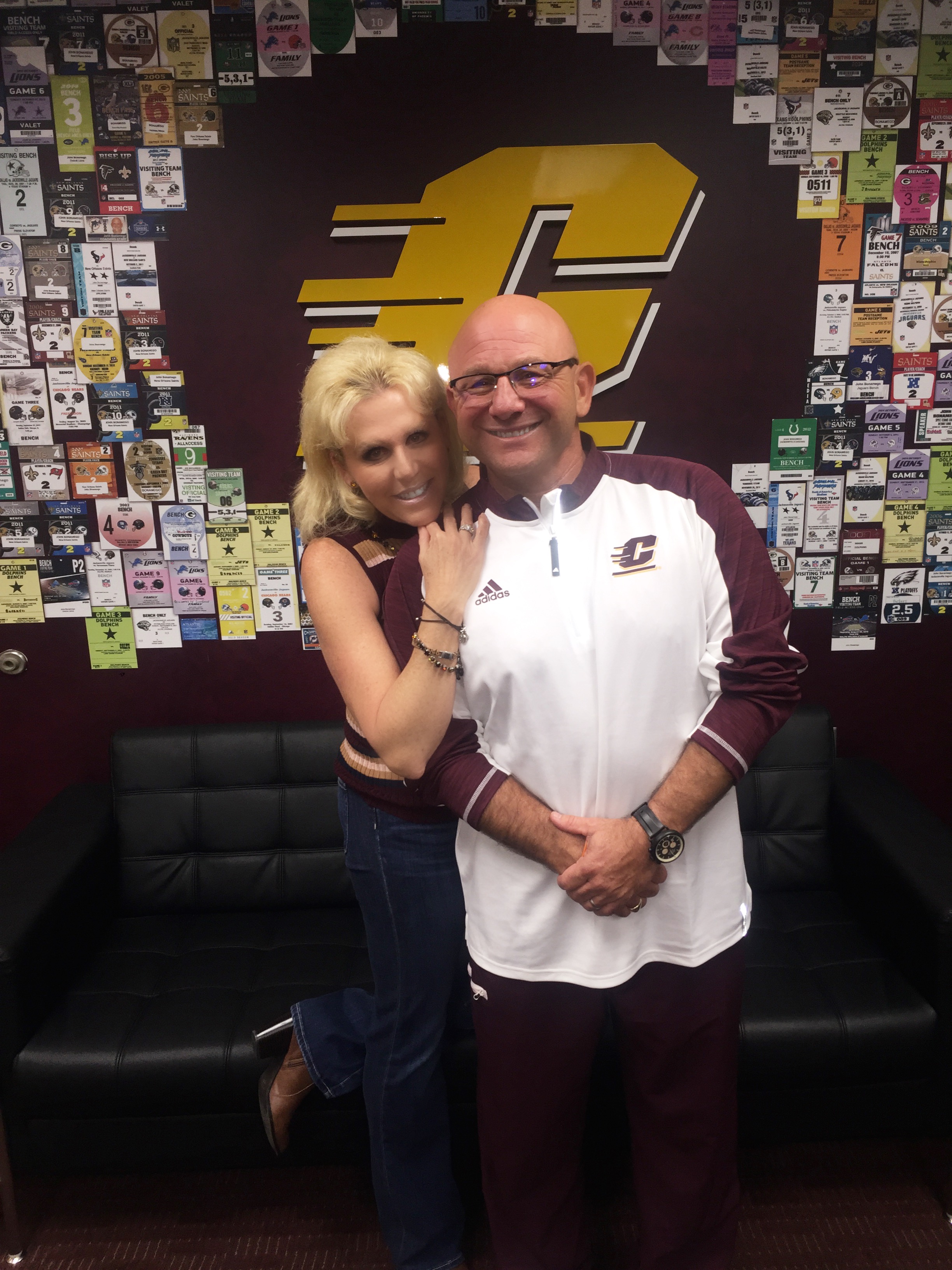 The time he spent in Mount Pleasant was the longest stretch he has ever lived in one place, so that is one of the main reason Mount Pleasant feels like home. The friendships he made while he was a student made CMU feel like a home.

For Paulette Bonamego, CMU and Mount Pleasant are home because she gets to watch her husband live his dream every single day. She also loves the fact that they have been able to buy a house and settle in. The Bonamegos hope they can call this place home for a long, long time.

Bonamego’s favorite part about being the head football coach at CMU is the deep significance the team, coaches and players have in his life.

“I want to do everything that I can to grow CMU football, and see if we can bring it to new and higher heights,” Bonamego said.