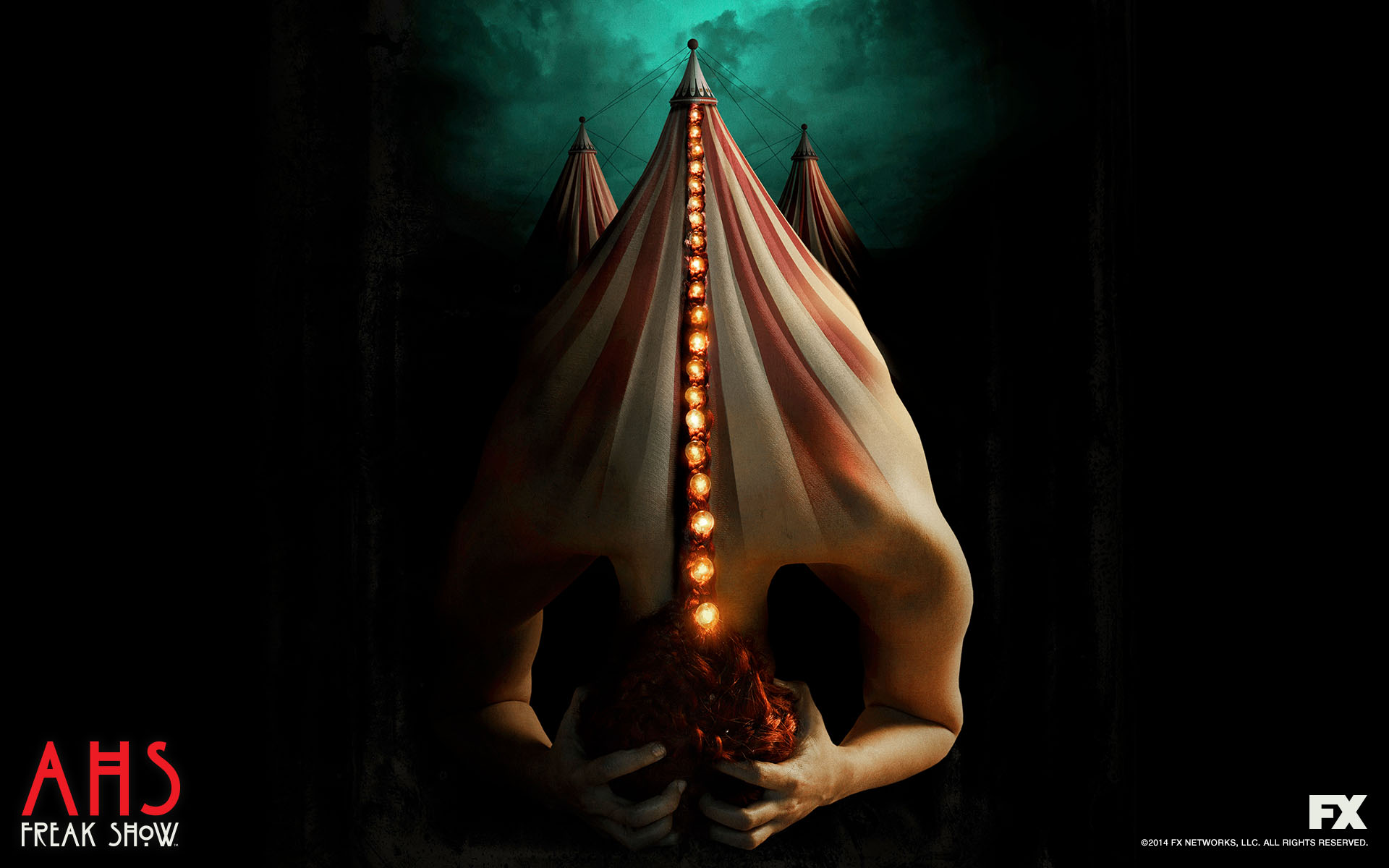 Among the many names considered for this episode, its outrageous events prove that “Blood Bath” is the best fit.

The episode’s name took on different meanings, as two primary characters bit the dust in a bloody fashion and somebody took a bath in said blood. You can probably guess who.

After Ma Petite’s bloodied clothes (and bones, apparently) are found, Ethel tells Elsa she doesn’t think she cares about the troupe anymore. She overheard Elsa and Richard/Stanley talk about quietly killing the twins in the previous episode, and after the twins disappeared, Ethel’s suspicion rose.

Elsa finally reveals the peculiar situation that led to her fake legs. A kind soldier took the legless Elsa to an Italian prop-maker (AHS alum Danny Huston, once again pining for Lange), who assured her that she was beautiful.

That love story will have to be continued another day, if it ever is, as there still some confronting to do. Ethel trains the gun at Elsa, but Elsa pleads for a little bit of booze before her big curtain call.

Ethel, apparently drawing on the love she still has for Elsa, allows this request. “I think this is the first drink we’ve had together, isn’t it?” Ethel asks, apparently buddy-buddy for the moment.  “Sorry you won’t be going to Hollywood, Elsa,” she says.

“Sorry you won’t be there with me,” Elsa says before she throws a knife into Ethel’s eye socket.

Richard/Stanley helps Elsa stage the killing, strapping Ethel in a vehicle and ghostriding it into a tree. A chain wrapped around her neck, connected to another tree, decapitates her in the process.

At the funeral, Jimmy, barely pulling back tears, says though Ethel was famous for her dirty jokes, she was also quite sophisticated. At the end, Dell suggests they all go get a drink.

Way to mourn your ex-lover, pal.

Desiree, Penny (the newly minted “Lizard Girl”) and some of the other female freaks gather around the grave. Desiree decides that, since Ethel was strong, they had to be strong too and take revenge on Penny’s dad. Because, why not?

They kidnap Penny’s dad, scorching him with tar and feathers. Penny decides to keep her father alive, but lets him know it was indeed a choice and that she has the ultimate control over his life – thinking he won’t last long after this incident anyway.

Elsa, in all of her “grief,” goes off to Miami to recruit for the freak show. She finds Barbara, a blank-faced, obese woman bored to death at a health club for the discarded relatives of the rich. Barbara says her high society mother is embarrassed by her, but Elsa tells her about a place where she will not be discarded, but revered.

Meanwhile, at the Mott family soap opera, Gloria tells her psychiatrist that she doesn’t know what to do with Dandy. It seems murder is not a new thing for her son, as his childhood cat and the gardener’s son have fallen victim to his ploys.

The psychiatrist later gets him on the therapist couch, where Dandy asks a peculiar question.

“Tell me, do you think you can gain someone’s powers by eating their flesh, or just by bathing in their blood?” At this point it’s hard to tell if Dandy is trying to threaten the psychiatrist, or if he genuinely can’t fathom anyone stopping him.

Regina (Gabourey Sidibe), daughter of the maid Dandy sliced a few episodes back, appears. Like her mother, Dora (Patti Labelle), Regina will not take any nonsense and doesn’t buy Gloria’s flimsy lies.

Dandy lets Gloria know that if Regina busts him, she’s going to be sitting on his lap when he arrives to electric chair.

Regina comes back the next day to announce that if her mother doesn’t turn up, she’ll be calling the police.

Dandy breaks down, saying that Dora told him his origins when he was five: Gloria’s father lost his fortune and she desperately married her second cousin to maintain her opulent lifestyle.

Gloria insists, however, that her husband was the love of her life. It would be almost sweet if not for that whole incest vibe.

Apparently upset about his incestuous ancestry, Dandy puts a golden gun to her head.

Gloria pleads for him to not kill her. “Okay,” he says, shooting his mother.

The episode ends with a naked Dandy taking a bath in his mother’s blood.

After this week, who knows what could happen next? Let us know what you think on Twitter: @GCMagCMU.