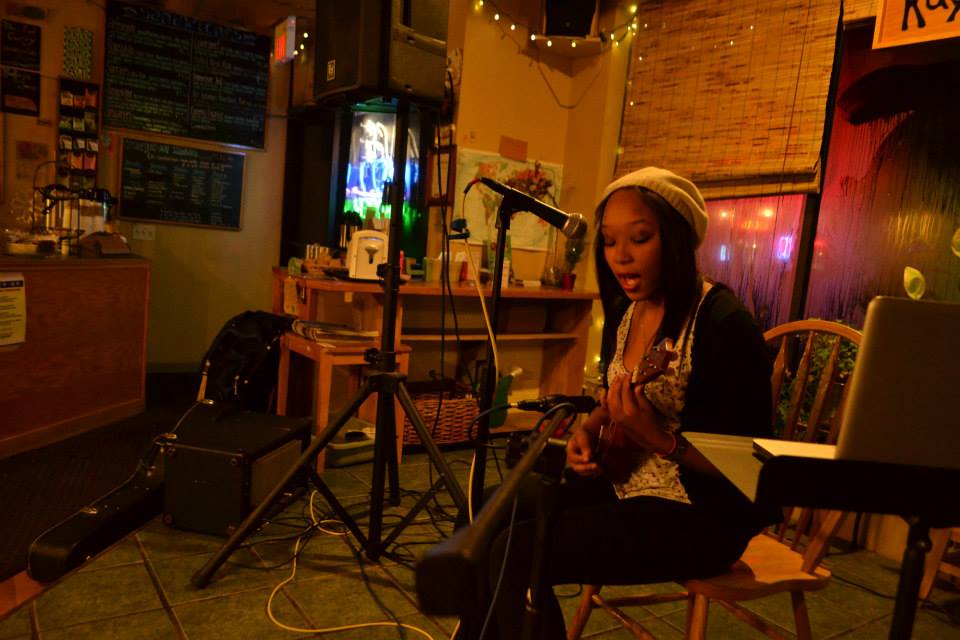 If one thing is certain in the music industry, it’s that life is tough for a performing artist.

From finding gigs to making a name for yourself, being a musical artist is not an easy feat, but with the help of Kaya Coffee House, artists on the rise are finally getting a chance to gain some traction.

Westland sophomore Deanna Amaker is one artist who has dreams of making it big. While her first love is acting, playing and writing music is her preferred method for self expression.

Amaker has been performing original music at Kaya since her freshman year. Her interest in music began in seventh grade and has blossomed ever since. Today, she spends most of her time singing and writing music on her ukulele.

Grand Central: How long have you been performing and writing music?

GC: Do you ever get nervous performing?

DA: Each time I get pretty nervous. It’s exciting and I like it, but I always get that little bit of nervousness. It’s not like stage fright, it just comes naturally, but it all goes away as soon as I start playing.

GC: Are you majoring in music?

DA: Because I love it – once you start playing you forget stuff. Music is really important to me. I just absolutely love it, but it’s too late now (laughs).

GC: Does performing or writing music ever get in the way of your school work?

DA: It doesn’t get in the way, but my school work gets in the way of (my music). I put a lot of my playing and my writing on the back burner and I’ll think, “Wow, I haven’t written a song in a while or I haven’t played music in a while and I need to do that.” That’s why I wish I was a music major, so I could do that all the time.

GC: Do you see yourself on stage performing your own music five or 10 years down the road?

DA: That’s the plan. I definitely want to start recording this summer and start getting my music out there. I want to be able to inspire people the way that my favorite bands have inspired me. That’s what I really want to do with my music.