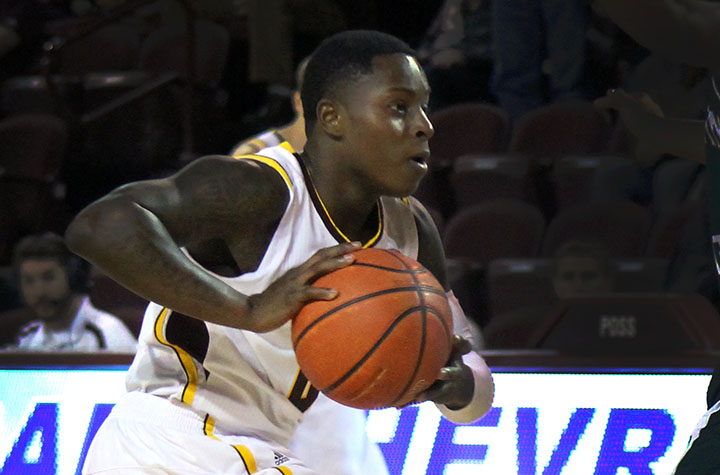 Rayson played with a dislocated finger and helped Central Michigan get its second MAC victory of the season. Out of the 30 points the Texas native poured in, 11 came in the third overtime.

“The dislocated finger bothered me, but I still played and the adrenaline was running,” Rayson said.

Central Michigan only shot 39.3 percent in the first half compared to Ball State’s 46.9 percent, which left the Chippewas trailing 38-30 at the half. In the second half, Central made a comeback, as sophomore forward Blake Hibbitts hit three 3-pointers in the final 22 seconds of regulation to send the game into overtime, 71-71. The game went into a second overtime after both teams were only able to score six points each.

After the second overtime ended 85-85, Rayson took over for Central in the third and final overtime period, scoring 11 straight points. Coach Keno Davis said he appreciated the way his team played on Wednesday, especially Rayson.

“He is one of the players who will only get better with time,” Davis said. “He is a scorer that is going to fill up the stat sheet.”