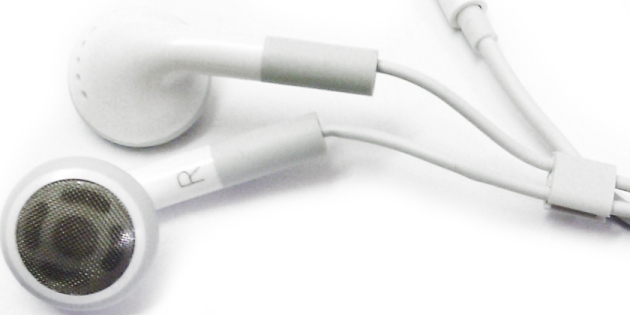 It’s fair to say that the majority of students dread going to class. Professors that don’t take attendance are basically angels in disguise. While class itself can be dull, the walk to and from campus is often bearable.

Accompanied with the right step and the right beat, it’s even downright enjoyable. After approaching students walking to or from classes on a beautiful fall day and asking them what was coming through their headphones, Grand Central got a feel for the campus playlist. The type of music students chose to listen to depended on many factors such as the time of day, the weather or the type of mood they were in.

This edition of Campus Playlist features a wide variety over sounds, from the talents of Lindsay Lou and the Flatbottoms, Brandi Carlile and even Ludacris.

“U Should Have Known Better” by Monica
“I was listening to Monica’s Pandora Station,” Margarie Washington of Detroit said. “I just really like her as an artist.”

“I’ve been listening to a lot of foreign music, I like Zazie a lot,” Missouri native Genevieve Agee said. “She’s a French artist. I really like her voice, and she uses a lot of violin in her music.”

“That Year” by Brandi Carlile

“She has a new album out, so I’ve been going through and listening to her new and old stuff,” Zach Mitchell, a Grand Rapids junior said.

“It’s an upbeat bluegrass kind of day and it makes me smile,” Matt Duthie, a Mount Pleasant senior said.

“My iPod is on shuffle,” Junior Grand Rapids student, Alex Vetter said. “I’m listening to Anathallo. They are a Mount Pleasant band. I think most of their members graduated from CMU.”