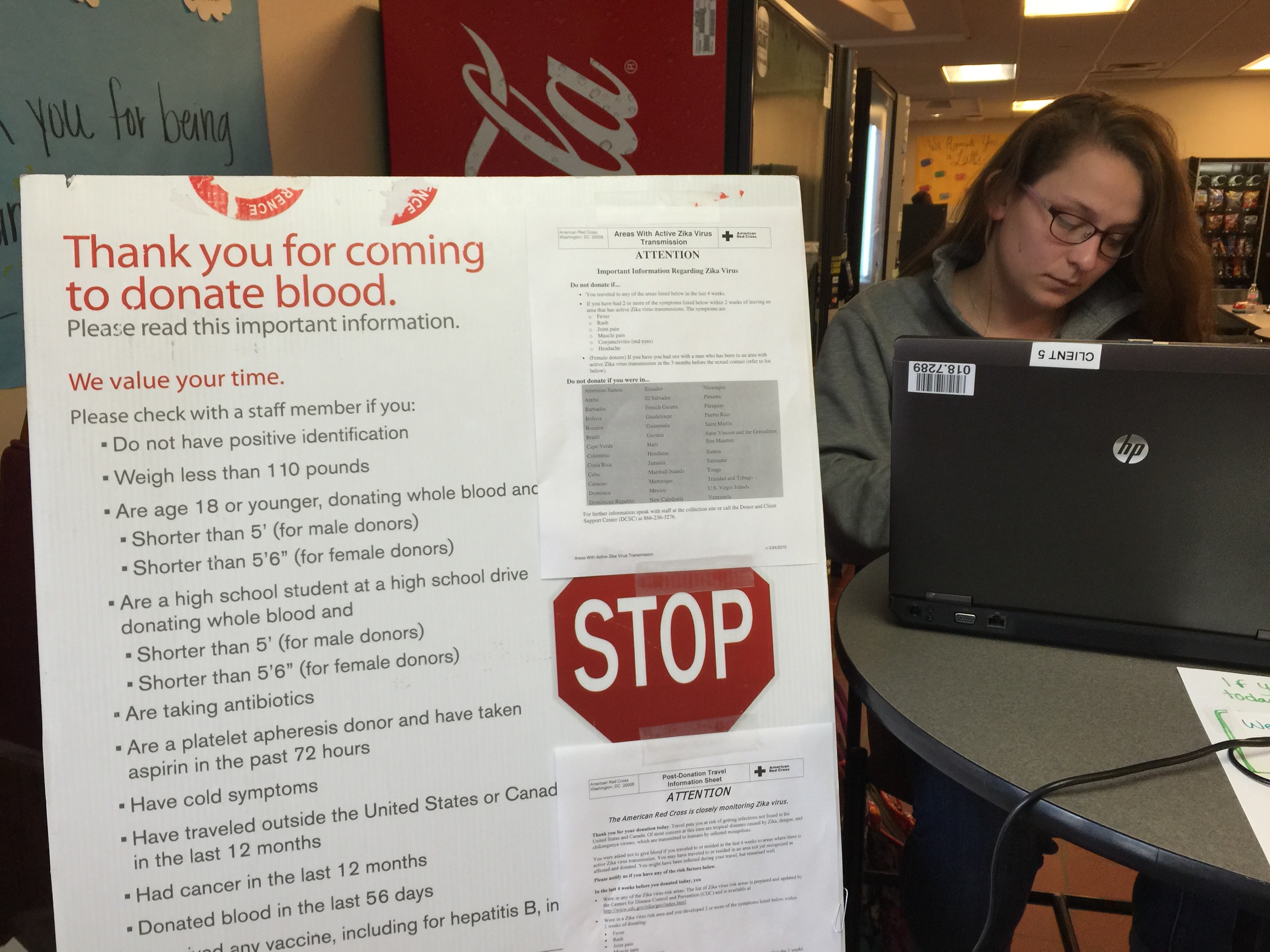 Typically when Central Michigan University is competing with Western Michigan Univerisity, touchdowns or three-pointers are involved, but now the rivalry is all about saving lives. On Wednesday, March 30, both CMU students and Mount Pleasant residents donated blood as a part of the American Red Cross’ blood battle between the two universities.

Freshman Kennedy Steward not only donated blood, but also spent her time as a volunteer assistant for the program. Steward has donated blood ten times in the past, and said that it’s her need to help others that brings her back every time.

“For me, it’s to help other people. I have a really rare blood type so if they can’t get blood then it’s kind of sad,” Steward said.

Although a majority of the day’s donations came from students, members of the Mount Pleasant community also made strides to help save lives. Mount Pleasant resident Stephanie Buzzelli said that the competition with WMU helps encourage donor turnout.

“I think it gets people out there and is able to teach them about saving lives,” Buzzelli said. “It also gives it that competition aspect to see who can donate the most blood.”

Junior Joel Liesenberg, a volunteer at the drive, agreed and told us that the taste of rivalry created a steady flow of donors throughout the day.

“I know that the Red Cross is struggling to get blood donations, so having competitions like this ensures that there will be more blood, and they’ll be able to save more lives,” Liesenberg said. “I know that we were filled up with appointments. We had fifty people sign up.”

Liesenberg also encourages others to donate in the future, saying that the process isn’t challenging.

“It’s really simple. I donate a few times a year.”

To find out about future blood drives in the area, log onto the Red Cross site.