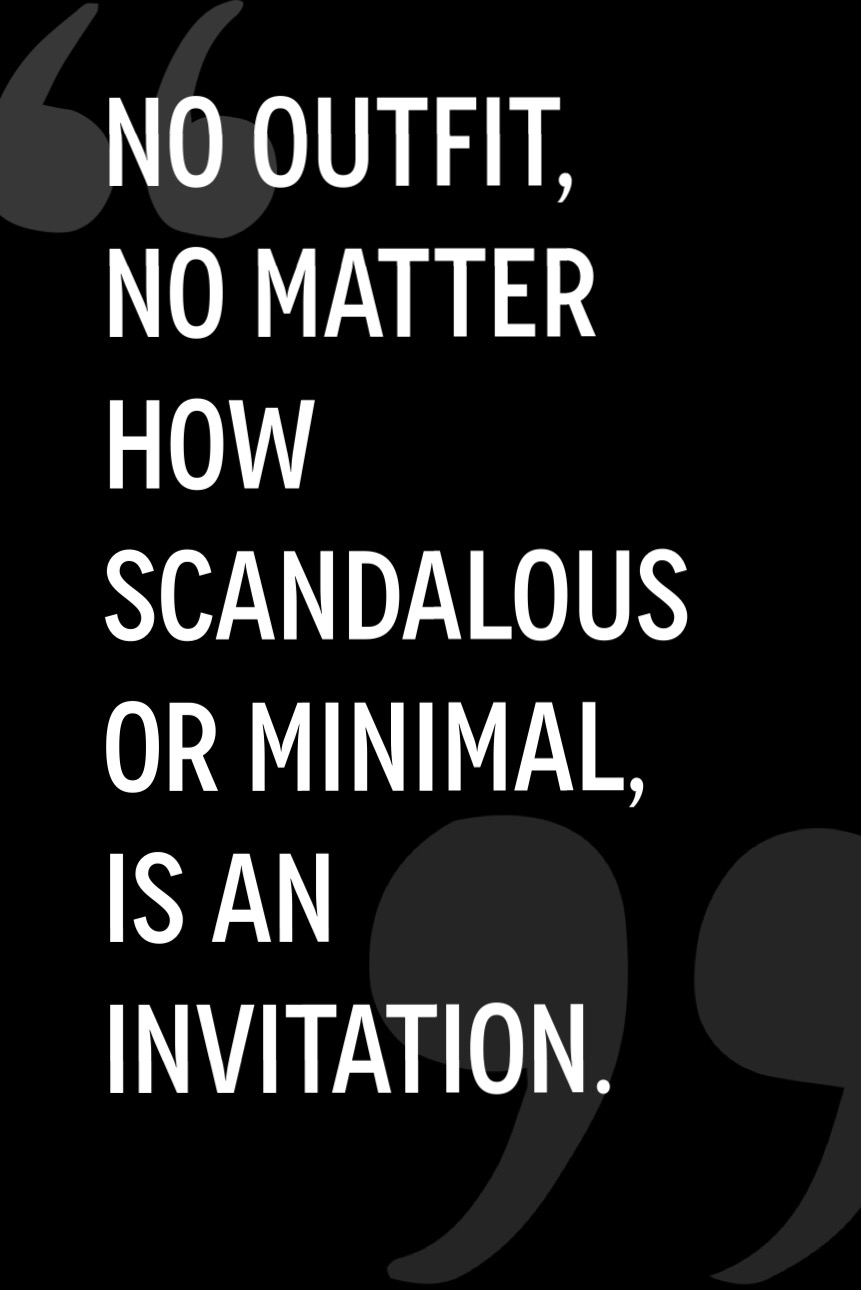 “Her number is still on my phone as “Emma from Wayside.”

We tried to get her to stay with us, but he insisted otherwise. Her only escape was the bathroom.

As soon as I could tell she was headed to the restroom, I went after her. I felt it was my duty as a woman to follow her to figure out what was going on.

When walking into the bathroom, all I remember was seeing the fear in her eyes. “Calm down and tell me what happened,” I proceeded to say.

“I met him last week at Wayside and we danced and hung out for a while, but I didn’t think I would see him again,” she explained to me.

I continued to ask more questions.

“So he feels as if you owe him more attention because he had it from you before?” I asked, trying to figure the situation out.

As we walked out of the bathroom, I brought her over to hang out with my friends and I. We danced together for a while as if we had been friends for years. She had seemed to have lost her friends since she had gotten there, and I felt better knowing she was with me to watch out for her.

I handed her my phone to have her put her number in so that I could text her later that night to check in on her. I sent a message to her around 2:30 a.m. to made sure she was home safe. The reassurance that she was safe left me feeling like I actually made a difference.

I will probably never talk to “Emma from Wayside” again, and she may not even remember me, but regardless, I saved her from a situation that made her feel unsafe.

Ask, Don’t Grab
The saddest part about the story is that it’s so common.

Every single time that I or any of my friends go to Wayside, as soon as we get home someone will always say “so many guys grabbed me tonight.”

What happened to asking a girl to dance? Sure, there are some at Wayside who will tap your shoulder first, but most just place their hands on your hips without any warning and start gyrating against you for no reason other than you were standing there and you look good.

To make sure the desire to dance is mutual, ask before you assume.

If she tells you “no”, calling her a derogatory term is completely inappropriate and uncalled for.

So many girls who go to Wayside aren’t looking to dance with random guys. She might have a boyfriend who didn’t come that night, she might be trying to make a move on that guy she’s been crushing on who came with their group or she might just want to enjoy a night with her friends.

Whatever it is, she has every right to refuse, and your insulted pride is not a reason to call them a degrading name. If after she dances with you for a while and decides she’s not feeling it anymore, guess what? Still not an excuse to do anything but accept the situation and move on.

Let’s be clear. Just because I’m at Wayside, and just because I might be showing a little more skin than normal, does not give you any right to force yourself upon me.

Half of the fun of going to Wayside is getting all glammed up with your friends. We do it because it’s fun and so we’ll slay in the pre-club pictures, not because we want random people to try and grope us.

Someone’s outfit does not give you any right to their body; no outfit, no matter how scandalous or minimal, is an invitation.

Breaking the Cycle
While these interactions may seem like just a casual annoyance, they are actually an attribution to rape culture that needs to be changed.

If you see someone struggling to shake off a persistent pursuer, step in. Follow them to the bathroom, walk them home or invite them to hang with you and your friends.

You never know when you or someone you know is going to be “Emma from Wayside.” Band together and watch out for females, so we can all enjoy a night killing it on the dance floor without fear of being groped unwillingly by a stranger.