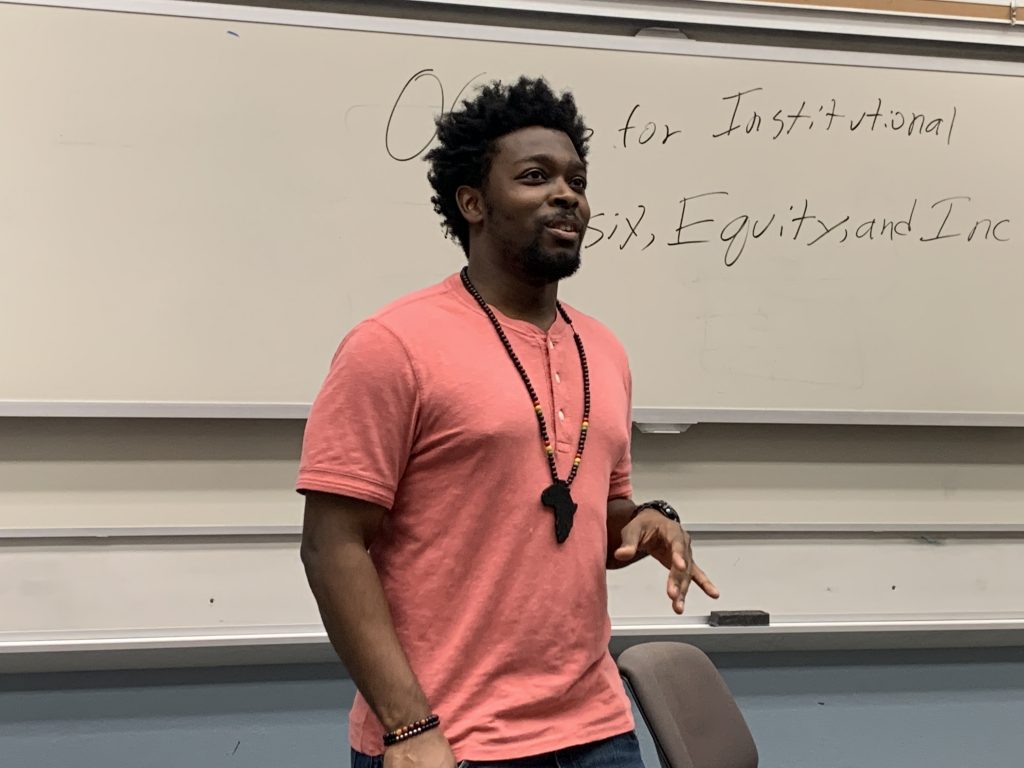 The podcast revolves around “otherness.”

“Otherness is the feeling of being the only one of your kind in any given space,” Huffman said.

Huffman, an African-American, is the only full-time reporter of color at his office in Grand Rapids.

The podcast has been slated for five episodes in the first season and has released four.

Huffman said the first season only planned for five episodes because his news director at Michigan NPR wanted him to be back on his education beat by the beginning of the school year.

Every episode opens up with a “story slam” from Huffman where he tells a unique story to show he is “more than a reporter.” He records his open mic session at Stella’s Lounge in Grand Rapids and puts that at the beginning of the podcast.

The episodes include Huffman and two guests where they engage in “barbershop style discussion.”

Huffman said that he did not interview his guests in the same studio, which made things more difficult for him.

“Interviewing is a lot easier in person where you can see their facial expressions and body language,” Huffman said.

His guests were in a separate studio when they were interviewed to ensure proper sound quality.

“I wanted the vibe to feel like you were sitting at the bar with your favorite drink in your hand,” Huffman said. “I even recorded some episodes with an empty beer bottle in my hand to get the feel of being at the bar.”

Huffman said his guests were often authors or activists that had a deep knowledge of the topic of discussion and otherness.

Although Huffman did not interview an activist for the white community for the podcast, he said he wanted to. He could not line schedules up.

“I’d love to do a live show with a white supremacist,” Huffman said.

Season one will be coming to end on Sunday when the fifth episode is released, but Huffman hopes to continue his podcast or speaking at live events.