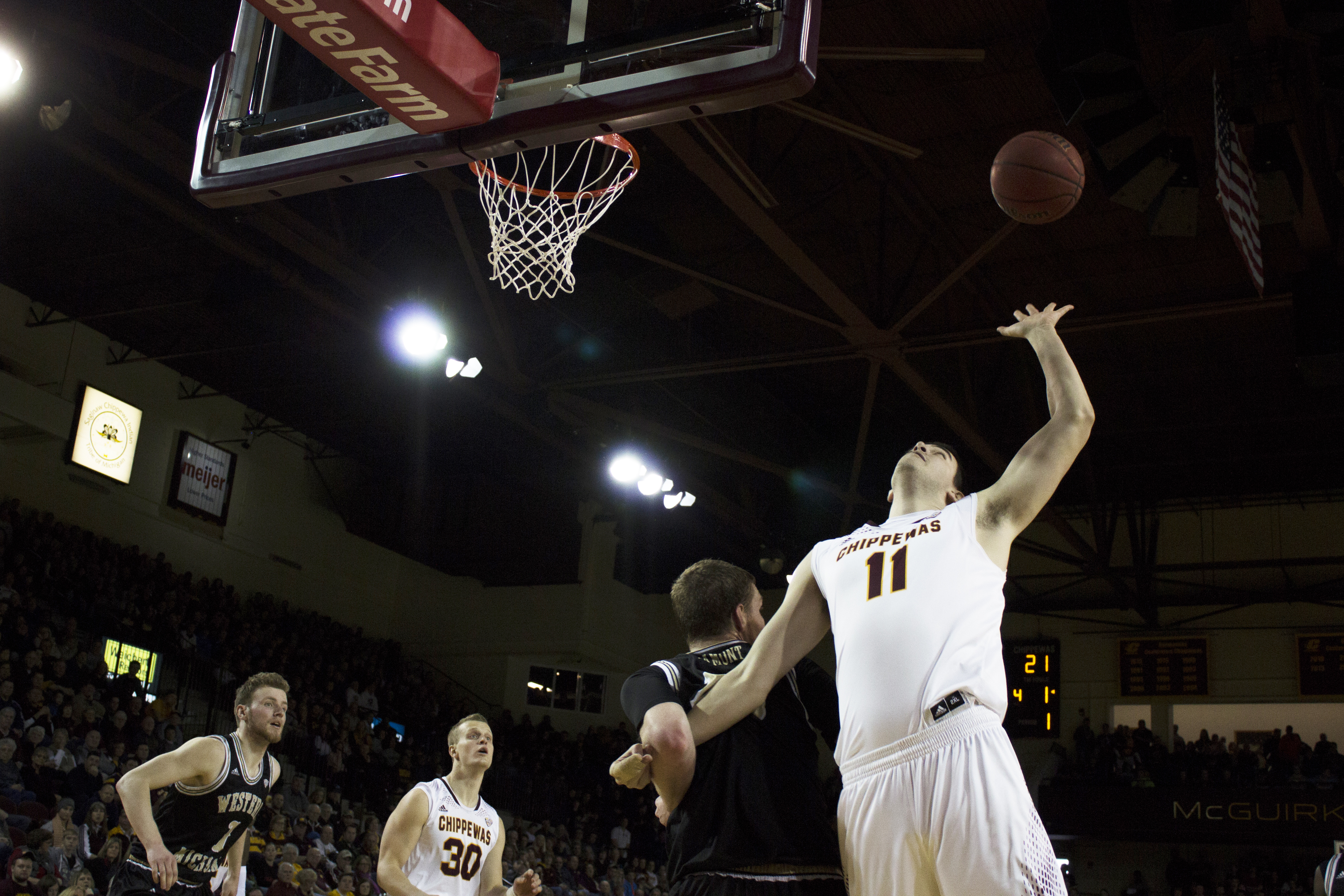 With how the Central Michigan University men’s basketball has played in the past decade, no one expected this year’s team to be at the top of their conference.

But the Chippewas did just that, snatching away the MAC West’s top spot in the 2014-15 season.

Unfortunately for fans and players, the team hasn’t seen a winning season in more than 11 years, since 2002-03. But this year, everything changed.

This season, CMU posted a 16-1 record at home, a conference record of 12-6 and an overall record of 23-9. They also had two six-game winning streaks during their season.

Fans flocked to their newfound success. CMU students and basketball lovers alike packed McGuirk Arena on several occasions this season, including two games where more than 4,000 fans were in attendance.

CMU had their best month in February, going 6-2 on their way to clinching the MAC West division title. They earned a number one overall seed in the MAC tournament, and beat Toledo to advance to the MAC championship game against Buffalo – a game where an advance to the NCAA tournament was up for grabs. CMU eventually lost that game, but did get an invitation to the NIT tournament.

In the opening round of the NIT tournament, the Chippewas faced Louisiana Tech – who they fell to in a close game of 89-79. Regardless, the Chippewas have fought long and hard this season, and that hasn’t gone unnoticed.

In his third season as head coach, Keno Davis has completely turned the course of men’s basketball. He not only led CMU to its first NIT appearance since 1979, but he also is a finalist for the Durham Award, an award that is given annually to the nation’s top mid-major coach.

Davis isn’t the only one potentially receiving awards for success this season. Southfield junior and point guard Chris Fowler is a finalist for the Lou Henson Award. CMU’s leading scorer also was First Team All-MAC this season and the runner-up for the 2015 MAC Player of the Year Award.

Fowler averaged more than 16 points per game, six assists and averaged the most minutes on the team – with just over 34 per game. Not to mention, Fowler also holds the all-time assist record at CMU.

Other major contributors to the outstanding team this year were John Simons and Braylon Rayson, who both averaged over double digits in points per game. Simons averaged more than 12 points, while shooting 45 percent from beyond the arc – ranking him 32 in the nation. Rayson averaged 11 points per game, while breaking a program record in free throw percentage at 89 percent.

Rounding out the team, Rayshawn Simmons scored more than nine points per game for the Chippewas.

CMU is still a young team, only having two seniors graduating this year. Keno Davis is very optimistic about the future of the team and what they can accomplish next season.