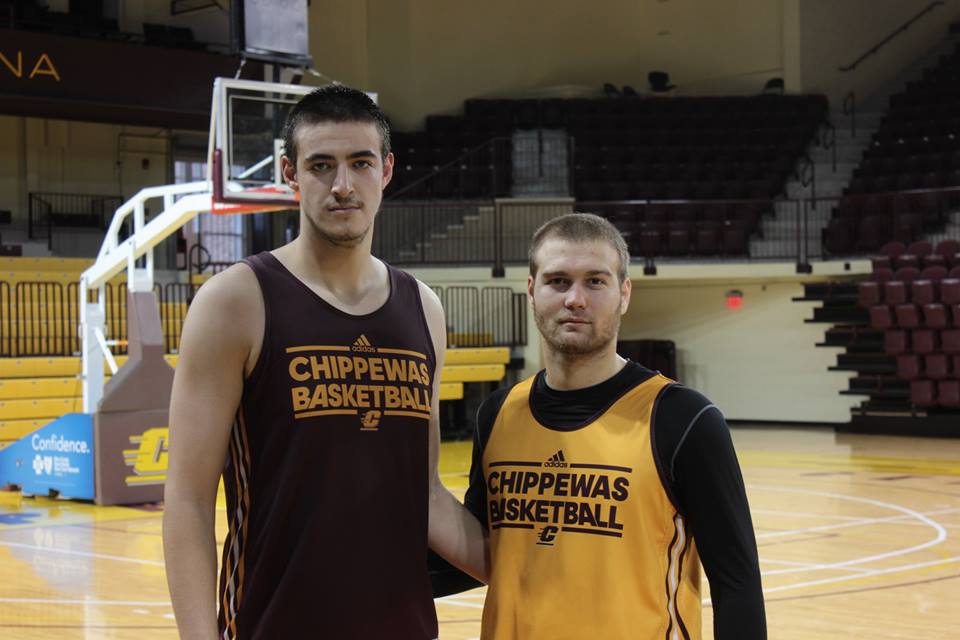 From Predrag Stojakovic and Vlade Divac to Vladimir Radmanovic, there is one thing that Serbia is certainly known for – skilled basketball players.

Luckily, this season Central Michigan University’s mens basketball team will debut its own dynamic duo of Serbian-born players. Guard, Filip Medjo, and center, Milos Cabarkapa, plan to bring more than just a different cultural background to the team, but talent.

Both coming from the city of Belgrade, the capital and largest city in Serbia, Cabarkapa and Medjo have been playing the game of basketball since childhood. Both starting around the age of seven, this duo not only has skill to bank on, but experience as well.

After getting to know one another and realizing they have the same hometown, Medjo said he feels more comfortable at CMU knowing there is someone else who has had to make similar adjustments.

“He was one of the biggest reasons why I came here, because you have someone who is from your country and who you can ask for advice,” Medjo said.

Head coach Keno Davis said that while he thought Mount Pleasant was going to be a comfortable environment for the players, there were a number of factors that had to be right in order for them to feel at home.

“Coming to campus and feeling comfortable, not just with the campus and the community, but with the team as well, and to be able to realize that there was going to be a home away from home are all very important things for an international athlete,” Davis said.

When Davis was recruiting Medjo, Cabarkapa wound up playing an important factor.

“I think all those things that attracted Milos to CMU also attracted Filip, but on top of that, you have somebody from your own country that’s in the program,” Davis said.

One obstacle that is of equal difficulty for international students from all areas of the world is communication – especially when English isn’t a first language.

“When I came here eight months ago, my English was zero,” Medjo said. “I knew just ‘yes’ and ‘no’ and that was it.”

“(Medjo) is already in a good position, as a guard, and he’s strong and only getting stronger,” Davis said. “He’s going to have an opportunity to compete right away for playing time.”

Even with all the adjustments that Medjo and Cabarkapa have had to go through, they are ready for the new season to start together.

“I’m excited for the season,” Cabarkapa said. “It was hard last season being on the bench looking at the guys lose and you can’t do anything about it, but this season I have a chance to change the team and help them out. I am definitely looking forward to winning some games.”